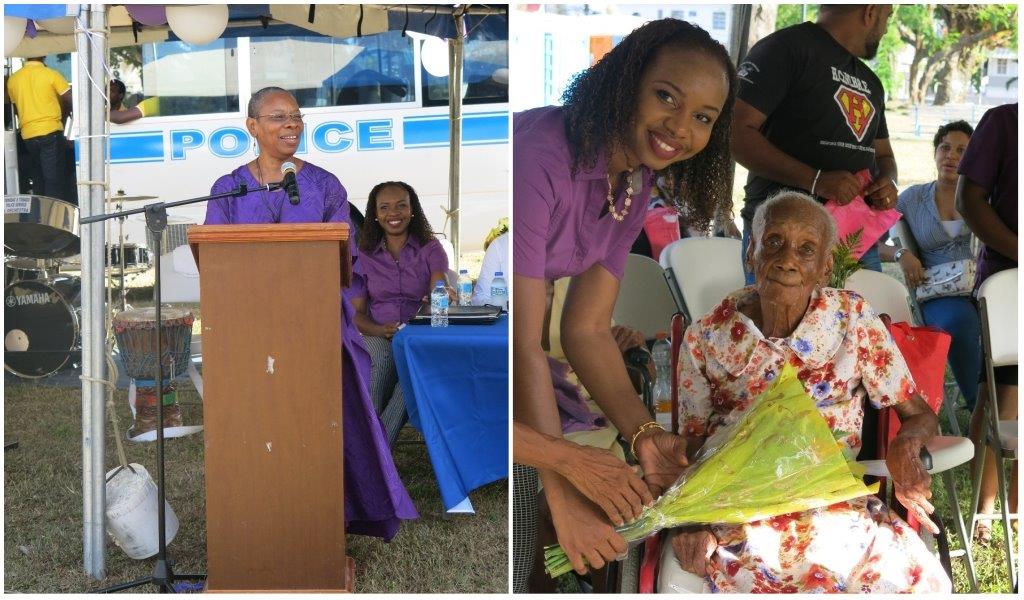 “Between October 2017 and March 2018, there were 72 cases of elder abuse, 42 cases of abuse occurring in private homes and 30 cases reported in elderly caregiving facilities in Trinidad and Tobago,” says Dr Jennifer Rouse, Director of the Division of Ageing of the Ministry of Social Development and Family Services.

Dr Rouse was delivering the feature address at the Victim and Witness Support Unit, Trinidad and Tobago Police Service (TTPS) and the Woodbrook Police Station’s World Elder Abuse Awareness Day event on June 9, 2018 at Adam Smith Square, Woodbrook. The theme for the event was “Elder Abuse: The Silent Consequence of Domestic Violence Raising Awareness and Encouraging Resilience and Empowerment.”

“These 72 cases of elder abuse equate to 12 cases per month. One case of abuse is too much. The Ministry’s OPIC Centre (Older Persons Information Centre) initially established as a referral facility experienced an upsurge in the number of cases of complaints in elder abuse”, Dr Rouse continued.

Also delivering remarks was Erla Christopher, Deputy Commissioner of Police who indicated that between 2016 and 2018, of the 2562 reports received, 21 percent were committed against persons 65 and over.

Assistant Superintendent of the Port of Spain Division, Discipline and Community Relations, Elie, who also addressed the audience, urged that there is a need to “Learn the Signs, Break the Silence.” He indicated that the TTPS will seek to increase visitation to homes for the elderly and collaborate with NGOs and agencies that have knowledge and experience in identifying signs of elder abuse.

During the event, special homage was paid to 102-year-old Esther Waldron. Ninety-nine-year-old Ianthe Layne and Lynette Dolly were also acknowledged.

The United Nations General Assembly, designated June 15 as World Elder Abuse Awareness Day. It represents the one day in the year when the whole world voices its opposition to the abuse and suffering inflicted on some of our older persons.