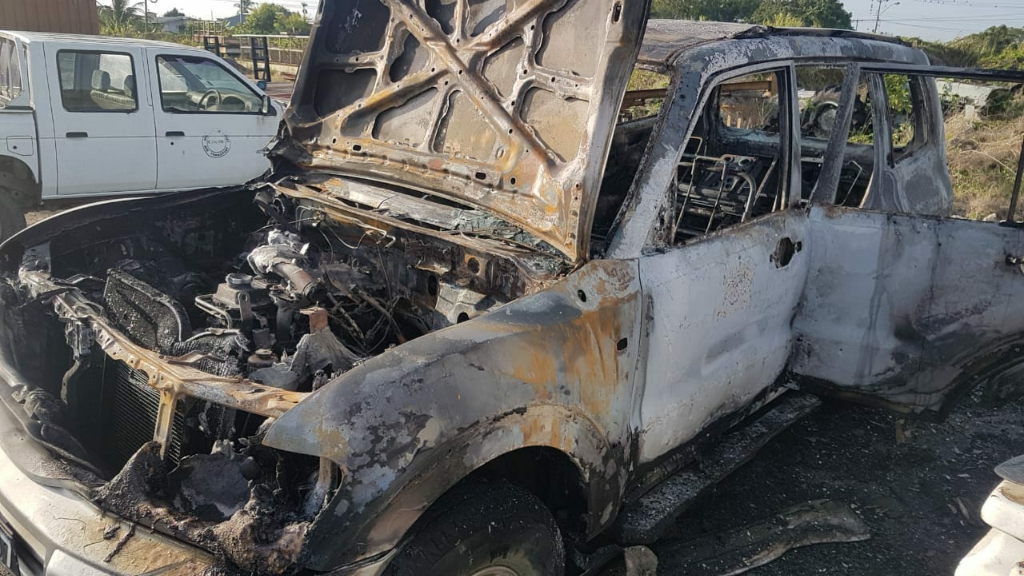 Police are said to be investigating a report in which two vehicles were destroyed by fire at the Ministry of Works’ Woodford Lodge, Chaguanas office.

According to police reports, on Monday night, smoke was seen coming from two vehicles – a Nissan pickup van and a Mitsubishi SUV.

Two men were allegedly seen running from the scene, into a bushy area near Perseverance Road, Chaguanas.

The two vehicles were completely destroyed by the incident.

Fire officers and officials from the Chaguanas Police Station have both been notified and are conducting inquiries.

The vehicles, LoopTT were told, was parked at the location as they were not fully functional and in need of repairs.