Likkle but she tallawah: Davina turns personal tragedy into triumph 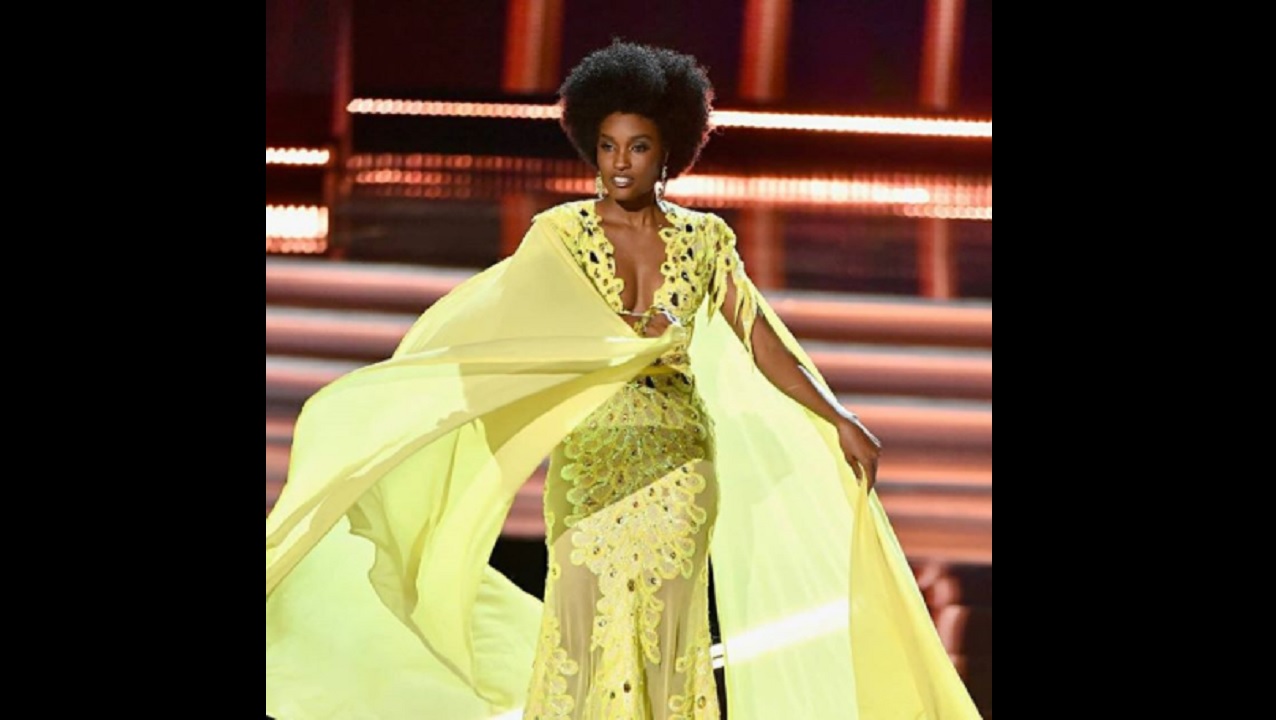 Although she didn't win Miss Universe, Miss Jamaica Davina Bennett, is on everyone's lips. In addition to her striking beauty, her grace, class (and that 'fro!) struck a chord with many people, regardless of whether they're Jamaican or not.

Her road to Miss Universe was not an easy one and yet, it's likely that past trials and tribulations helped to develop the Bennett into the #melaningoals that young girls everywhere are now aspiring to.

For one, even with her killer walk, she was rejected by three modelling agencies after a phenomenal debut at London Fashion Week in 2016. Following that, she came back to Jamaica to complete her marketing degree.

Modelling has always been a dream of mine, but when I went overseas and didn’t get signed for the third time, I was disappointed. I felt like it was the end of the world for me at the time, but it didn’t stop me from still pushing to be great.

Just two months later, Davina was diagnosed with an ovarian cyst that ruptured and required her to have serious surgery.

If that weren't enough, in March of this year, she was robbed at gunpoint. It was an experience she thought would end her life, she said in an interview with the Jamaica Gleaner.

“When I was held at gunpoint and robbed, I really thought my life was going to be taken. I was on the ground, they had guns over my head and everything was taken from me. When I came out of it, I was down and depressed for a few weeks, but I remember thinking that if I lived, there must be a purpose for me. It can’t be that I came out of this and did nothing with the adversity that I had overcome.”

Instead of letting the trauma get the best of her, Davina became her own pillar of strength, rewriting the script for her future.

She joined the Caribbean Sway Modeling Agency as a director and modeling coach where she met deaf model Brittney Barnes. Refusing to let there be any barriers to communication, Davina began developing a sign language app that will help herself and others communicate and learn sign language. Her goal in advocating for the deaf is to break the stigmas that they are faced with and to bridge the gap between the deaf and their hearing counterparts.

And, today, with Shonda Rhimes--one of the most powerful Black women in Hollywood--singing her praises, there's actually nowhere else for Davina to go but up.

I am clearly going to need some Miss Jamaica dolls for my daughters. So they can play with a doll that shows them they are fully EVERYTHING the universe ever needed.

Davina may not have won the competition, but it seems that Miss Universe has served to introduce her to us, and there's little doubt that many doors will be opened for her to make a deeper impact on the world.