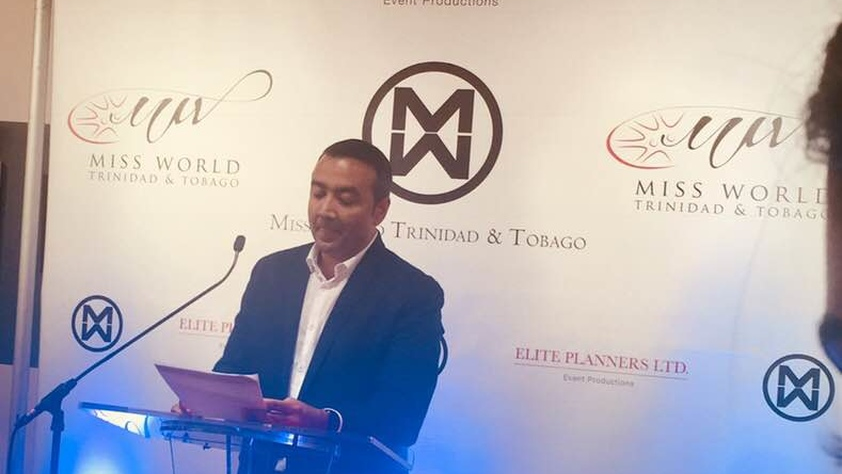 The Trinidad and Tobago Miss World franchise is now in new hands.

Elite Planners Ltd, owned by Brian Gopaul, has taken over the franchise in Trinidad and Tobago.

The announcement was made at a launch on Saturday evening held at the 101 Art Gallery on Woodford Street.

Speaking before a room of specially invited guests including Miss World 1986, Giselle Laronde-West, former national director Peter Elias and many former Miss World delegates, Gopaul said he thought long and hard about taking on the responsibility of the Miss World pageant.

He said despite being told it would be hard and there would be many challenges, he did it for one reason: love of country.

“I think it all boiled down to passion and having faith in Trinidad and Tobago still. And regardless of how things might have unfolded with the pageant over the years, I think it is a responsibility of one person to make a change and if one person could influence everybody we could make the change. I just thought we needed to have faith and bring back the prestige to pageantry,” he told Loop.

Through the speeches and video presentations, guests were reminded of T&T’s successful history in the Miss World competition over the years including Gabrielle Walcott’s Beauty with a Purpose win in 2008.

The Miss World franchise was previously held by Vanessa Sahatoo-Manoo and was plagued with all sorts of controversy.

While no names were called, there were some expressions of hope that under new leadership, T&T could once again regain its position as a country to be reckoned with on the Miss World stage.

In her address, Laronde-West said the state of the pageant in recent years and the treatment of the delegates were tear-jerking.

“I am very, very happy to see we have someone at the helm who could take Trinidad and Tobago forward,” she said, noting that she had only recently met Gopaul.

Port-of-Spain Mayor Joel Martinez noted Jamaica’s successes in the pageant world and declared that it was time for T&T to re-establish itself as the number one country in the region for beautiful women.

For Elias, the new Miss World leadership makes him hopeful.

“I am so happy this is happening and I hope it positively inspires others in other arenas,” he said.

Casting for the Miss World/TT competition will begin on May 26 at Cascadia Hotel with a preliminary screening of candidates. The final screening will be held on May 27.