'Mission: Impossible: Fallout' shoots to No. 1 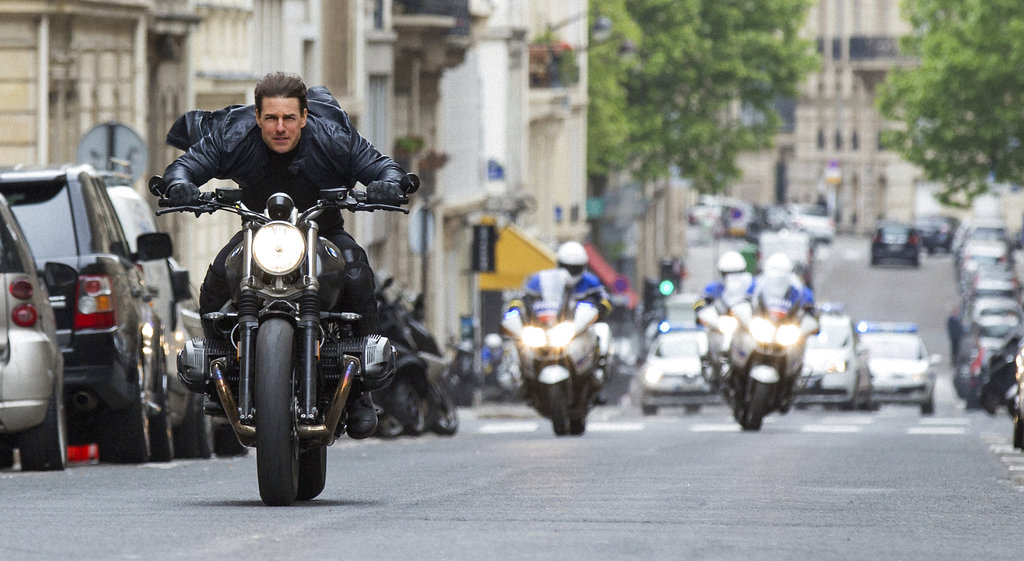 "Mission: Impossible — Fallout" easily took the No. 1 spot on the domestic charts this weekend. Paramount Pictures estimates that it earned $61.5 million from 4,386 North American theaters.

Not accounting for inflation, it's a best for the long-running franchise, which has grossed $2.8 billion worldwide, and one of Cruise's biggest too (just shy of "War of the Worlds'" $64.9 million debut in 2005). Internationally, the film earned $92 million from 36 markets which is also a franchise best.

Directed by Christopher McQuarrie, "Fallout" has scored some of the best reviews in the series and has been in the news cycle for almost a year. Talk about the film started early, in August of 2017, when Cruise broke his ankle performing a stunt in London with video to prove it.

"Paramount was strategically perfect in their marketing and publicity game," said comScore senior media analyst Paul Dergarabedian. "They showed how important a star's presence is in marketing the movie early on. Tom Cruise broke his ankle and they made that into a positive for the movie — it fed the Tom Cruise 'Mission: Impossible' mystique."

Second place went to "Mamma Mia! Here We Go Again," which fell 57 percent in its second weekend in theaters, to earn $15 million. It was a much steeper decline than the first film, which dropped only 36 percent between its first and second weekends.

The animated "Teen Titans Go! To the Movies," a feature spinoff of the Cartoon Network television show about Robin and some of the lesser-known DC superheroes, was the only major film to open against "Fallout." The Warner Bros. release earned $10.5 million and landed in fifth place.

The film earned positive reviews from critics and younger audiences, but also faced a fair amount of animated competition from both "Hotel Transylvania 3" and "Incredibles 2," which is still going strong in its seventh weekend and headed toward the $1 billion mark. As of Sunday the Disney/Pixar sequel had earned an estimated $995.5 million globally.

But although $10.5 million might seem on the lower side, "Teen Titans" also cost only $10 million to produce.

"Family movies like this will play for a lot of weeks," said Warner Bros.' domestic distribution president Jeff Goldstein. "The whole objective of this movie was to work with our cousins in other Warner units for brand identification."

Estimated ticket sales for Friday through Sunday at U.S. and Canadian theaters, according to comScore. Final domestic figures will be released Monday.

Universal and Focus are owned by NBC Universal, a unit of Comcast Corp.; Sony, Columbia, Sony Screen Gems and Sony Pictures Classics are units of Sony Corp.; Paramount is owned by Viacom Inc.; Disney, Pixar and Marvel are owned by The Walt Disney Co.; Miramax is owned by Filmyard Holdings LLC; 20th Century Fox and Fox Searchlight are owned by 21st Century Fox; Warner Bros. and New Line are units of Time Warner Inc.; MGM is owned by a group of former creditors including Highland Capital, Anchorage Advisors and Carl Icahn; Lionsgate is owned by Lions Gate Entertainment Corp.; IFC is owned by AMC Networks Inc.; Rogue is owned by Relativity Media LLC.

Loop at the Movies: Mission: Impossible-Fallout

Loop at the Movies: Ant-Man and the Wasp

Loop at the Movies: Incredibles 2