Mnuchin says US and China putting trade war on hold 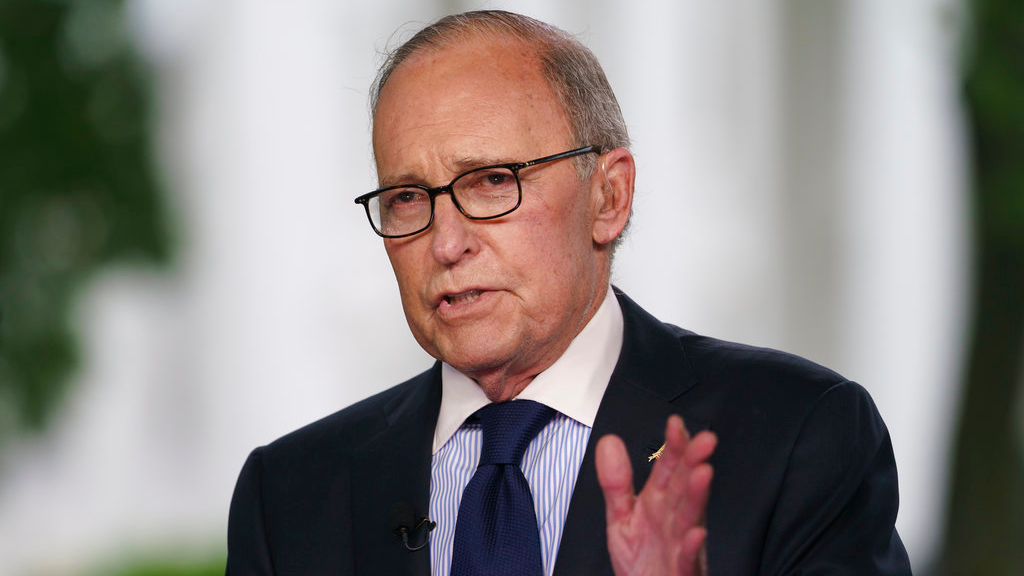 Treasury Secretary Steven Mnuchin said Sunday that the United States and China are stepping back from a possible trade war after two days of talks that produced "meaningful progress."

Despite not getting China to agree to trim its overall trade surplus with America by a specific amount, Mnuchin said the U.S. team did get a number of commitments on a framework for reducing the deficit over time, including big increases in purchases of farm products and a doubling of purchases of U.S. energy products.

"We are putting the trade war on hold," Mnuchin said on "Fox News Sunday."

Because of the progress made in negotiations, Mnuchin said the Trump administration has agreed to put on hold punitive tariffs on up to $150 billion in Chinese products. China had promised to retaliate in a move that threatened a tit-for-tat trade war.

Both Mnuchin and Larry Kudlow, head of the president's National Economic Council, said that while China did not agree to meet the $200 billion deficit reduction goal that President Donald Trump has discussed, the Chinese did agree to steps that could ultimately mean big cuts in the trade gap between the two nations.

Mnuchin said Commerce Secretary Wilbur Ross would soon be traveling to China to follow up on the discussions held Thursday and Friday in Washington.

On Saturday, the White House issued a joint statement from world's two biggest economic powers in which the U.S. and China pledged to take measures to "substantially reduce" America's massive trade deficit.

In the statement, Beijing committed to "significantly increase" its purchases of American goods and services, saying that the increase would "meet the growing consumption needs of the Chinese people and the need for high-quality economic development." The two countries also agreed on "meaningful increases" of U.S. agriculture and energy exports and greater efforts to increase trade in manufactured goods and services. The U.S. said it would send a team to China to work out the details.

The statement, however, provided no dollar amounts on how much China might boost its purchases of American products. Kudlow, appearing Sunday on ABC, said that the $200 billion reduction target "interests the president a lot" and that both U.S. and Chinese negotiators have used that figure in the discussions "as a rough ballpark estimate."

Last year, the U.S. had a record deficit with China in merchandise trade of $375 billion, the largest with any nation.

Trade analysts said it was highly unlikely that China would ever agree to a numerical target for cutting the trade gap, but they said the talks likely were more successful in de-escalating trade tensions.

"It is likely that this agreement, weak and vague though it is, will serve as grounds to at least delay the imposition of tariffs," said Eswar Prasad, an economist and trade expert at Cornell University.

"The Trump administration seems eager to engineer at minimum a temporary peace with China to ensure a smooth run-up to the Kim-Trump summit in June," Prasad said, referring to the June 12 meeting between President Donald Trump and North Korean leader Kim Jong Un.

Trump campaigned in 2016 on a pledge to get tough on China and other U.S. trading partners. He views the massive U.S. trade deficit with China as evidence that Beijing is engaged in abusive trading practices and has outmaneuvered previous U.S. administrations.

Last month, the administration proposed tariffs on $50 billion of Chinese imports to protest the forced technology transfers. Trump later ordered Lighthizer to seek up to an additional $100 billion in Chinese products to tax.

China responded by targeting $50 billion in U.S. products, including soybeans — a shot at Trump supporters in America's heartland. The prospect of an escalating trade war has shaken financial markets and alarmed business leaders.

The ban amounted to a death sentence for ZTE, which relies heavily on U.S. parts, and the company announced that it was halting operations. A week ago, Trump tweeted that he was working with Chinese President Xi Jinping to put ZTE "back in business, fast." Media reports suggested that the U.S. was offering to swap a ZTE rescue for an end to proposed Chinese tariffs on U.S. farm products.

Trump suggesting China will 'take down' its trade barriers