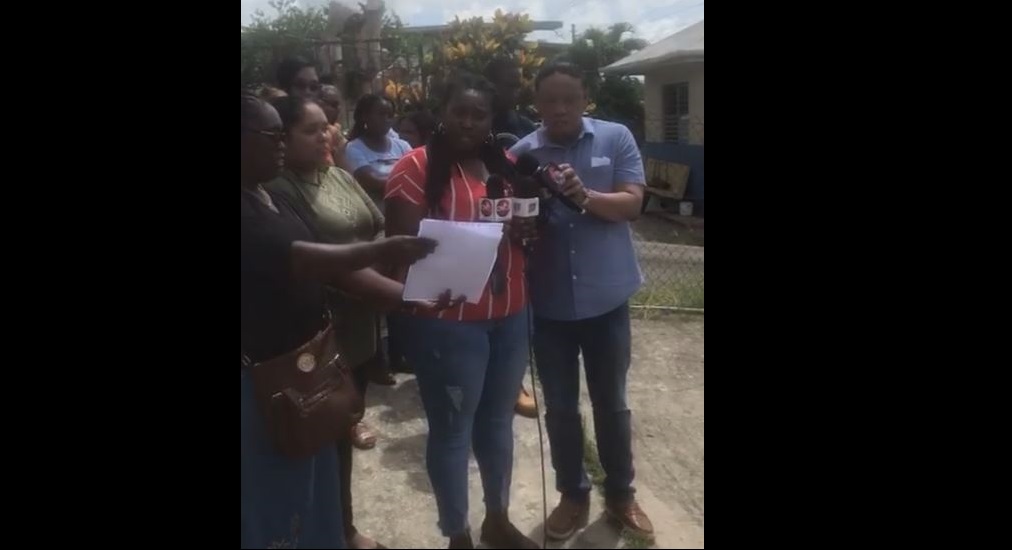 Former Education Minister Dr Tim Gopeesingh has criticised the Government's failure to relocate students of the Claxton Bay Junior Anglican School after they joined their parents in protest outside the compound on Friday.

The 100-year old school was shut down by the Occupational Safety and Health Administration (OSHA) on September 4, 2019, due to unsafe conditions. 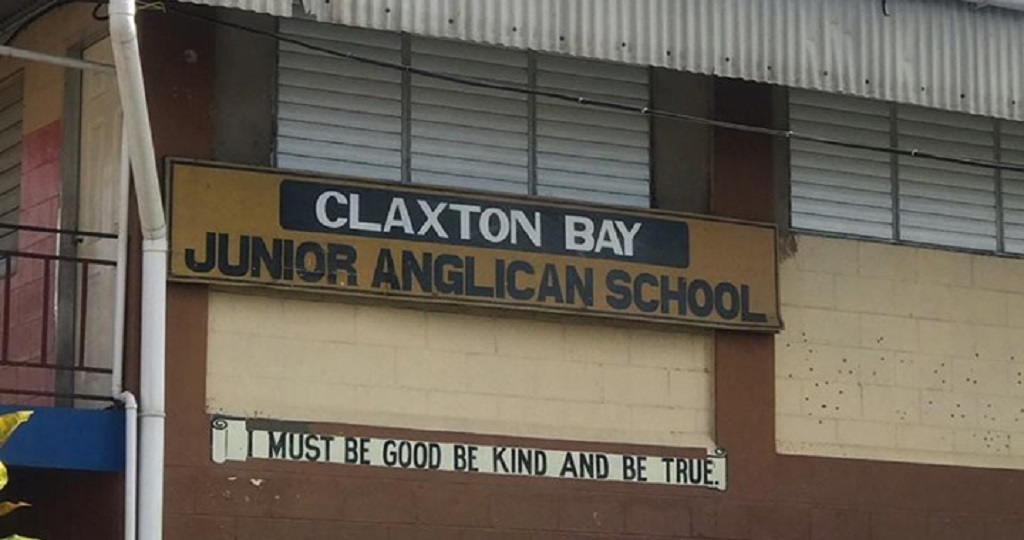 Meghan Charles, the mother of a first year student, spoke on behalf of parents. She began by giving a disclaimer that the demonstration was not politically motivated. Soon after, she broke down in tears as she lamented the fact that students have not been able to receive an education. Charles also criticized Minister of State in the Ministry of Education, Dr Lovell Francis, for his failure to keep his promise to resolve the issue.

"On September 4th, Mr Lovell visited and had a meeting. He also gave us promises that our children would have been placed in Marabella Junior Sec, two to three weeks prior to the meeting. That time has passed."

"Our children are still home, not ah answer as to when this will happen, when they will start school. It is frustrating for parents because now we are faced with financial difficulties; now yuh have to find day care, yuh have to find aftercare for your children which is very hard for us especially as single parents and it has not been decided as to when we will have our school, when our children will be there, it is frustrating."

The parent also questioned if the assurances given by the Minister were because of the upcoming local government and general elections. She further stated that the suggestion to occupy students at the Marabella Junior Secondary School is no longer viable.

"We are no longer accepting Marabella Junior as ah option for us. We would like this school, here, to be demolished and build with the pre-fab that you have promised us which fell on deaf ears. This information was very misleading due to, it was given two days before the budget was read."

"Being a Minister in high office, for you to feed us those lies and have us believing our children will be in school on Tuesday, when nothing in Marabella have started; grass has not been cut, no painting, nothing."

Point-a-Pierre MP David Lee was also present and noted that after the school's closure, parents were not allowed to retrieve their children's supplies. He therefore pleaded with OSHA to allow them to enter the building and get the items.

In a statement following the strike, Dr Gopeesingh chastised Education Minister Anthony Garcia and junior Minister Francis for breaking their promise to provide alternative accommodation for the 166 displaced students and 11 teachers.

Before the closure of the building, parents had clamoured for urgent repairs or the allocation of proper new facilities.

"After the orders of OSHA, Dr Francis visited the premises and assured that short-term accommodation would be provided on that very day. He said the Ministry was working 'to get a good solution so the children don’t miss out on a day of their education.' That promise was as empty and as fake as many others issued over the past four years by Mr. Garcia and Dr. Francis," the release said.

The former Education Minister denounced the fact that students’ education was being affected. This, as he pointed to issues at other learning facilities and institutions.

"During the recent budget debate in the House of Representatives, Mr Garcia uttered Anancy stories with respect to the completion and upkeep of schools and Early Childhood Care Centres (ECCE) and the provision of amenities and other resources. The state of affairs at Couva West Secondary School is another graphic example of the Ministers’ uselessness and ineptitude."

"Students’ learning was disrupted by problems of sewerage disposal, faulty plumbing and leaking roofs, but Mr Garcia sought to trivialise the matter during the meeting of the Standing Committee of the House of Representatives. There are similar festering problems at several schools across the country, and they all depict the dreadful incompetence of the worst Ministers of Education in Trinidad and Tobago’s modern history," he ended.