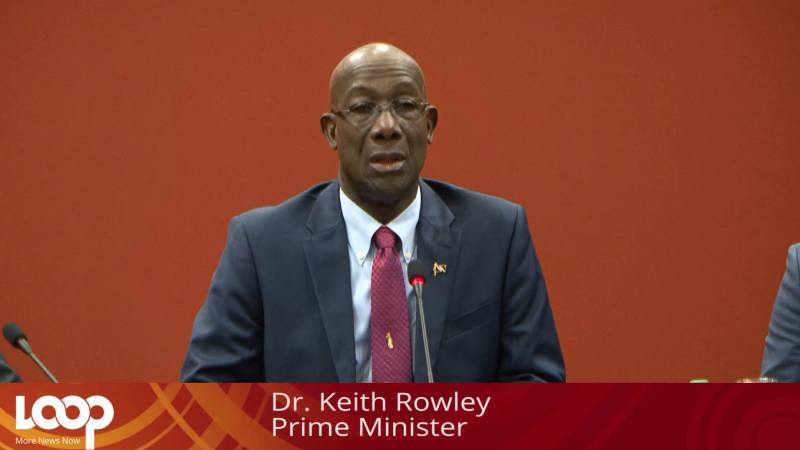 Maharaj was condemned by the PNM and Communications Minister Stuart Young after he shared Dr Rowley's number over the weekend. The number has since been put out of service.

"The threats of sedition and other criminal charges against former Government Minister Devant Maharaj is further dramatic proof that the Rowley regime has gone fully rogue and has turned against the masses."

He said the claim that Maharaj faces sedition is 'particularly alarming and disturbing'.

"Sedition is normally associated with bloody attempts to overthrow a government and is utilised only by repressive and tyrannical administrations."

"While Dr. Rowley’s ominous threat pertains to the disclosure of his telephone number, Commissioner of Police Gary Griffith has publicly provided his contact information. Indeed President Donald Trump has give his telephone number to any American citizen."

"In addition, the telephone being utilised by Dr. Rowley is a public service tool, paid for by taxpayers. So the message from is that the taxpayers can pay the bill but just don’t call."

"The phone can be used by the Prime Minister to call his friend who owns A&V Drilling, a company accused of fraud of almost $100 million taxpayer funds in the infamous “fake oil scandal”."

"In the United States and other modern democracies, telephone numbers are routinely provided and constituents are invited to call their respective Congressmen on matters of public interest. In this country a former Works Minister even put his telephone number on a public billboard, when asking aggrieved citizens to call him," he said.

"As Minister of Housing, my personal telephone number was known to all and sundry. If the Prime Minister is the recipient of threats, harassing or intimidating calls, there are ways within the law to deal with this. Although, I don’t know why anyone will want to abuse, intimidate or harass the Prime Minister. I should think it is a citizen’s honour to speak to the Honorable Prime Minister."

"The Prime Minister may feel threatened and harassed by the agitated, fed up and tired passengers of the Galleon Passage but thankfully his mood would change in the coming days when he will host “carols and cocktails at the castle”."

"In the 2015 general election manifesto, Dr. Rowley promised transparent and open government and pledged on-going consultations with the population."

"With its continued failure in office, the PNM regime is becoming more and more despotic and authoritarian, is seeking to prosecute critics and distance itself from citizens."

"The country should take careful note that the attempt to indict Mr. Maharaj emphasises the totalitarian tendencies of the inept Rowley regime," he said.