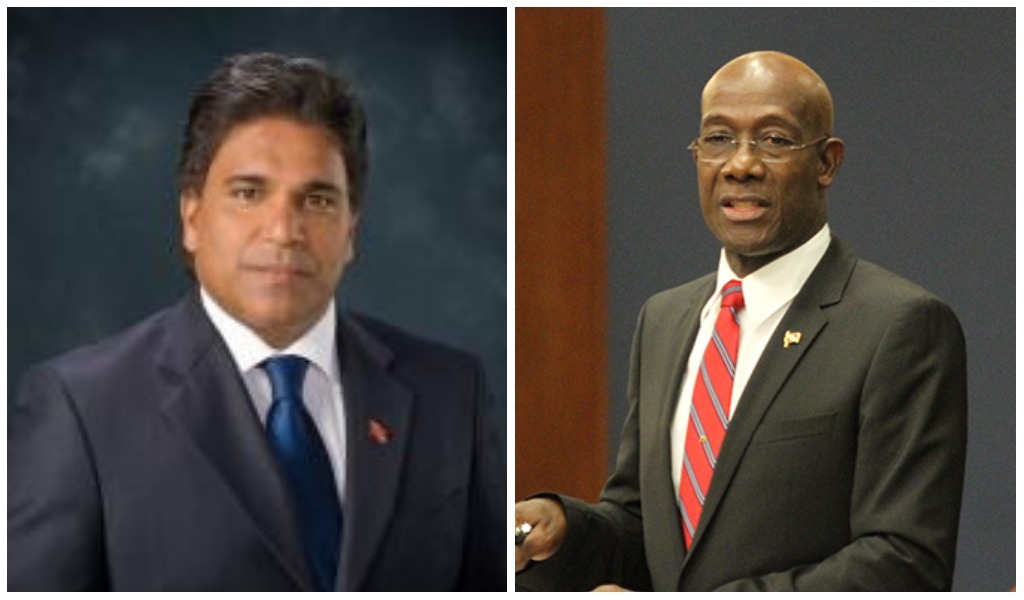 A war of words has erupted between Prime Minister Dr. Keith Rowley and Opposition MP Dr. Roodal Moonilal, following statements uttered by Moonilal in Parliament on Friday, statements which he later withdrew.

On Monday, Rowley issued a statement in which he threatened legal action and denied that he or his wife received any wire transfers or cheques on or behalf of A&V Drilling, the company implicated in the fake oil scandal.

However, speaking at a media conference in Debe on Wednesday, Moonilal responded to the Prime Minister, saying he never made reference to him or any of his family members while speaking in Parliament last week.

"The Prime Minister was not in Parliament for reasons known to him last Friday. The Prime Minister clearly was not briefed on what transpired. When I heard the Prime Minister talking about his family and his wife and so on, where did he get that from? At no point during my parliamentary contribution, I made reference to any member of his family. Nobody has accused his family of anything. In fact, strange enough, I have not accused him of anything," Moonilal told reporters in Debe yesterday.

The Oropouche East MP also slammed statements made by the Prime Minister during a tour of the Red House,in which Rowley told reporters that he was wearing a "sh*t-kicker" and that he was hoping to meet Moonilal on the tour.

Moonilal described the statements as vulgar and obscene.

"And I take umbrage to his startlingly vulgar comments...What Dr. Rowley is doing is instigating, inspiring and encouraging violence as a resolution to a dispute. We have a dispute. So with this threat to kick me up, because that is what he is saying essentially, it is a threat," Moonilal said.

The Oropouche East MP added that he has more revelations to make in the future, regarding the fake oil scandal.

"I want to alert the country that there are many more revelations to come out on the A&V Drilling fake oil matter. This is a matter in which about four governments could fall. It is a transnational, international conspiracy that involves Trinidad and Tobago...This is big and there will be more revelations to come," Moonilal noted.