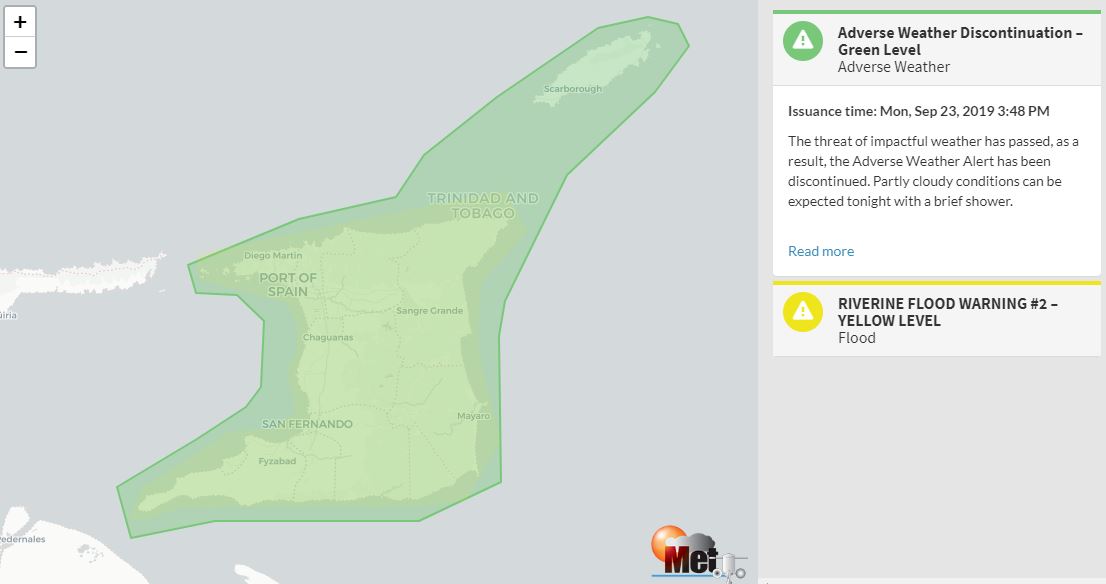 The threat of impactful weather has passed.

This was disclosed by the Trinidad and Tobago Meteorological Service (Met Office).

The Met Office says as a result, the Adverse Weather Alert has been discontinued.

Partly cloudy conditions can be expected on Monday night with a brief shower.

Continue to monitor updates from the official weather source at www.metoffice.gov.tt. For additional information visit www.odpm.gov.tt.

The Trinidad and Tobago Meteorological Service has reverted its adverse weather alert to yellow, following the passage of Tropical Storm Karen.

In an update on Monday, the Met Office said there was a medium chance of showers (60 percent), which could result in street/flash flooding.

The Met Office said land surfaces are still relatively saturated which increases the likelihood of flooding as well as landslides/landslips in areas so prone.

Gusts in excess of 55km/h are also possible near heavy showers and thunderstorms. River levels are also relatively high and are being monitored.

A Red Alert for riverine flooding remains in effect.

The country is now on Red Alert as an approaching tropical wave has developed into Tropical Storm Karen. 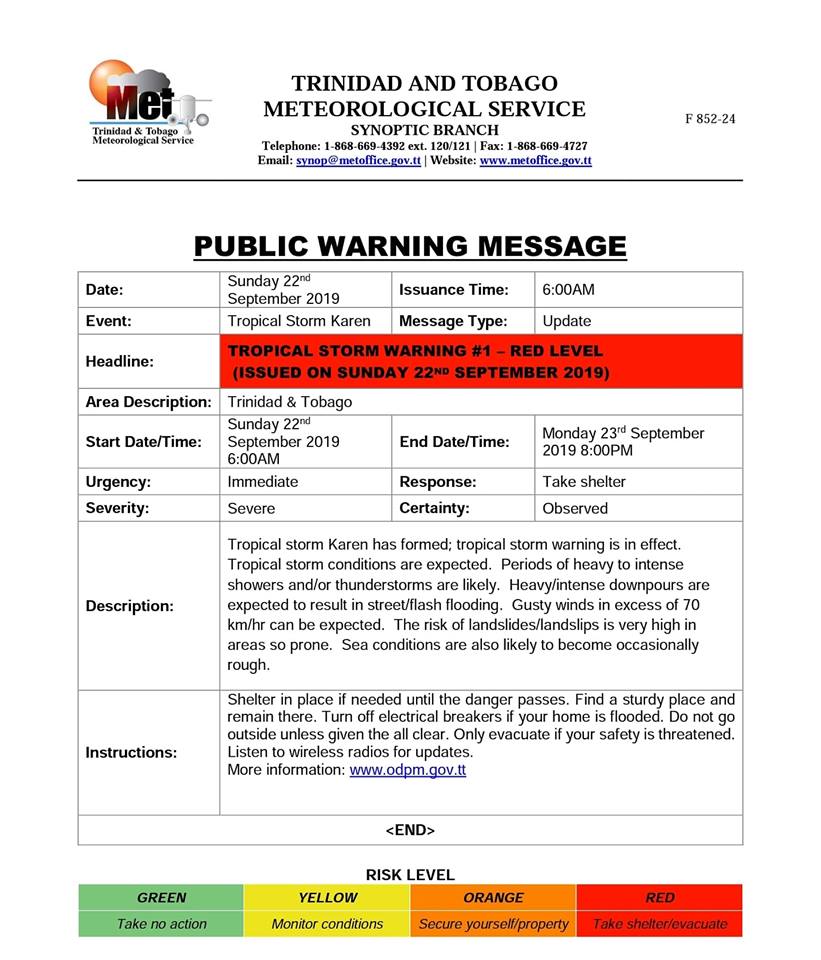 The Trinidad and Tobago Meteorological Service (Met Office) has upgraded its Weather Alert to Orange Level.

In a statement issued around 1:38 pm on Saturday, the Met Office said an intense tropical wave is likely to affect Trinidad and Tobago from 6 am on Sunday 22 September and 8 pm on Monday 23 September.

The Met office said analysis of the latest data has increased the certainty of impactful weather.

Members of the public are advised that heavy/intense downpours will lead to street/flash flooding.

Gusty winds in excess of 65 km/hr can be expected. The risk of landslides/landslips is very high in areas so prone.

The Met Office said adequate preparations should be made to safeguard life and property and a safety plan should be created in case of emergency.

Those living in flood-prone areas, especially along the main river courses and tributaries are asked to please be prepared.

Monitor updates from the Met Office at www.metoffice.gov.tt. For additional information on instructions, visit www.odpm.gov.tt