More security for south with accommodation being built for Regiment 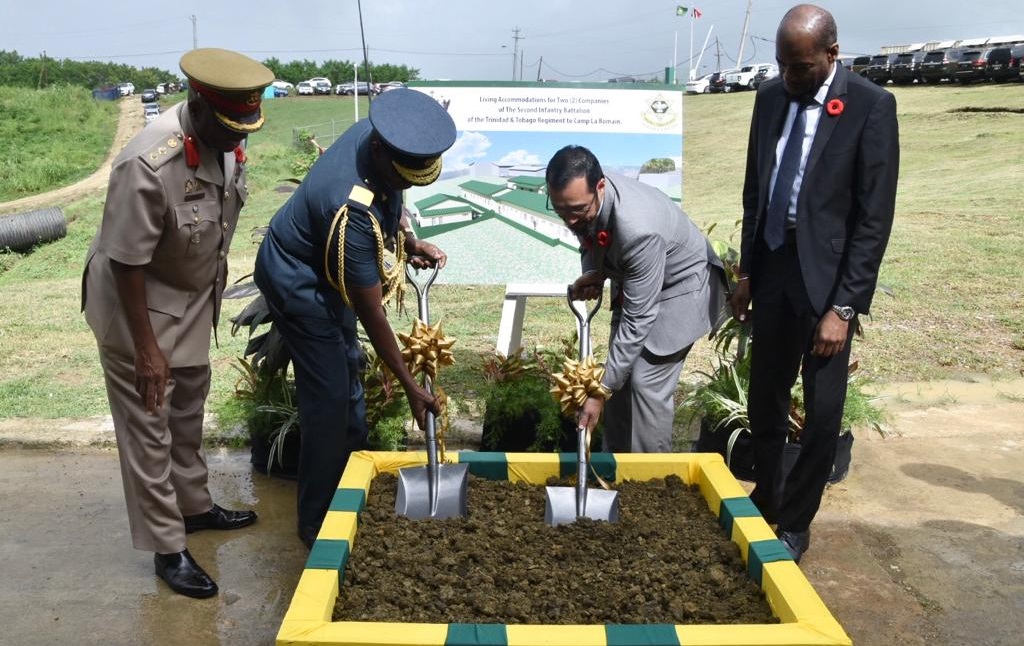 National Security Minister, Stuart Young, is pledging to increase security for people in South, Trinidad, with the construction of new living accommodations for the Second Infantry Battalion of the Trinidad and Tobago Regiment at Camp La Romain.

Minister Young gave the assurance on Tuesday at a sod-turning ceremony for the building.

“The project is part of a larger development plan for Camp La Romain, which will allow for a greater military presence and a greater sense of security to persons residing in southern Trinidad.”

He indicated that the new facility will enhance capabilities for critical energy infrastructure protection and border security, as well as provide support to law enforcement and inter-agency operations.

The Minister took the opportunity to reiterate that the Ministry continues to value the contribution that the Regiment and Defence Force consistently make towards the nation’s security.

Commanding Officer of the Trinidad and Tobago Regiment Colonel Darnley Wyke noted that purpose-built military living accommodations were essential for operational readiness and effectiveness. He also stated that the new living accommodations, when completed, will boost the morale of the men and women of the Second Infantry Battalion.

The project proposes the construction of facilities to accommodate approximately 200 members of the Second Infantry Battalion. These will be outfitted with beds, locker rooms complete with toilet and shower facilities, as well as a recreation area.