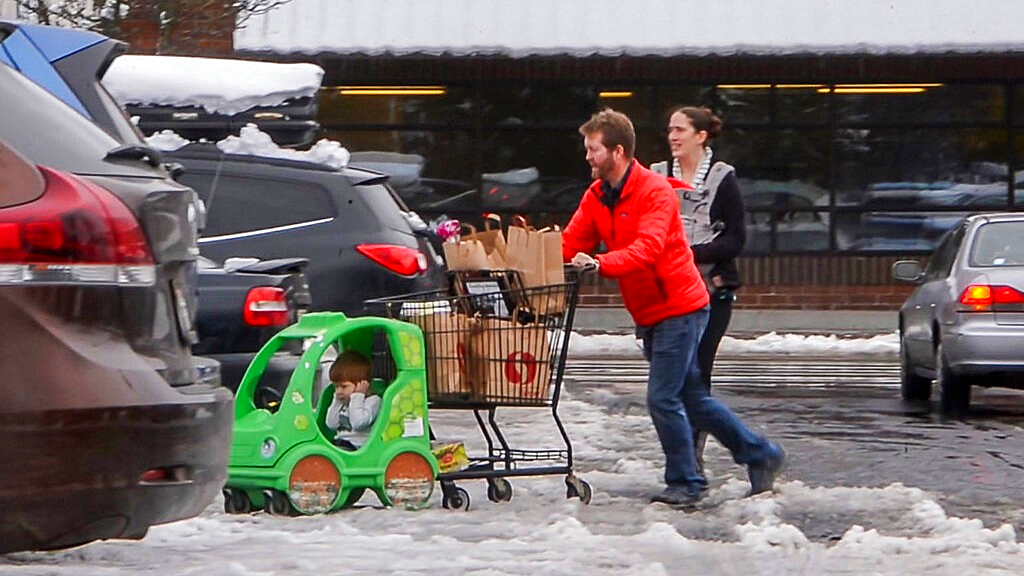 Pacific Northwest residents, more accustomed to rain than snow, found themselves digging out yet again as a fresh round of storms moved over the area, with an additional punch to come early this week.

The sun came out Sunday afternoon, but snow returned in the evening across the Northwest, bringing 1 to 4 new inches (2.5 to 10 centimetres). And another storm bringing snow and the potential for freezing rain was on tap for parts of the Seattle area.

Light snow started to make its way into the interior lowlands in the late afternoon Sunday, the National Weather Service said. It was expected to taper off in time for the Monday morning commute, but the next storm was on its way later in the day. A winter storm watch was in effect from Monday morning through Tuesday afternoon.

Storms have delivered more snow to Seattle in the first days of February than it usually gets in a year, The Seattle Times reported.

Temperatures were in the teens or single digits. It was 9 degrees in Arlington, Washington, early Sunday. The weather service said that was colder than the Arctic coast or North Slope of Alaska.

An expected 2 feet to 4 feet (0.6 meters to 1.2 meters) from Sunday through Wednesday in the Cascades could be welcome to skiers and snowboarders, Will Ahue, a meteorologist with the National Weather Service in Portland, told The Oregonian.

Seattle schools will be closed Monday, along with other area schools.

In Northern California, the latest in a series of storms dusted beaches with snow and caused whiteout conditions on mountain roads. The weather service office in Eureka reported accumulating snow at sea level. KIEM-TV posted photos of Clam Beach in Arcata covered in fresh powder.

The last time Humboldt County beaches saw snow was during the winter of 2002-03, forecasters said.

Snowstorm buries Pacific Northwest, with more on the way