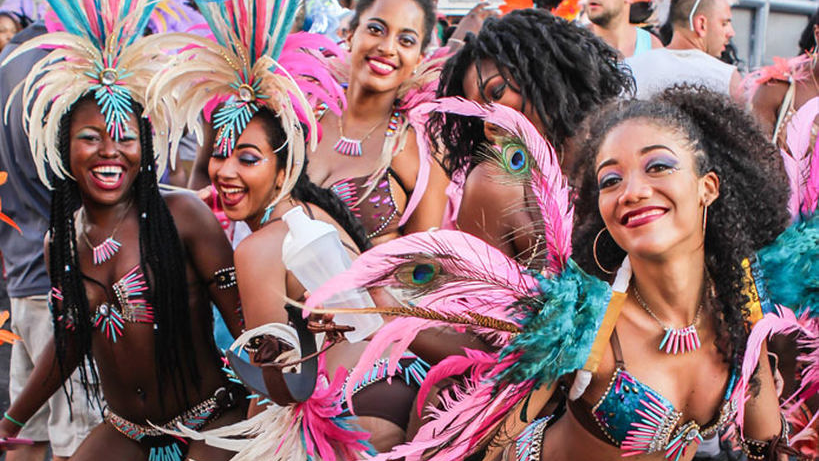 In its second year, Guyana Carnival may attract triple the amount of visitors that went to the South American country last year.

Rawle Ferguson, the founder of the event, said in its inaugural year, the Carnival drew 11,000 visitors.

“This year we are looking for triple that amount. There are 1.6 million Guyanese living in the diaspora and there is major interest,” he said, noting that hotels and airlines are being booked up.

Guyana Carnival takes place from May 17 to 27. Throw in the Buju Banton ‘I Am Legend’ concert on May 26 that Guyana Carnival is staging together with High Frequency Entertainment and King Leo Promotions, and the week is definitely an attractive one.

Although the Carnival will have all the elements that you can expect of a West Indian Carnival: J'ouvert, fetes and costumed bands, Ferguson said this year they want to sell more of a Guyanese experience.

“This year we want more of a Guyanese cultural concept. We will emphasise more on décor, more detail, let people have an experience of Guyana. What you want to do in Guyana is feel a refreshing difference, Guyana is a hospitable country,” he said.

Guyana Carnival will feature three bands with a total of 16 sections and this year, a Big People band, featuring a unique Guyanese cultural element, the one-man band, will be introduced on the road.

Ferguson said there will also be songs by Guyanese artists. Last year there were 52 songs produced in Guyana and they are aiming for a similar amount. Each event, he said, will feature Guyanese acts on the cast.

Another new element to this year’s Carnival will be a fete at the University of Guyana featuring Jamaican artist Shenseea and a few young, vibrant artists.

A major advantage Guyana has over other countries, said Ferguson, is how cheap prices are for everything. Food he said, costs US$5, while events range from US$15 to US$25.

“One of the things that Guyana has is the most affordable accommodation, admission of events, food, and hospitality, it is the cheapest in the Caribbean. That is our edge over the rest,” he said.

For those still contemplating adding Guyana to their Carnival calendar, Ferguson said: “Just get here”.

For more information on Guyana Carnival, visit the website.

Celebs in town: Stars who touched down for Trinidad Carnival