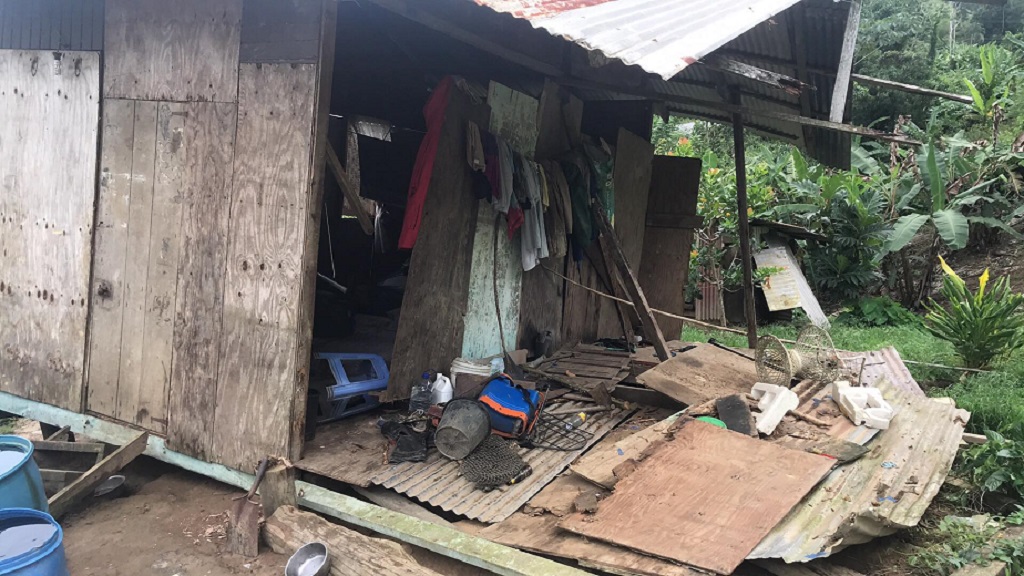 A 43-year-old man escaped with his life after his house collapsed in heavy rains on Thursday.

Akeem Ronaldo Jordan lived at Bois Jean Jean, Moruga. He was at home when inclement weather started and continued for five consecutive days.

Speaking with Loop News on Saturday, he says his home - that was erected on a hill - collapsed after the rainfall.

Now, Jordan is pleading for assistance to have drainage built around the house as he is unable to afford it.

The Moruga man collects public assistance having suffered two shoulder injuries. He is also living with a lung that has collapsed not once, but four times.

Praising God for protecting him and his 6-year-old son, Jordan says he survived only because of his faith.

"God keep on speaking in my life because I keep doing the correct thing."

The man was lucky to have the Moruga Councillor and MP along with members of the police and fire service nearby when the incident occurred.

He was subsequently taken to the hospital; his only injury was ripped tissue to the lower back.

The 43-year-old is currently staying at his friend's one-bedroom apartment.

His wish is to spend Christmas in a place he can call his own.