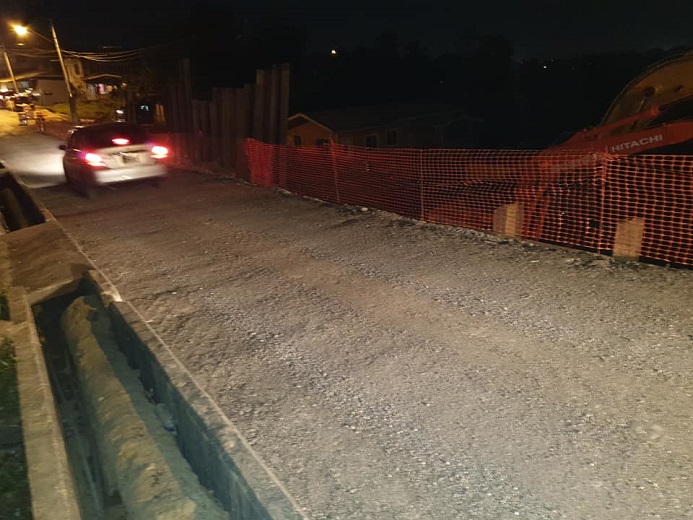 After two leaking WASA mains led to the collapse of part of the Moruga road earlier this week, Moruga/Tabeland MP Dr Lovell Francis announced that the road is once again useable.

He took to Facebook on January 19 where he gave an update on the roadway.

On January 17, WASA issued a statement noting that some residents at Indian Walk, Moruga, would receive a temporary disruption in their water supply due to ruptured 12-inch and 16-inch mains at 288 Moruga Road, Indian Walk, in the vicinity of Jaibo Recreation Club.

According to his Facebook post days later, Dr Francis said "happy to report that the Moruga Road at Indian Walk is once again open to traffic. Cheers  and enjoy your evening."

The repair appears to be a temporary one to allow residents to get to and from their destinations while a long-term plan is said to be in discussions between Francis, WASA and the Ministry of Works.

Speed limit goes up on portion of Manzanilla Road