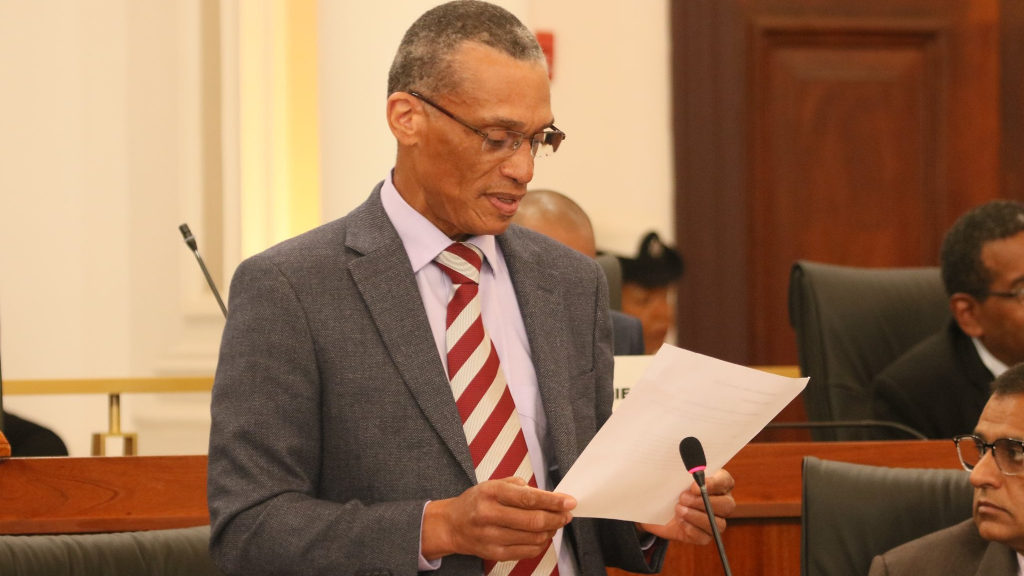 Minister of Foreign and CARICOM Affairs Dennis Moses, answers a question in the Senate February 11, 2020. © 2020 Office of the Parliament. All rights reserved.

Foreign and Caricom Affairs Minister Dennis Moses has called on citizens to refrain from making xenophobic comments amidst the deadly coronavirus outbreak.

The virus, which has claimed over 1000 lives and infected more than 42,000 others, reportedly originated in a wet market in Wuhan, the capital of China's Hubei province.

Speaking during a news conference at the Ministry's headquarters in St Clair on Tuesday, Moses acknowledged the xenophobic remarks being made by some against Chinese people in Trinidad.

However he said this is not an appropriate response.

“Xenophobia and prejudice should find no place in our discourse at all," he cautioned.

"We as a people can do so much better than responding in such primal ways.”

Giving an update on T&T nationals in China, Moses said all 120 are in good health and do not require evacuation at this time.

He said the government's position remains that it is best for nationals to stay where they are and follow the guidelines and advice of the Chinese authorities.

He said evacuation possibilities were discussed but no T&T citizen in China has requested to be evacuated.

“The comfort level is such that the determination has been made if not by all by the vast majority to stay put at this time. Up until now we have had no reports of any difficulty directly linked to the current outbreak of that disease.”

The Foreign Affairs Minister however said nationals can return home if they choose.

“Should nationals choose the option of leaving and making their way back to Trinidad, of course they are welcome. They will not be debarred but...they will need to subject themselves to quarantine and the travel restrictions that are in place.”

Moses said the T&T embassy in Beijing has been communicating with T&T nationals in China constantly since the onset of the coronavirus outbreak.

He said if there were nationals who had not been contacted, they can reach out to the embassy.

“The natural logic in seeking assistance is that persons in distress or in need would make contact. We are not averse to making contact with nationals because foremost in our minds is the welfare of our nationals," he said.

Moses added that the T&T government is continuing to monitor the situation and will take appropriate action, including evacuation if this becomes necessary.