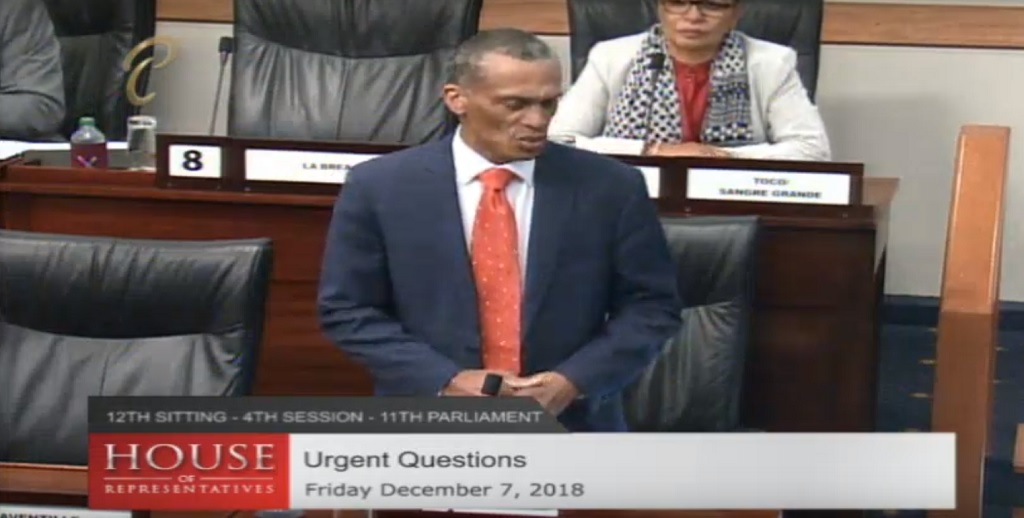 Minister of Foreign and CARICOM Affairs, Dennis Moses, denied trying to avoid customs at the Piarco International Airport, after a customs official was suspended after barring them from using an unauthorised exit.

Speaking in response to an urgent question in Parliament on Friday, Moses said he was following a procedure which he experienced at other international airports.

The question was raised after the official was suspended for two weeks without pay, although the Airports Authority of Trinidad and Tobago (AATT) said he was ‘correct’ but ‘discourteous’.

Moses said he and Minister of Planning and Urban Development, Camille Robinson-Regis, had been returning from Guyana where a Memorandum of Understanding had been signed by both governments.

He denied there being any incident ‘per se’ with any official from the AATT.

“There was no incident per se with any Airports Authority guard and myself at the (Piarco International) airport recently. On the 20th of September I, as part of a national delegation, returned from Guyana on the occasion of their signature of a Memorandum of Understanding with Trinidad and Tobago.”

“We returned from Guyana and is the normal custom, political officers would have extended courtesies to members of the delegation inclusive of processing members of the delegation through immigration. Subsequently we were guided through the airport as is usual and through the customs area, all the while following the protocol officers, and guided to this gate as would have been the normal practice.”

He said this formed part of the ‘normal courtesies’ extended to ministers, ‘no different and indeed in a much more pronounced fashion in my recent travels as recently as last month…in airport terminals in other jurisdictions,” he said.

When asked whether he was trying to avoid customs, Moses said no.

“The answer is patently, categorically, and unambiguously no, I was merely guided protocol-wise…as I would have done habitually,” he said.

The officer has since sought legal redress on the matter.