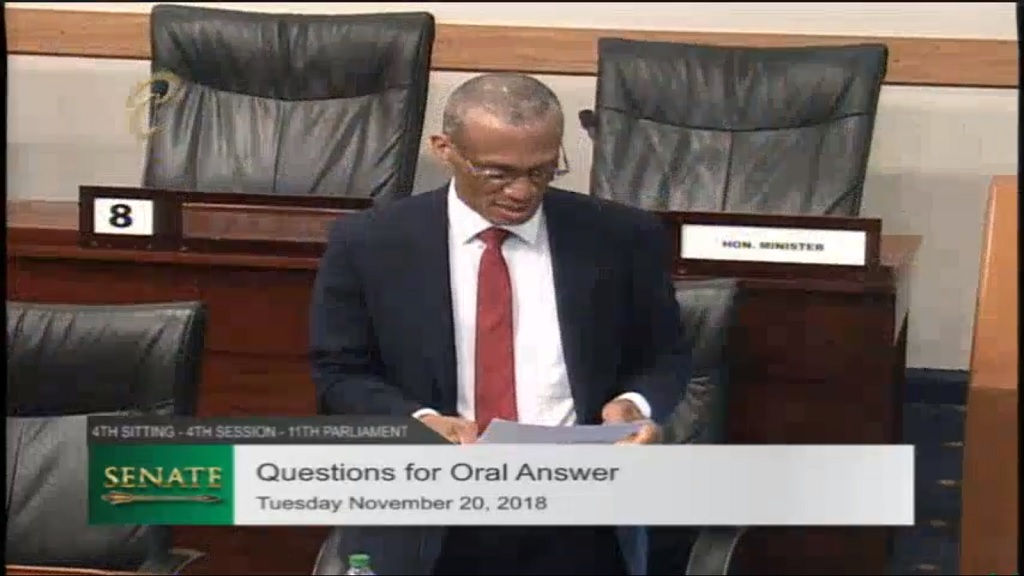 Minister of Foreign and CARICOM Affairs, Dennis Moses, was responding to an urgent question put forward in Parliament on Tuesday regarding the treatment of refugees in Trinidad and Tobago, after media reports claimed that asylum seekers and refugees are being ill-treated.

Moses said that the team is reviewing the situation this week and will make a 'sustainable solution' moving forward on the matter.

“In recognition of the increase in numbers of Venezuelans arriving in Trinidad and Tobago in a regular and irregular manner, the National Security established an Inter-Ministerial team whose mandate is to present options for this country’s response to the issue.

“The Inter-Ministerial team’s draft response to the Venezuelan migrant issue is being reviewed. Additionally, the Ministry of National Security has been working with stakeholders including international organisations to assess the needs of the migrants with a view to determine a sustainable solution that may be considered.”

“I wish to emphasise that any mass migration phenomena requires a collaborative, methodical and deliberative approach in view of the fact that there are a variety of economic, social, psycho-social, health and security issues that must be taken into account.”

“The government of Trinidad and Tobago is, therefore, working assiduously to ensure that any policy enacted takes due cognisance of these issues and (the impacts),” he said.

In response to questions regarding how many Venezuelan migrants are currently in Trinidad and Tobago, Moses said he was unable to confirm a figure.

When asked what measures are being taken to ensure they are being treated humanely, Moses referred to the ‘rule of law’.

“Ours is one that is governed by good neighbourliness and the rule of law,” he said.

Opposition Senator Saddam Hosein asked whether government intended to ratify the 1951 Refugee Convention, however, the question was not allowed.

Attorney General Faris Al-Rawi said there are currently no laws regarding refugees in Trinidad and Tobago, although the country did sign on to the 1951 Refugee Convention in 2000.

In a March 2017 report, the UNHCR said government was in the 'advanced stages' of drafting refugee legislation in order to grant recognized refugees a permit of stay, work authorization and access to public assistance.

There are approximately 7,000 people seeking asylum in Trinidad and Tobago.

Government recently detained and charged several Cuban asylum seekers and refugees who were encamped outside the UN's Trinidad and Tobago office in Port of Spain.

In April 2018, government expatriated 82 Venezuelan nationals, three of whom had asylum seeker certificates.

The UNHCR said Venezuelan children are increasingly vulnerable to assault and exclusion from school in Colombia as over a million Venezuelans have settled there, but many remain undocumented.

Staff in Bogotá also noted that many undocumented children were underweight and below average height when examined.

According to a Reuters report in August 2018, undocumented migration also leads to a rise in human and sex trafficking and a higher risk of sexually transmitted diseases.

Trinidad and Tobago acceded to the 1951 Refugee Convention on November 10, 2000, however, the convention was never ratified.

The 1951 Refugee Convention is a key legal document that defines the term ‘refugee’ and outlines the rights of the displaced, as well as the legal obligations of States to protect them.

The core principle is non-refoulement which asserts that a refugee should not be returned to a country where they face serious threats to their life or freedom. This is now considered a rule of customary international law.

According to the legislation, States are expected to cooperate with them in ensuring that the rights of refugees are respected and protected.