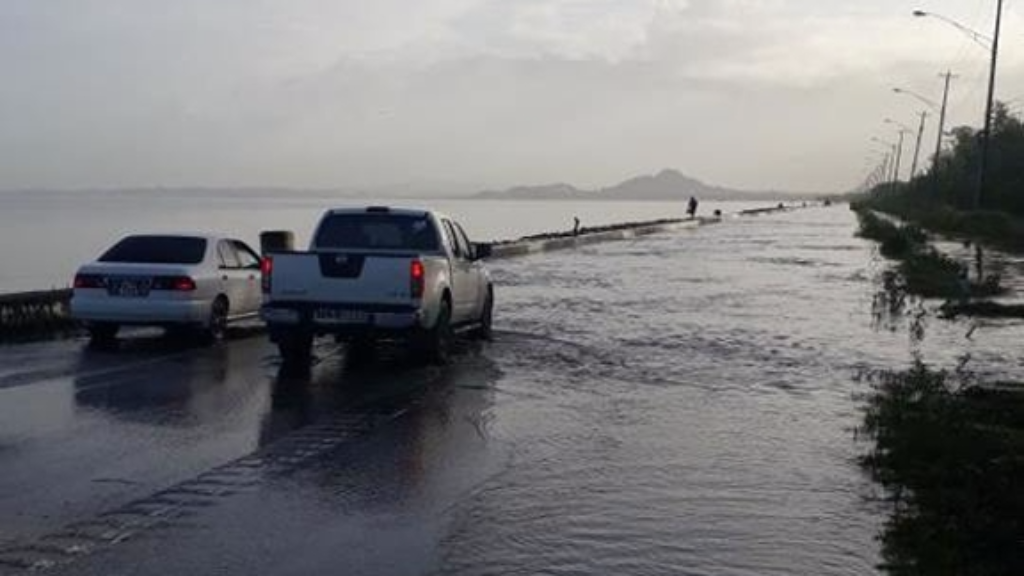 Motorists are being advised to avoid the Mosquito Creek as water levels have reached as high as the sea wall.

Flood waters began rising on the Creek on Friday night.

A Facebook page dedicated to monitoring the situation in the area showed videos and pictures of the flood.

Cars were seen driving through and there have been reports of some vehicles getting stuck.

The Met Office said on Friday that buoy data, as well as reports reaching the Trinidad and Tobago Meteorological Service, indicate that sea conditions around Trinidad and Tobago were currently moderate to rough with wave heights reaching up to 3.0 metres in open waters and near 1.0 metre (but choppy) in sheltered areas.

"General wave heights along the exposed coastlines of Trinidad and Tobago, especially North and East coasts are forecast to maintain near 3.0 metres but individual waves may peak in excess of 3.0 metres at times. Additionally, in sheltered areas, conditions may be exacerbated during high tide," the Met Office said.

Wave heights were expected to gradually decrease around Trinidad from late last night and around Tobago after midday today.

We will update this as more information becomes available.