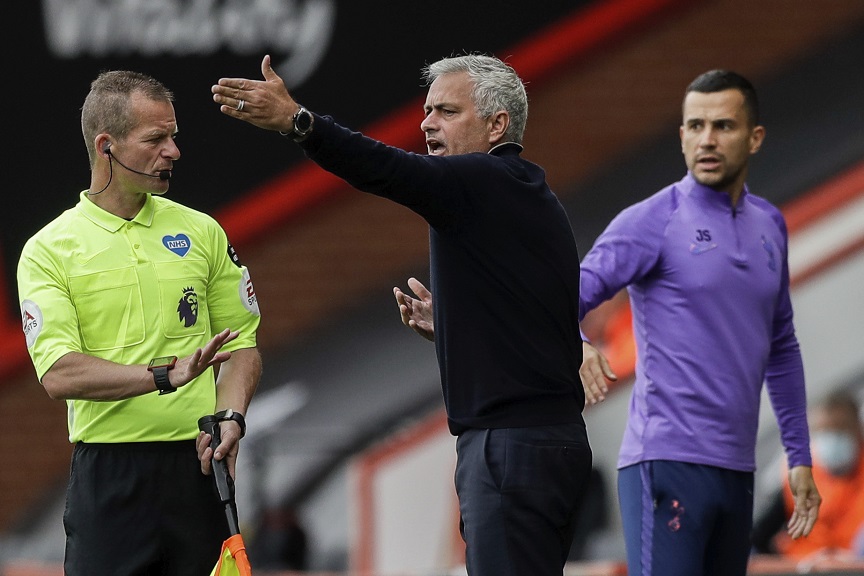 Jose Mourinho is ready to tolerate three more years without a trophy at Tottenham if his reign lays the foundations for future success.

The Portuguese has built his career and his reputation on being a man who delivers silverware to clubs, but he sees a huge task ahead with Spurs.

After breathtaking successes with Porto, Chelsea, Inter and Real Madrid, Mourinho found it altogether more challenging at Manchester United, but he nonetheless coaxed Europa League and EFL Cup triumphs out of his Old Trafford side.

Mourinho admitted Tottenham are a club gripped by unhappiness ahead of Sunday's north London derby, with hopes of earning a Champions League place for next season having long since hit the rocks. The club's last major trophy was an EFL Cup success in the 2007-08 season.

As Arsenal also strive for consistency under Mikel Arteta, the derby is a rarity in being a clash of mid-table neighbours in a state of transition, the Mauricio Pochettino and Unai Emery eras having expired late last year.

Mourinho pointed to Jurgen Klopp struggling to bring instant success to Liverpool but making a longer-term plan work, and he appears to see Tottenham in a similar state to the Reds side inherited by the charismatic German in 2015.

"How long did it take Jurgen?" asked Mourinho, whose contract runs to the end of the 2022-23 campaign. "Four years, buying one of the best goalkeepers, center-backs in the world and so on.

"I'm focused on my three-year contract. I believe that in my three years we can win trophies and if we don't but the club does in a new era I will be happy with that."

Even if Tottenham improve exponentially in future seasons, Mourinho warned titles are not guaranteed, given Liverpool missed out on Premier League glory in 2018-19 despite losing just one match.

Mourinho believes the club is still suffering a hangover from the defeat to Liverpool in last season's Champions League final, while the verdict on the head coach from fans has been mixed since chairman Daniel Levy brought him to the club.

"Nobody in this club is happy," Mourinho said.

"If the fans are unhappy, [and] I am happy, Mr Levy is happy, then I think there would be a huge problem. Then our ambitions wouldn't fit with the desire of the fans. We all want the same, and that's the best message we can give.

"I want to say many, many big clubs pass through difficult periods. Sometimes long, sometimes short. But many times, big clubs have moments of transition, replacing players, players getting older and that's very obvious in so many clubs with so many rich histories.

"This is a process. My message to our fans that are of course not happy, is that the thing that keeps me strong and optimistic and 200 per cent loyal to the club, is to know that the club wants to improve. Next season is going to be different."

VIDEO: Mourinho felt he had 'no bench' as Spurs draw with Man Utd