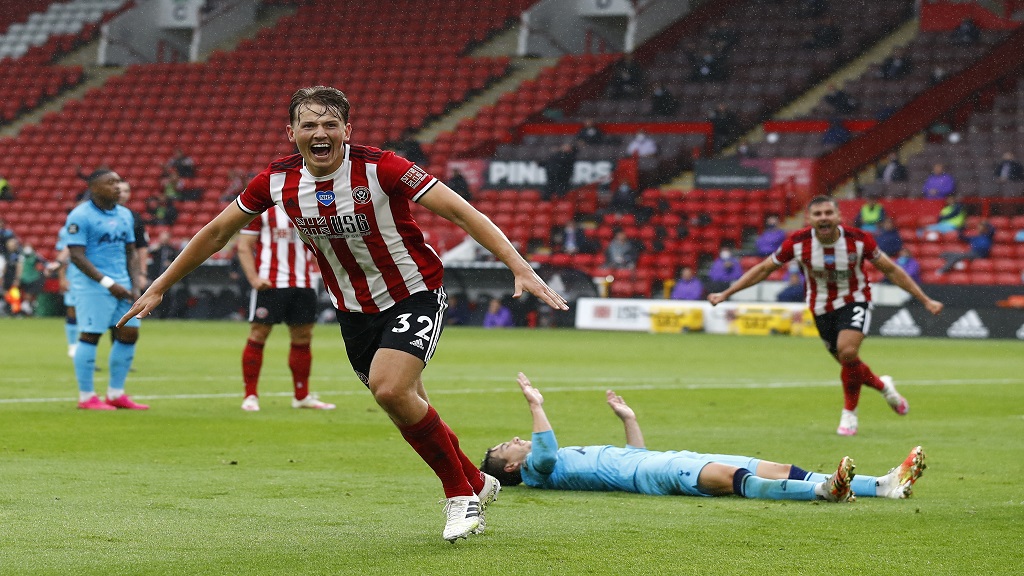 Tottenham were denied an equaliser by a disputed VAR decision before losing 3-1 at Sheffield United on Thursday in a further blow to the team's European qualification hopes.

“We have to be mentally stronger to cope with what happened during the game,” Tottenham manager Jose Mourinho said.

Tottenham striker Harry Kane thought he had immediately cancelled out Sander Berge’s opener in the first half but Lucas Moura was then penalised by the video assistant referee for handling in the buildup to the goal. But the Brazilian only touched the ball after he appeared to be fouled and fell to the ground.

“That’s not the way it is. The referee who is not very good on the pitch, we cannot expect that he’s good in the office. We’re going in a direction that’s really bad for the beautiful game, the game that everybody fell in love with.”

Tottenham then gifted the hosts goals in the second half, with Lys Mousset and Oli McBurnie exploiting slack defending to score.

“We cannot mentally die after Michael Oliver’s decision,” Mourinho said. "I know that it’s very difficult to take, the players around the situation know what happened and what didn’t, you celebrate and feel the goal.

“I know that kick it our teeth but with 50 minutes to go, we have to be stronger. That’s my criticism of my team in the second half, in spite of trying. Now I know more about the profile of my players. I felt it. I feared that in the second half we wouldn’t be strong enough to cope with a team that when they’re winning just defends and counterattacks.”

Kane did eventually score but it was only a late consolation for Jose Mourinho's side.

After reaching last season’s Champions League final — losing to Liverpool — Tottenham are increasingly unlikely to be in the competition next season. Tottenham slipped to ninth, seven points behind fifth-place Manchester United.

The Blades climbed above Spurs into seventh place with six games remaining.

“I have got a back catalogue of decisions that have gone against us, we are the unofficial champions of Europe on VAR decisions going against us,” United manager Chris Wilder said. “I can understand their manager’s frustrations I would be super frustrated. It’s a nonsense rule, it wasn’t intentional.

“There is a difference when the ball moves. These rules are in place, I totally understand the frustration of the manager and his players. We have had the rub of the green tonight on that one, we are well overdue, but we will take it.”