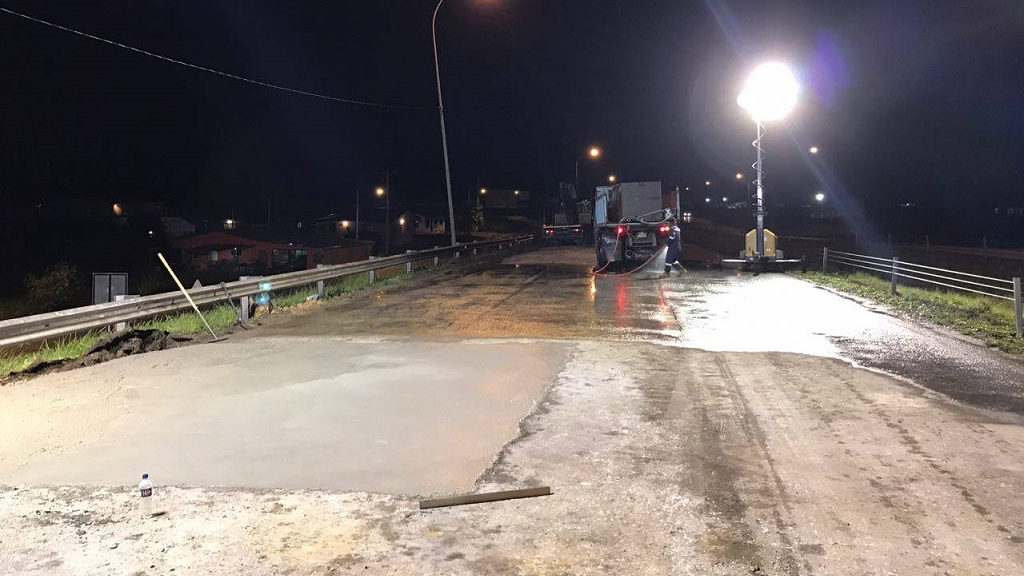 Photo: A sinkhole along the highway near Freeport was repaired after overnight works on August 9-10, 2018.

The Ministry of Works quickly completed repairs to a sinkhole which was seen along the Sir Solomon Hochoy Highway in the vicinity of Freeport.

According to updates and photos shared to social media by the Ministry of Works and Transport, the sinkhole was repaired and the highway was once again open to drivers on Friday morning. 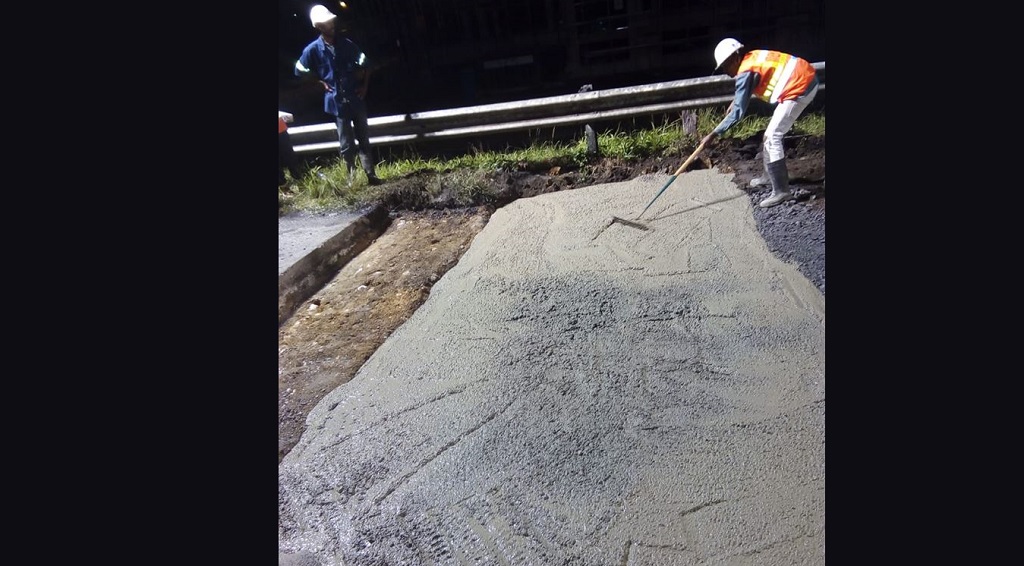 "About last night: Workers attend to the culvert along the Sir Solomon Hochoy Highway and the road was re-opened at approximately 4AM today (10th August, 2018)," the Ministry said via Facebook.

Minister of Works and Transport, Rohan Sinanan, said the sinkhole was likely the result of a failed culvert crossing and may now be failing due to age.

He said emergency remedial work was done overnight and that assessments would be done, with the intention to have the faulty cylinder replaced.

(Photo: Viral images of the sinkhole were circulated on Thursday afternoon.)

Speaking to media on Friday morning, Sinanan said these culverts may have been installed between 50 and 70 years ago which would be their approximate lifespan, and are now failing.

He added that this problem can also be found in other roadways including the Beetham Highway and parts of the North Coast Road.

He added that it was not an issue of maintenance, but the result of aging and ensured that the roadway is safe for drivers.

He added there are plans to repair other culverts showing similar signs of failure later this year.