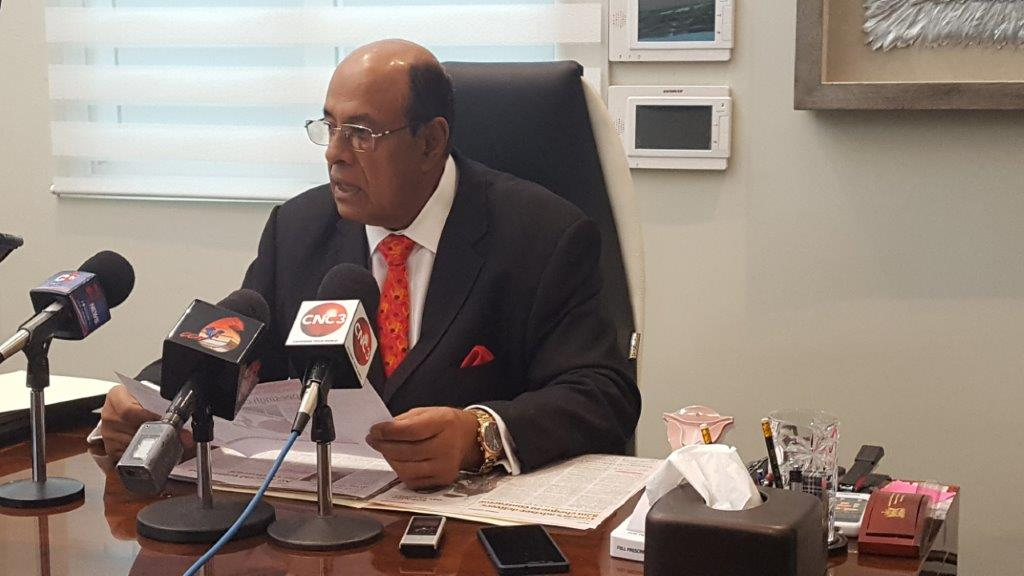 His call follows the discoveries of the bodies of a man and a woman wrapped in bed sheets and dumped at Mon Plasir Road, Cunupia.

The MP lamented the state of crime in the country under the current Government.

“The once safe and secured districts of Central Trinidad have now become a part of the killings fields that this country has descended into under the wretched Rowley regime.

Innocent family members have lost their lives to brutal armed criminals, and there have also been surges in the numbers of robberies, home invasions, assaults and other crimes against the person.”

He issued an invitation to the Prime Minister and a team of national security personnel to meet with him on the state of lawlessness in the Central area.

“I ask for Dr. Rowley and his team to detail specific measures to combat the crime epidemic which has placed Central Trinidad – like other areas of the country – under a state of siege.

I equally express grave concerns over rampant lawlessness across Trinidad and Tobago that has already made this month the most murderous in the country’s history.”

Gopeesingh slammed Government’s 10-point crime plan, the Prime Minister’s call for prayers for the victims of violent crime and what he deemed clichéd statements by National Security Minister Edmund Dillon.

Stating that Trinidad and Tobago is now in the midst of an outrageous firestorm of crimes, the MP said decisive, visionary and responsible national leadership is painfully absent under the current regime.

“As a result, there are anguished fears that, at the current rate, the murder casualties for 2018 could outnumber that of any other year.

There have already been more than 1,100 homicides since Dr. Rowley was elected with his “red and ready” plan.”

“I call for an urgent solution-oriented meeting with the Prime Minister and the security team.

I also urge civil society to speak out and to demand action on the most alarming scourge in modern Trinidad and Tobago,” Gopeesingh concluded.