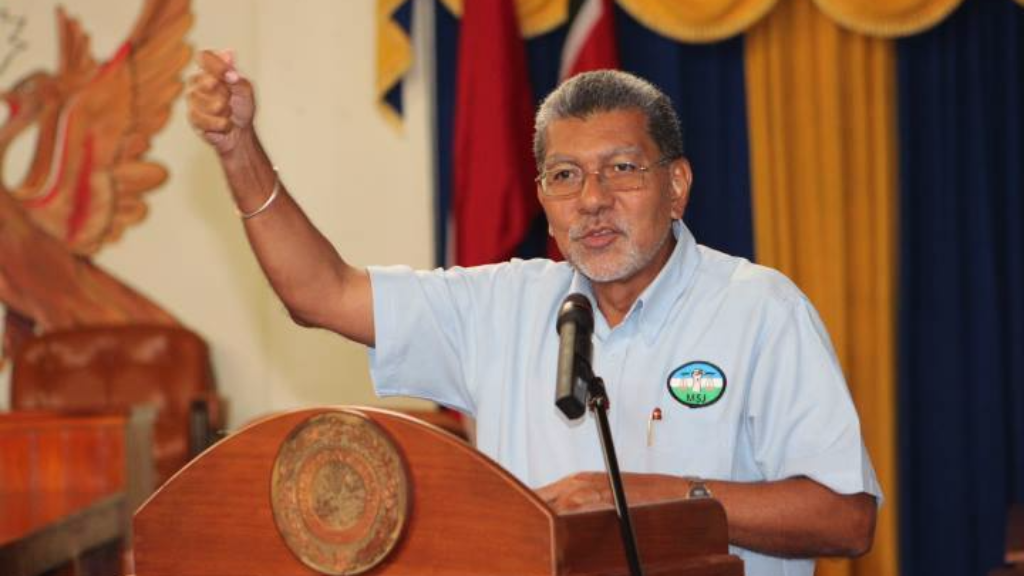 The Movement for Social Justice (MSJ) said it is 'extremely concerned' about the sudden decision by the Rowley/Imbert Government to apply to the High Court to have CL Financial liquidated.

Head of the group, David Abdulah said in a statement that there is a lot at stake for Trinidad and Tobago and said the move is akin to "selling the crown jewels for some cash".

"When that cash runs out we will have neither cash nor the jewels. The country will be the poorer for it. We call on the Minister of Finance and the Boards of CL Financial and related companies – CLICO, Angostura etc – to tell the country:

What profits have been made by each company in the past 8 years since the bailout and how much, if any of this has been used to pay back taxpayers;

And, if profits have been made but no repayments of debt, why not?

What are the projected profits for the next 5 years and how much of this can be used to repay the debt? The Government going for the short-term solution of liquidation just to get some cash to balance the budget," the group said.

MSJ said it is against the “Shareholders’ Group” regaining control of CL Financial, given that it was their actions that brought about the need for a bailout and which caused misery to many policy holders, adding that any sale of assets – whether by a liquidator, the Central Bank, the Ministry of Finance controlled Board, or the “Shareholders Group” that would result in a massive redistribution of wealth and asset ownership.

The group said the details and outcome of the liquidation should also be made public.

"There is a lot at stake in this issue for Trinidad and Tobago. The “Shareholders Group” had proposed a plan named “operation rebirth” to take back the company from government control and pay back the debt."

"The Government wants to get back $15 billion that it is still owed from the bailout as this will help to close the multi-billion-dollar gap between government revenue and expenditure, if only for a couple of years."

"So, the “Shareholders Group” – which no doubt includes Lawrence Duprey – wants control of the company; the Government - and Minister Imbert in particular - wants to get cash to be able to pay bills."

"For the MSJ the issue is – what is in the country’s interest? What should we, the citizens want?"

Abdulah said that citizens need full disclosure of all the information related to CL Financial/CLICO and the financial bailout.

"We need to be informed of not only how much money the government put in to bailout the company; but exactly what assets CL Financial and CLICO have and the value of those assets, which include valuable income earning companies such as Republic Bank and Angostura," he said.

"The country also needs to know how much these assets are worth, as well as how much money each company earns every year in sales and how much profit each makes annually. We also need to know what is the precise ownership status of CL Financial – does the government own any part of this company based on the money it put in and the terms of the agreement of 2009?"

MSJ added that it is "extremely disturbed by the continuing failure of the government to provide information as sought by Afra Raymond and others under the Freedom of Information Act".

"It is to be noted that Mr. Raymond won a court judgment to get information but this was appealed by both the UNC and the PNM governments. Given that it is taxpayers’ money that was used to bailout CL it is only right that the citizens have all the information about how their money was used," the group said.

The group outlined said citizens should know the options for repayment of the debt owed by CL Financial and the implications of each option, as well as the outcome of CL Financial's assets if it is liquidated.

"It is not enough to be told by the Minister of Finance that the only way is to put the company into liquidation. It is also not enough for the “Shareholders’ Group” to say they have a plan. The country needs to know: what will happen to the assets of CL Financial if it is liquidated:

Will each and every company be sold?

Who will buy the companies?

At what price will the companies be sold?

In the case of companies listed on the Stock Exchange (e.g. Republic Bank and Angostura) in which CL owns some, but not all of the shares, how will these shares be sold?

In the case of the real estate e.g. land owned by Home Developers Ltd, who will buy this land?"

Abdulah noted that the assets of a company in liquidation are sold at 'fire sale prices' and not necessarily the best value.

"Whoever gets control of the very valuable assets of CL Financial will become even wealthier than they are now. Put another way, the sale of these assets will result in even more wealth inequality than exists now."

"In effect, the Government having control, if not ownership, of CL Financial, means that liquidation is equal to the privatization of national assets. Such a decision is not in the national interest."

"For example, will Angostura – a national heritage firm – be sold to a multinational company? Will Republic Bank, our largest locally owned financial institution, become a subsidiary of a foreign bank? Will HDL’s large land holdings become victim to the land grabbing that is taking place all over the country by a few very powerful people? Will we lose the last of our petrochemical assets?" The group said.

The group said the national interest would be best served by a process of continuous payments of the debt by CL Financial to the Government over a reasonable period of time; and not a fire sale of valuable national assets through a liquidation of the company.