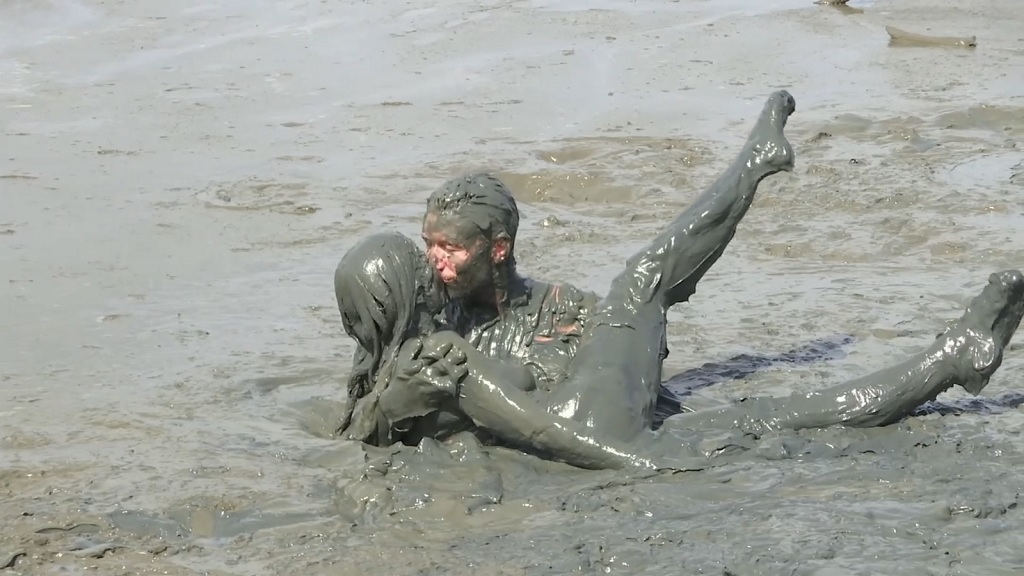 Extravagant costumes need not apply at the "Bloco da Lama" Carnival street party in the coastal town of Paraty (125 miles (201 kilometres) north of Rio), where revellers dispensed with pirate, princess and devil disguises in favour of thick, head-to-toe layers of black mud Saturday.

The coastal town is a gem of colonial architecture and Brazilian history but revellers went further back in time - caveman time.

Prior to gathering for the party's communal shout of "Uga, uga" the participants waded into the black, thick mud on the beach and proceeded to cover their bodies with it from head to toe.

Fans of the "Bloco da Lama," which literally translates as "mud street party," insist the event is among the most democratic of the thousands of booze-filled parties that take over Brazil's streets throughout Carnival.

The event's origins can be traced back some 30 years, when local fishermen smeared their bodies in mud to keep mosquitoes at bay.

Tourists who saw such behavior sought to imitate it, resulting in the birth of the now annual Mud Carnival since 1986.

In recent years, the event has attracted more than 3,000 tourists, with an increasing number of foreign visitors coming to enjoy the party.

Brazil offers e-visa to Americans in bid to increase tourism

Uber to lose its license to operate in London