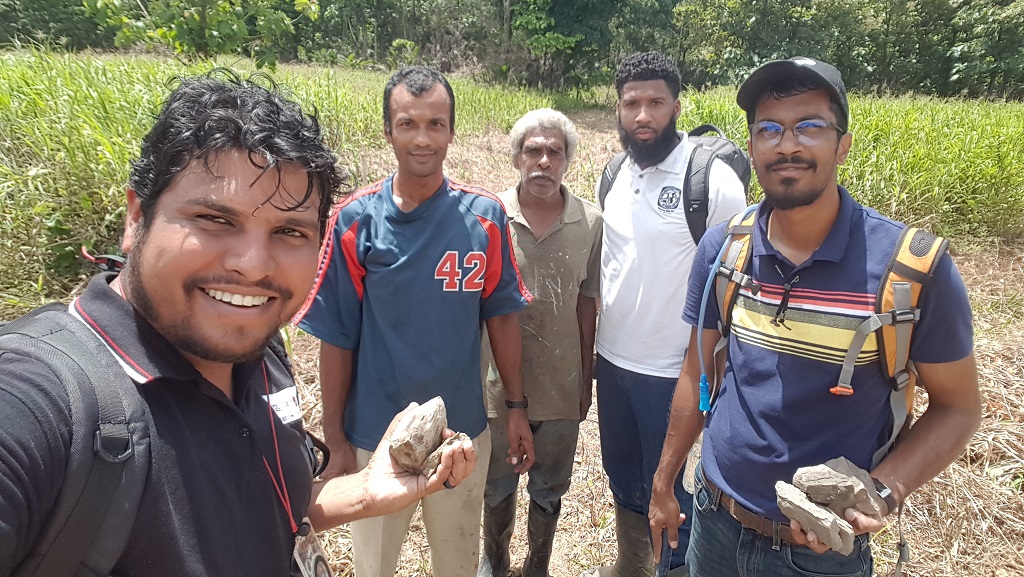 A recently active mud volcano in Central Trinidad continues to show signs of activity, according to local experts.

The Brickfield mud volcano, called the Tabaquite mud volcano by some, showed activity in July 2019 after a flow of 'mud lava' covered a large area of vegetation near Brickfield Village, about eight kilometres east of the Piparo Mud Volcano, near Tabaquite.

The area of the land covered was said to be comparable in size to that of the 2018 eruptions at Devil’s Woodyard with an approximate volume of 1740 cubic metres.

The activity was reported by people in the area, and a team was sent to investigate and analyse the findings.

Senior Geoscientist at Touchstone Exploration, Xavier Moonan, along with members of the American Association of Petroleum Geologists Latin America & Caribbean Region (AAPG YPTT), the Geology Society of Trinidad and Tobago (GSTT), and the Mayaro/Rio Claro Regional Corporation, visited the site and carried out drone surveillance to accurately analyse this latest eruption.

“The Brickfield mud volcano had a very recent explosive/forceful mudflow in a north-westerly direction, ploughing through large Palmiste palms and teak trees and producing a clearing of approximately 200 metres long and 40 metres wide from the source of the flow,” the group said. 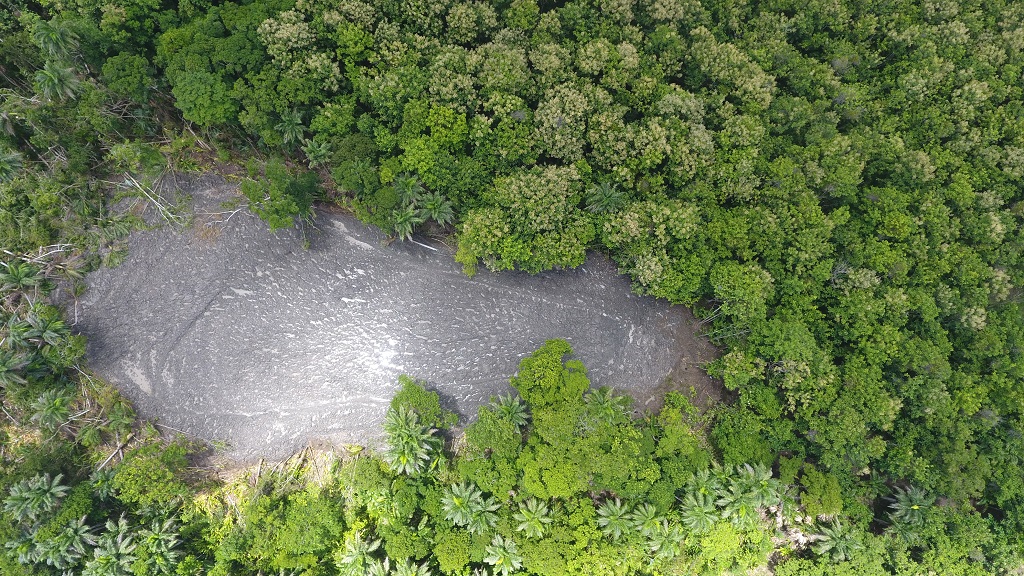 AAPG said in a social media post on August 1, that the group also collected rock samples alongside drone imagery. The group said it was returning to the site for updates in a follow-up visit on August 10, 2019.

Following the investigation, the group and forest rangers warned the public about visiting the site as the soil was still very moist and was considered a hazard until it hardened.

“The mudflow is still very very moist and it should be considered a hazard until the surface has hardened significantly. One can easily get stuck and find themselves in difficulty in the mudflow at present. The short hike to the mudflow is also very moist (requires tall boots), slippery and uneven,” the group said.

Moonan said to LoopTT that a survey of historical records showed that the last time the Brickfield mud volcano erupted may have been almost 100 years ago, with one eruption recorded in 1918, and another possibly in 1930.

A mud volcano or mud dome is a landform created by the eruption of mud or slurries, water and gases. Several geological processes may cause the formation of mud volcanoes.

In February 1997 the eruption of the Piparo Mud Volcano caused panic and thousands of dollars in property damage after chunks of mud lava flew into the air, burying roads, homes, and vehicles.

According to a 1953 article in the Caribbean Quarterly, entitled ‘The Mud Volcanoes of Trinidad’ by K. W. Barr and H. Bolli, there were at that time some 18 mud volcanoes mainly in the southern part of Trinidad in the hilly, forested areas of the southern range.

It was noted that several others appeared as temporary islands rising from the seafloor in Erin Bay.

Mud volcanos extrude ‘mud lava’, building up cones of mud, and are caused by the seepage of natural hydrocarbon gases from underground.

In February 2018, another eruption occurred at the Devil’s Woodyard, resulting in mud deposits measuring 100 metres wide and six feet deep.

Do you dare? 10 volcanoes to visit in the Caribbean