Municipal Police to help TTPS maintain peace during and after Carnival 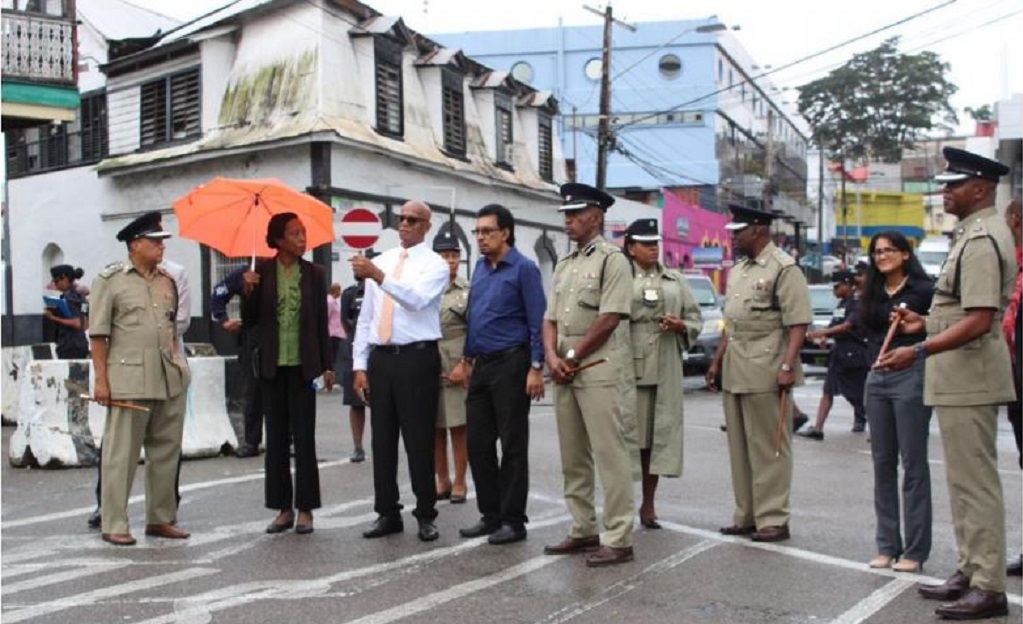 Rural Development and Local Government Minister Kazim Hosein has announced that the Municipal Police Service (TTMPS) will be assisting the Police Service (TTPS) in maintaining law and order during the Carnival season and beyond.

It was at a media conference on Friday morning that the Minister assured the TTMPS will increase its current complement of officers across every municipality adding that it will continue collaborating with the TTPS to protect citizens even after the festivities have ended.

“San Fernando is my home and it is important that our citizens feel safe at all times whether they are on the road for Carnival or visiting the beaches and recreation parks,” Minister Hosein said.

He added that as a result, Municipal Police Officers will be out in full force, patrolling the cities, boroughs and regions.

“Carry yourselves with dignity, respect your uniform and lead by example. Do your job with love and gain the confidence of those you protect,” he added.

Mayor  Regrello and Singh both expressed gratitude to Minister Hosein for implementing this security initiative.

Following the media conference, the Municipal Police Commanders, Minister Hosein together with ministry officials, council members of the San Fernando City Corporation, TTMPS and TTPS officers conducted a walkabout through High Street and Mucurapo Street where they met with market vendors, business persons and citizens to further sensitize the public on the plans of the TTMPS.