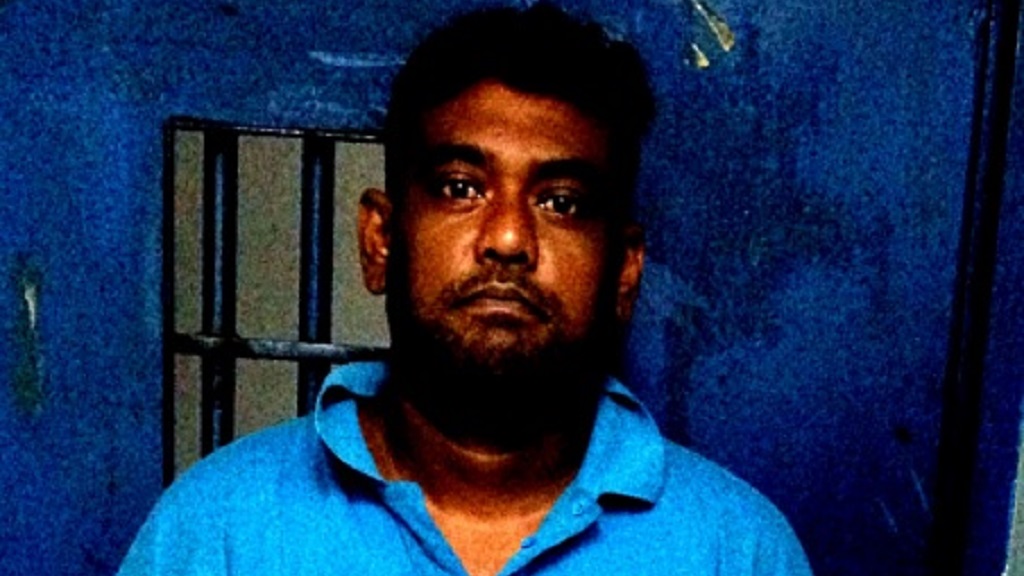 Photo: Calvin Bahadur was charged with the murder of Venezuelan national, Joanna Diaz Sanchez. Photo via the Trinidad and Tobago Police Service.

Electrician Calvin Bahadur, 35, has been remanded into custody following his first appearance for the murder of Venezuelan national Joanna Diaz Sanchez.

WPC Knight of Homicide Region III was the complainant (charging officer) in this matter.

The charge was laid indictably and as a result, the 35-year-old electrician was not called upon to enter a plea.

After further submissions, the matter was adjourned to October 8.

Her body was found on Saturday afternoon in a cesspit at a house along Santa Clara Road, Preysal. Due to the state of decomposition of Sanchez’s body, a definitive result for what caused her death could not be given. However, tissue samples were secured for further analysis.

Diaz was last seen at her Buen Intento, Princes Town home on August 28. She told relatives she was going to pick up an item from the suspect’s home and return home.

She was reported missing on September 4, to the police.