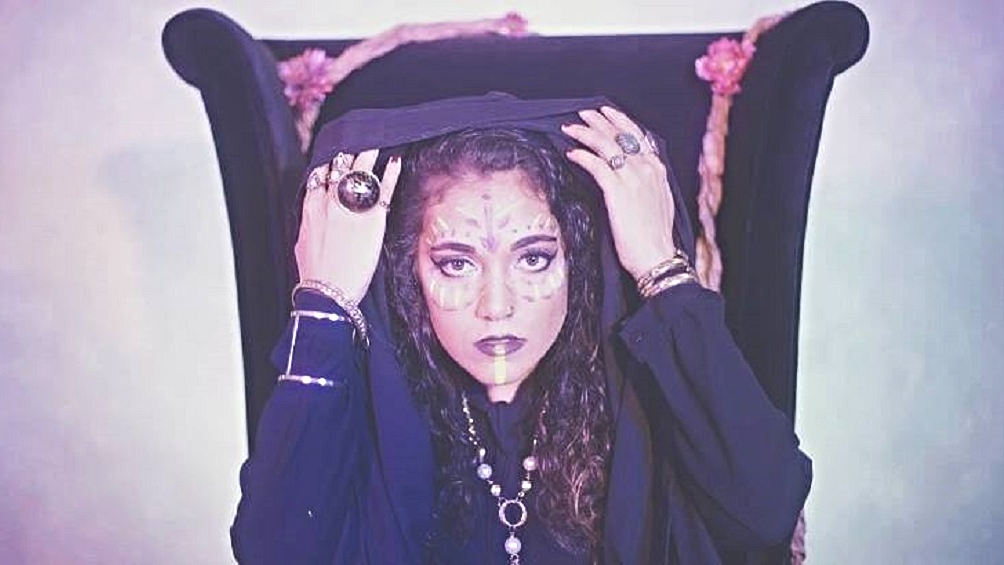 That's the theme of musician and audio technician Megan Gill's new music video ‘Monster’, a passionate, rock-infused release which describes the idea of embracing one’s ‘monster’, the parts most people try to hide.

In an interview with LoopTT, Gill, who is an audio technician with an international cruise line and an avid traveller, said the video spoke to personal issues as well as general issues surrounding human rights within Trinidad and Tobago. 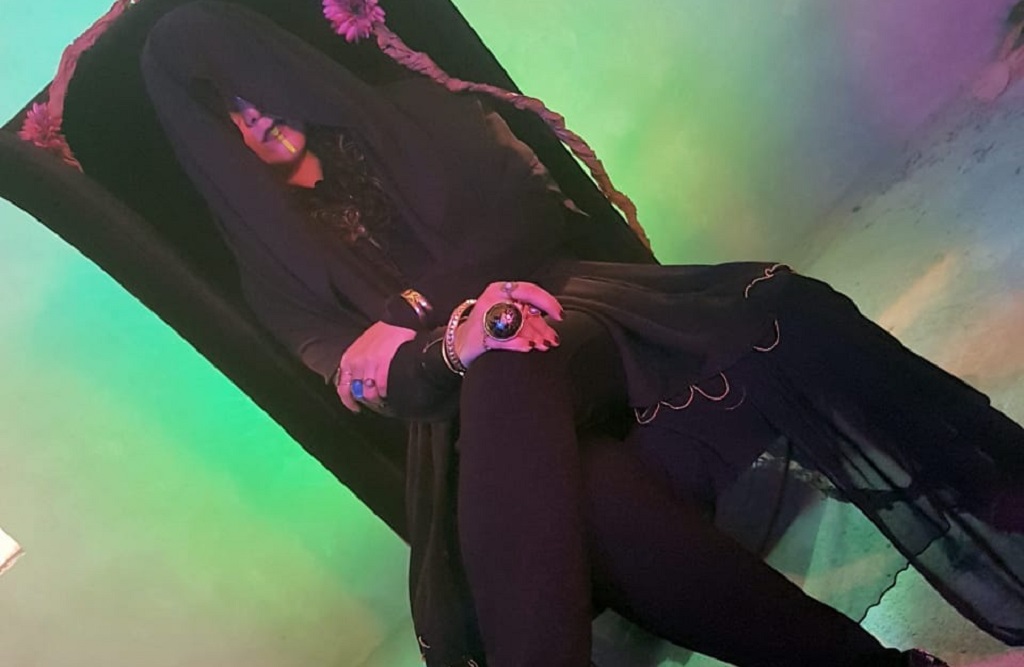 “The Monsters song speaks of embracing your inner monsters, being unapologetic about who you are. The video imagery seeks to empower the female identity.”

“It’s about being ok with your inner ‘monsters’, coming to terms with the fact that they’re there and being able to accept them,” she said. 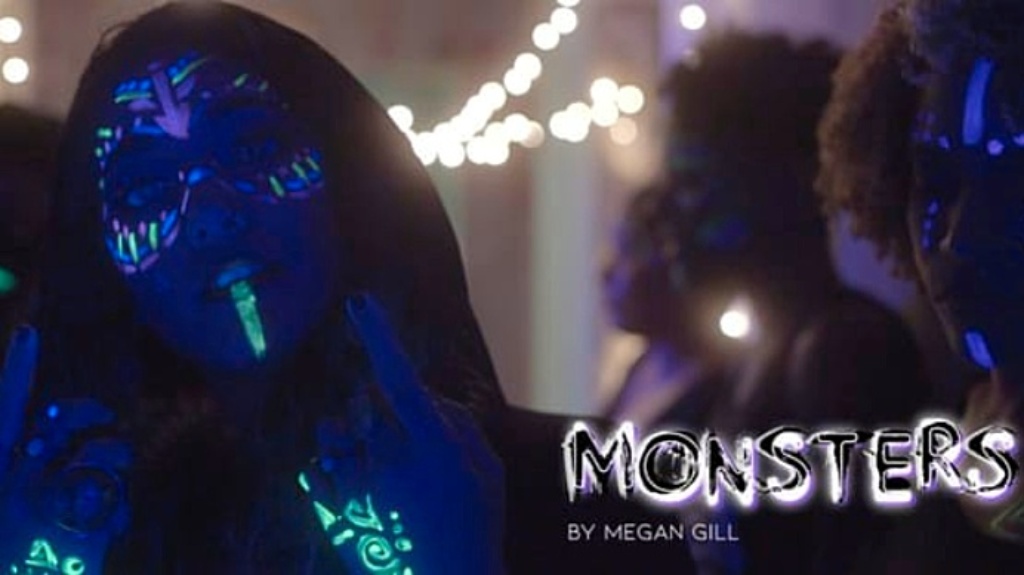 She said however that each person who views the video will be able to interpret and process the video in their own way.

The video also focuses on female empowerment which she said remains an important issue after learning of the high rate of intimate partner violence in Trinidad and Tobago.

“For the video, I wanted to have that same concept of empowerment so the video features only women, and in it I’m kind of releasing my ‘monsters’, into the world.”

“We the females, are taking over and are powerful and present and here. We are the monsters in all our gentle power here to induct you into our world and paint you in all our colours... so come to the dark side.... and have an epic neon party with us,” Gill said.

The video also embraces female sexuality and does not shun intimate scenes.

“The song is about self-love and embracing you, it’s playful. Also, I like to be dark and I like to be sexy, so yes, there is a sexy element to it.” 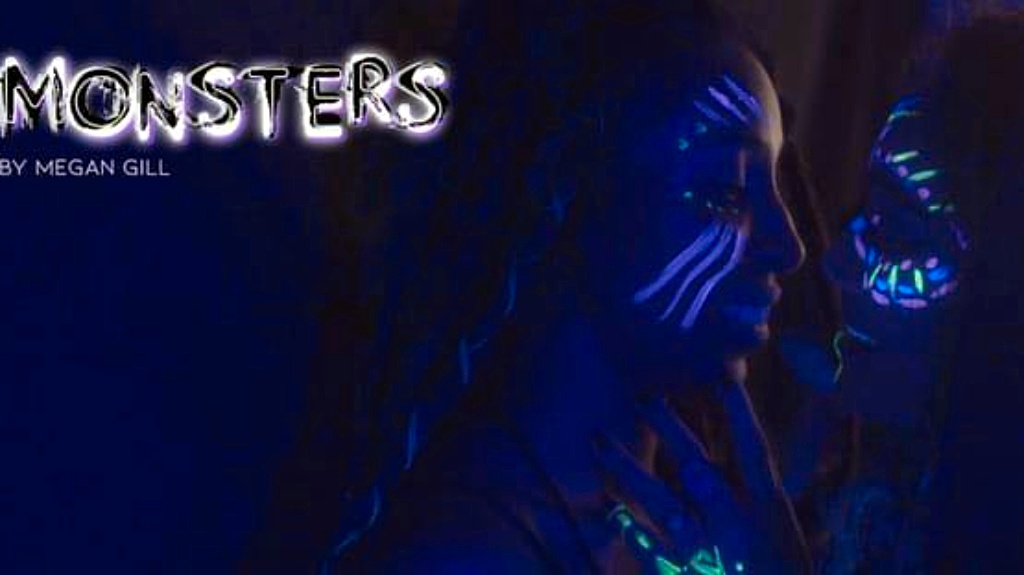 “I need to represent and it’s quite a vulnerable thing to do, to have a bit of girl-on-girl action and to embrace those qualities, it puts me in a vulnerable position. Some people may like it and some might hate it, but I want to start a conversation and be a part of that conversation.”

“This is how I fight and rebel, with my art, and I’m not going to stop, it’s a little scary to put yourself out there like that, but I’m doing it,” she said.

Gill said that issues surrounding human rights and the LGBTQI+ community are also important to her.

“I wanted to start a conversation and to represent these marginalised people who don’t have a voice and let them know I’m here for them, and I hope that in some small way I’m able to do that with this video. It’s art, and art is a rebellion. I’m just trying to rebel in my own way and to stand with them in the way I know how, by making art,” she said. 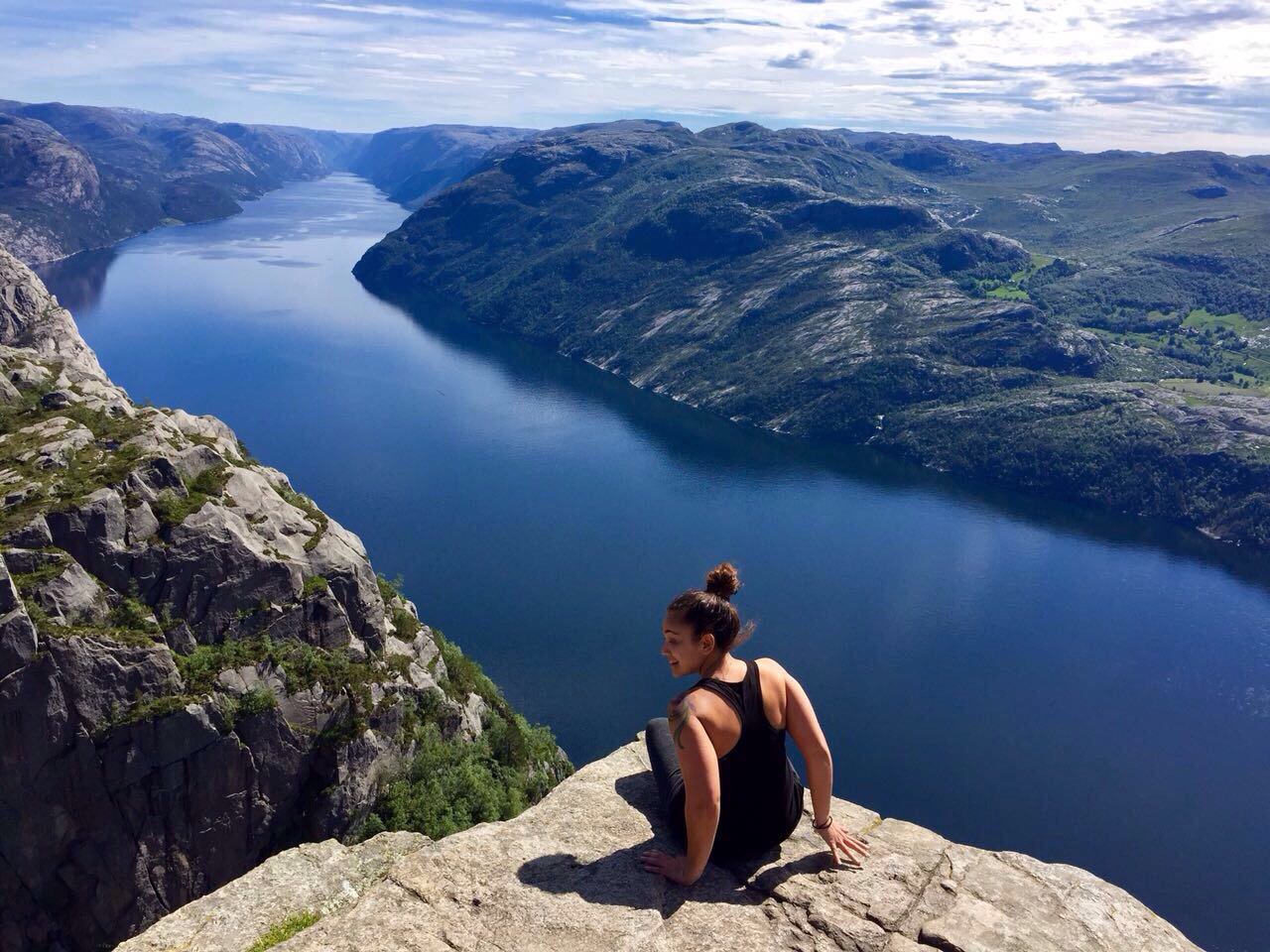 (Musician Megan Gill poses for a photo atop the Pulpit Rock in Forsand, Norway.)

Coincidentally, the music video will be released during Trinidad and Tobago’s Pride Month celebrations which are being held during the month of July.

The video also comes after a landmark High Court ruling in favour of human rights activist Jason Jones, which agreed that the country’s current laws criminalising gay sex are unconstitutional.

Gill said that for many persons within the LBTQI community, darkness can be overwhelming at times, and the need for support is crucial. 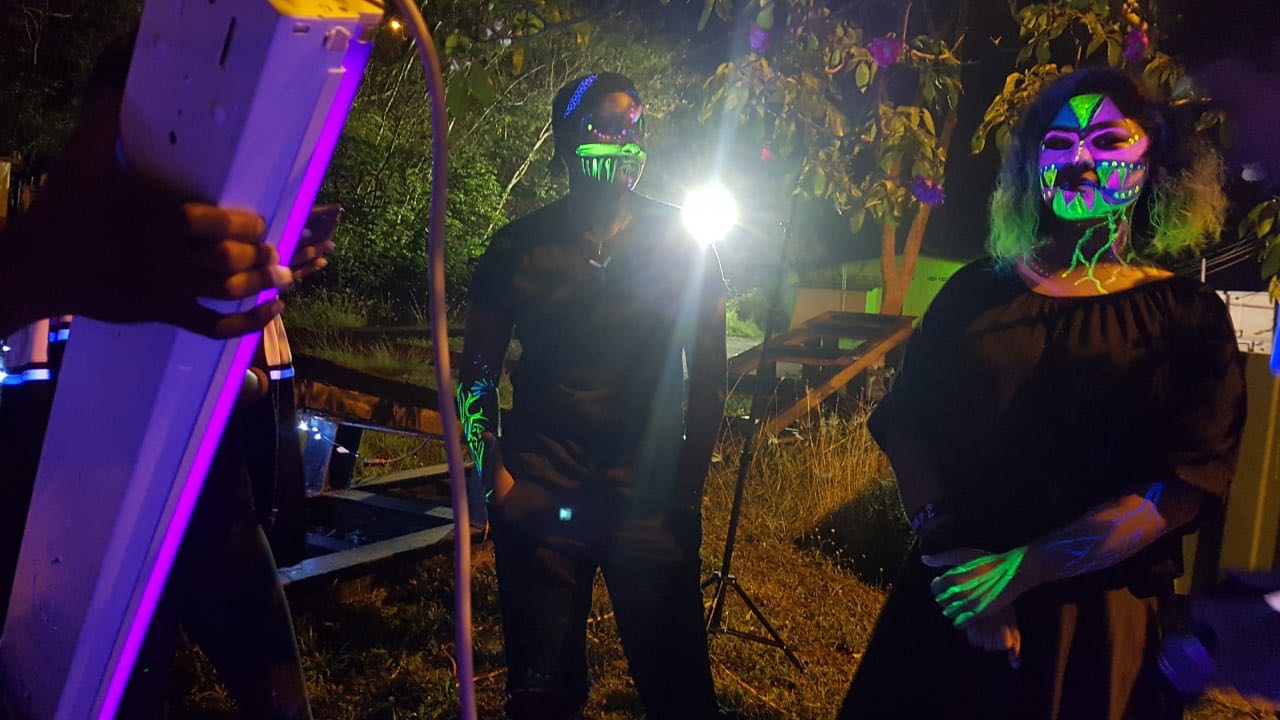 (Photo: The cast of 'Monster' during filming.)

“Local LGBTQI organisations are trying to keep the conversation going and educate people. A lot of people speak from a lack of understanding and knowledge of what’s happening, especially when it comes to rights and human rights.

“A lot of people think that their rights might be taken away, when it’s the opposite, what the groups are calling for is for everyone to have equal rights. It boggles my mind sometimes, but you can only educate the people that are willing to learn. But it’s a process, and I’m here for it,” Gill said. 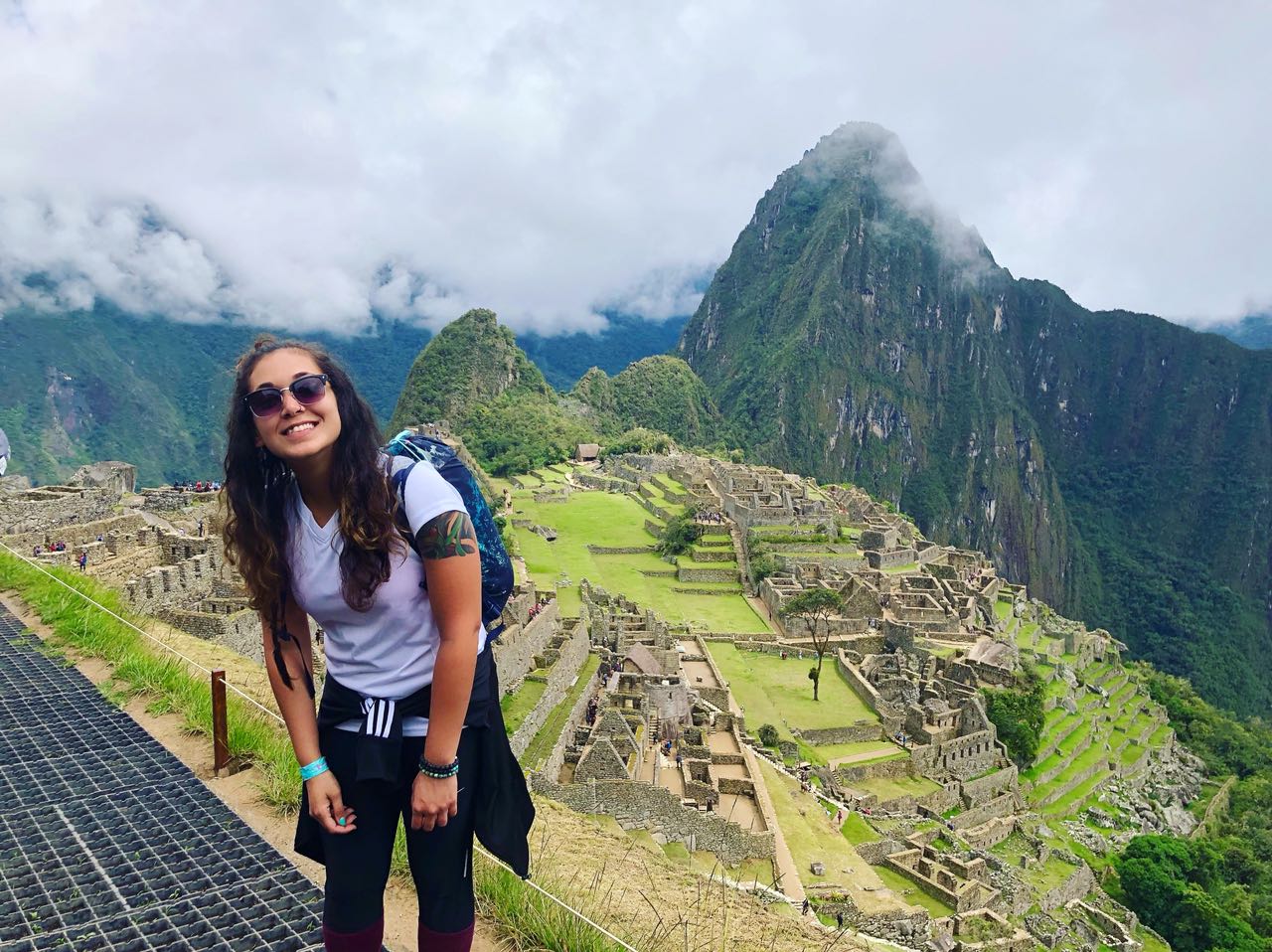 (Photo: Megan Gill is all smiles at Machu Pichu, Peru.)

She is also urging members of the LGBTQI community not to suffer in silence.

“I want to say to them that it will be ok, I say it with so much love and care, because to me, when I was coming out it didn’t feel like it would be ok, and now years later, and travels later, and things later, as a personal journey, things are ok. So just hold on,” she said.

“I’d really like us to stick together and keep pushing. When we came together (following the Jason Jones ruling), I had never felt such a feeling of community before. I felt so empowered and invigorated and I would love for us to continue that momentum,” she said. 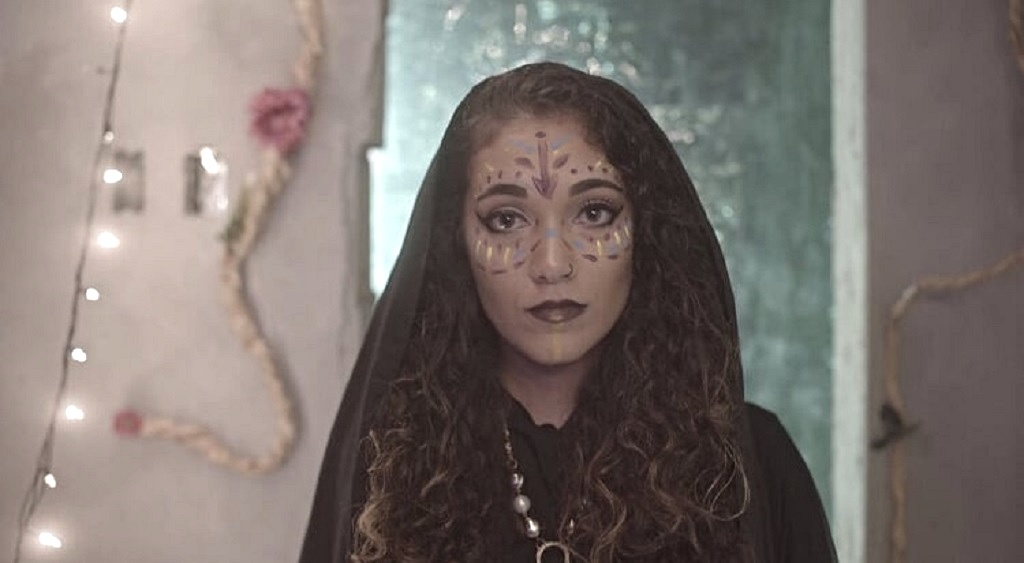 Gill also encouraged persons who are struggling to reach out to local hotlines such as Lifeline (645-2800) and look for groups that will provide the relevant support.

“I feel strongly about my identity and I must be completely 100 percent me. I know it’s going to upset some people, but I’m not here for those people,” she said. 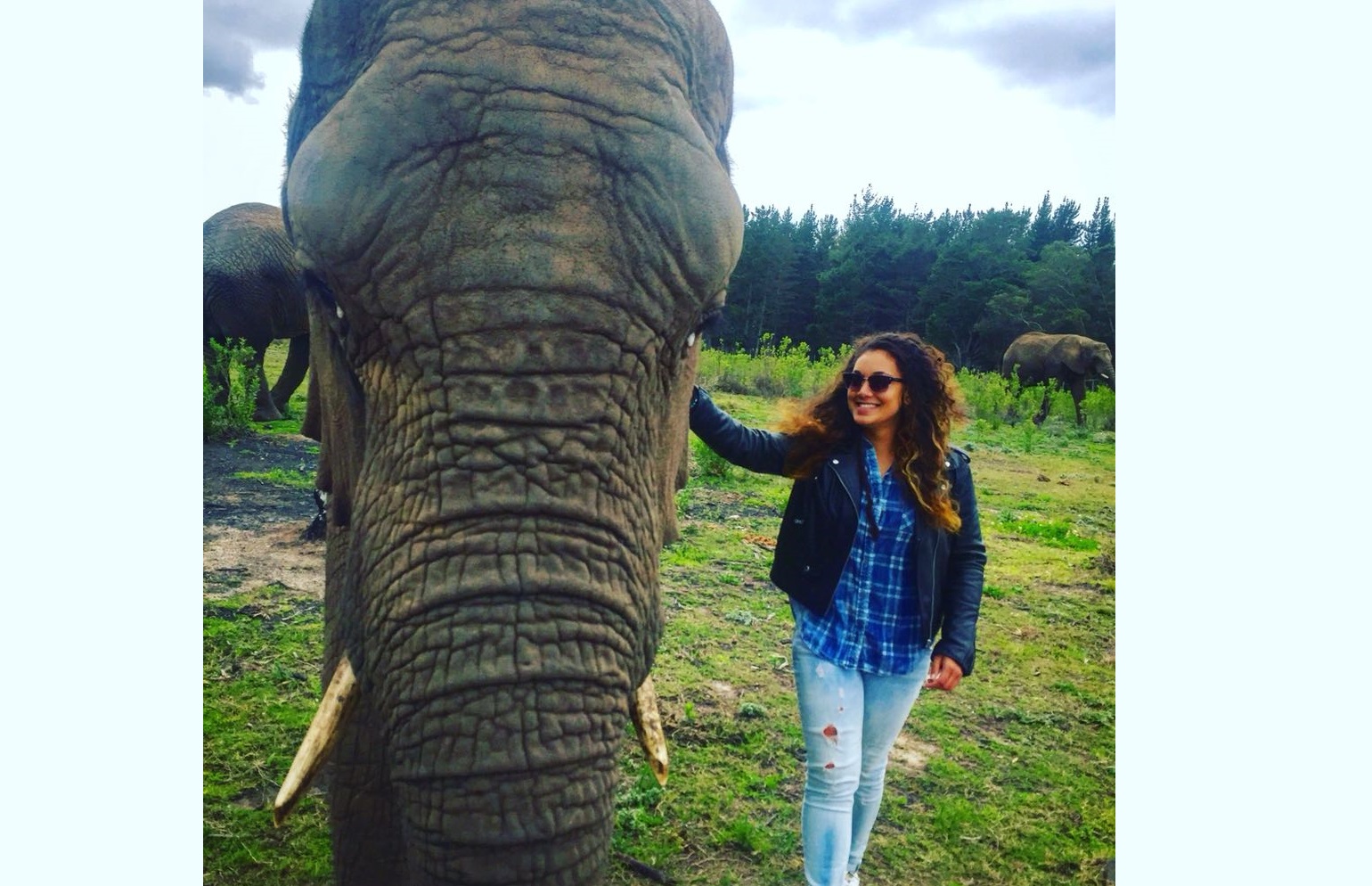 Travelling the world, living the dream

Gill has visited so many places that at this point she can’t keep count, but says her favourite stop was Cape Town, South Africa. 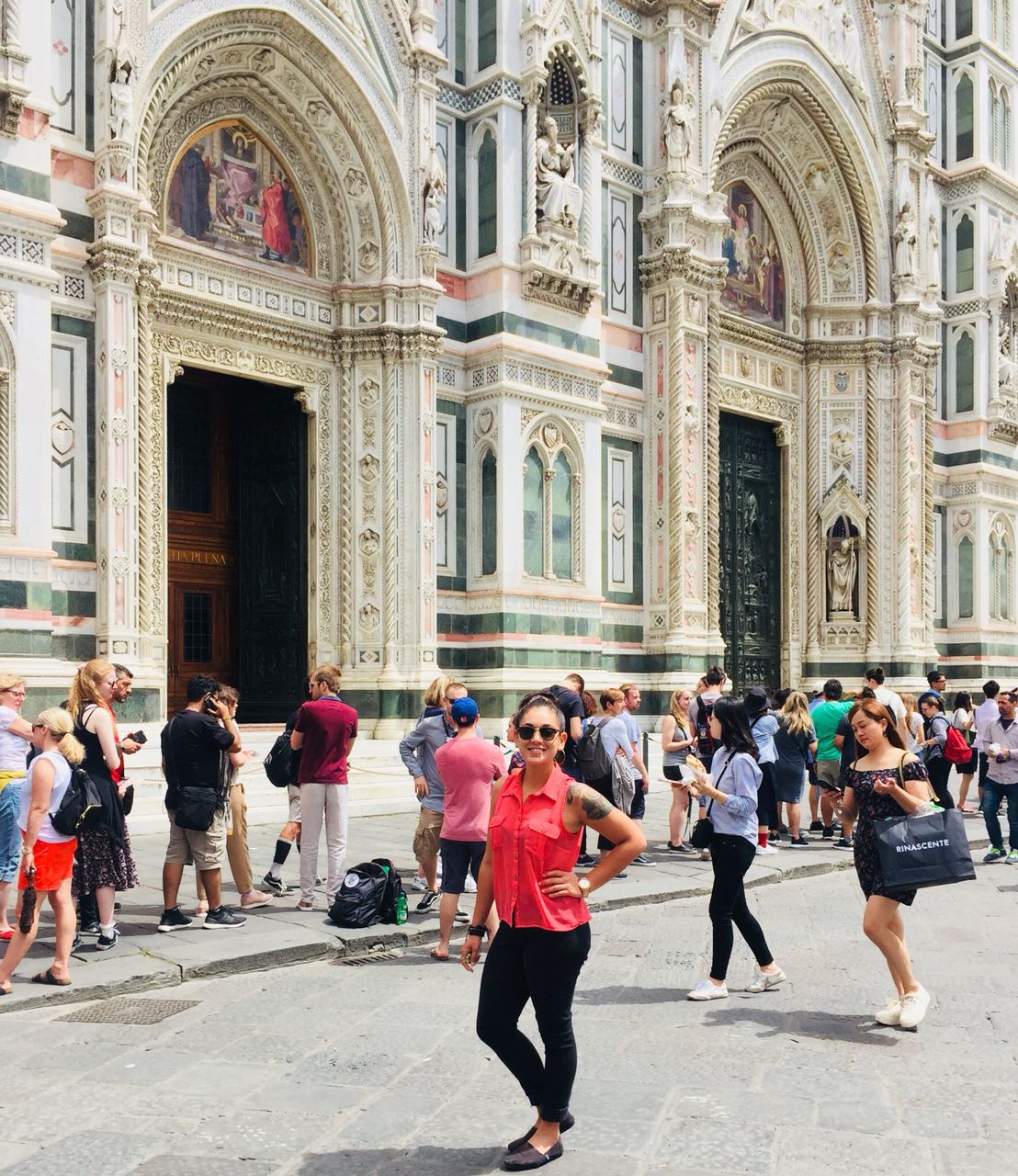 She has also visited Peru, Norway, and is currently in Europe, having been to France, Pisa and Florence in Italy, among others.

“It’s humbling, to say the least. To be able to do a casual interview while strolling through Florence, who would have thought? I can’t believe it sometimes. But I do work hard, I just want to be able to inspire people to do the same thing, to be inspired by all the things life has to offer,” she said. 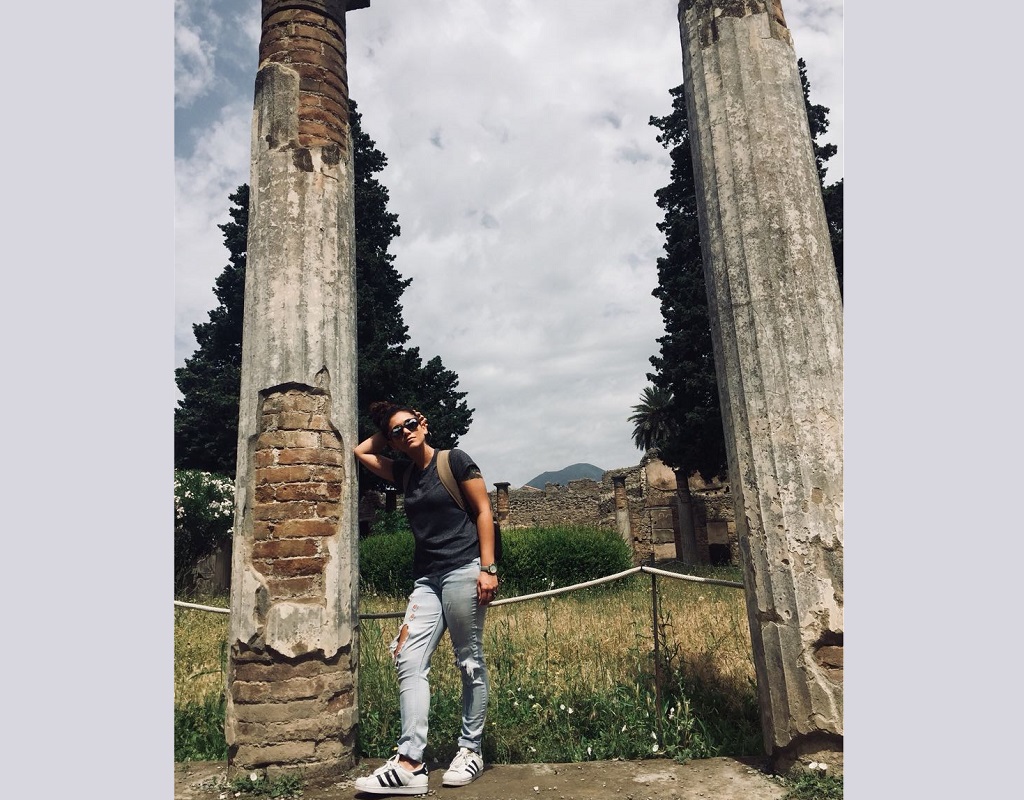 Moving forward, Gill will be studying in Italy pursuing a Master’s programme in Arts and Culture Management but plans to still work on her music wherever possible.

“I’ve grown so much as a writer, producer and as a person, and I like to think that it shows, so if you look at my previous songs you will see the progression of it. I still have so much to learn,” she said.

‘Monsters’ will be released on Youtube this month: https://bit.ly/2MqqK9A