From MusicTT's 'Spotlight' to Disney’s The Lion King 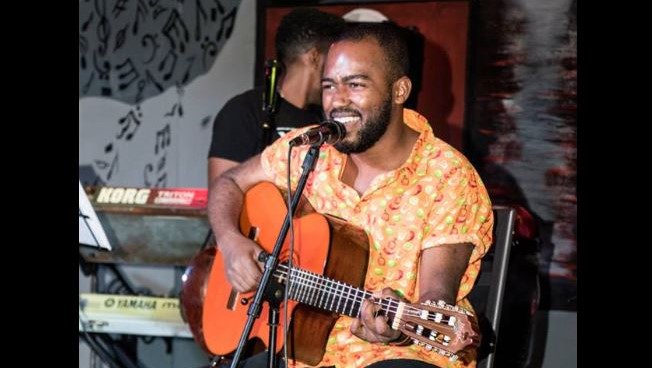 On December 9th, 2017, singer Daniel Griffith made a huge impression on a panel of international judges when he performed his original piece ‘Ms. Heartbreaker’. His unique voice, unquestionable talent and charming personality won him a spot in the first cohort of MusicTT’s Artist Portfolio Development Programme, now known as 'Spotlight'.

Today, Daniel is one of the new cast members for the UK and Ireland tour of the landmark musical The Lion King which will open in Bristol in September 2019 before moving on to Edinburgh in December 2019.

'Spotlight' seeks to identify artistes who have international potential for export, grooming them to leverage their creative talent on the worldwide market.  As a member of the first 'Spotlight' cohort, Daniel received training on a number of areas including vocal training; music theory; stage performance; artist branding inclusive of social media profiles, professional photography and artist biographies; knowledge capacity in entertainment law and the business of music.

“I want to thank MusicTT because I had basically given up on all non-academic pursuits until I did the first 'Spotlight' showcase,” Daniel said. “Every session, seminar and performance was a reminder of things that I once prayed about. I want people to know that they can actually achieve their dreams.

"Ever since I was young I would talk about moving to London and being on Disney. I meant it in a different context but here I am. The impossible will continue to look impossible if all you see is the end. It just takes little victories. Step by step, task by task, and before you know it, your dream is in view.”

Melissa Jimenez, General Manager of MusicTT, said, "We at MusicTT and CreativeTT are extremely proud of Daniel and all that he's accomplished during the past year with us. Now he's gone on to fulfilling another step of his dream and we could not be more elated and supportive of his endeavours. We wish him all the best on this new and exciting journey."

The Lion King is produced by Disney Theatrical Productions. The tour coincides with The Lion King celebrating 20 years at London's Lyceum Theatre.

Since the UK premiere in London in 1999, The Lion King has entertained over 15 million theatregoers and remains the West End's best-selling stage production and the sixth longest-running West End musical of all time.