The Mustard Seed Communities aim to solve poverty through entrepreneurship 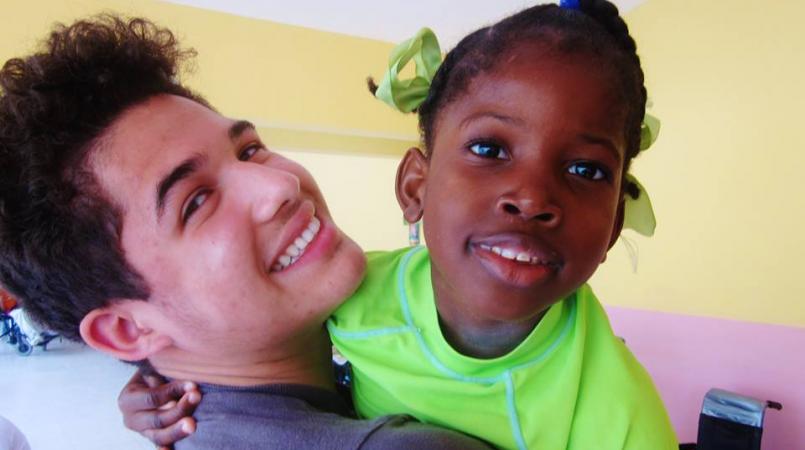 In an effort to address poverty, a Jamaican/Trinidadian priest is teaching entrepreneurship as a way to help people around the world.

Monsignor Gregory Ramkissoon is doing so through his mission, The Mustard Seed Communities, which he founded in Jamaica in 1978 to care for abandoned children and later, those afflicted with HIV and AIDS.

It quickly evolved to larger communities in need, because of economic hardship.

“Trickle-down economics is not working as was first contemplated, in the First World or anywhere else,” he said. “We felt we had to help people build lives that they could sustain.”

MSC now has chapters and operates centres and care facilities in the US, Europe, the Caribbean and Africa. It is set to expand its operations to Cuba and Guatemala and Malawi in the near future, having already opened centres in Zimbabwe, Nicaragua and the Dominican Republic. MSC also had a presence in Haiti before the last earthquake.

To accomplish all this, the MSC has a staff of over 600 (excluding hundreds of volunteers) and its work directly benefits many thousands of people. One of the things that made the expansion of its activities possible, said Monsignor Ramkissoon, was the prize money he was awarded (about US$ 80,000) when he was named the inaugural Anthony N Sabga Caribbean Awards for Excellence Laureate in Public & Civic Contributions in 2006. With that sum, he said, “I was able to approach other donors and ask for matching funds, instead of a seed donation.”

The MSC is now supported by various international foundations, donations from its chapters in the different countries and the revenue generated by its commercial activities. Like the Biblical mustard seed which gave the mission its name, the enterprise has now grown far beyond its original proportions. A major reason for the rapid growth is that rather than providing material for immediate consumption, the MSC aims to provide materials to build sustainable lives for its clients. In Jamaica, activities include traditional agriculture and aquaculture.

The concept of Social Entrepreneurship has been fully embraced as  MSC’s farms now supply hotels and restaurants with eggs and fish, run a radio station (ROOTS 96.1 FM), and produce ceramics and gift cards. This model is being applied to other countries with success. In other countries such as  Zimbabwe, the Dominican Republic and Nicaragua, the focus is more agricultural and craft-oriented.

In addition to the ANSA Caribbean Awards prize, said the Monsignor, the expansion of the mission has been helped by two things. The first is the requests Governments made and church agencies in the various countries who have been  asking for assistance. The second is the growth in the consciousness of the sector of the population christened in the media as “millennials”, mainly from the US.

“We have about 82 groups of 20 millennials visiting Jamaica every year,” said Monsignor Ramkissoon, “They’re mainly Americans from different universities who come as short-term missionaries. If they wish to continue helping, we recommend they register as charities in their home countries, and form associations. We now have 30 or 40 chapters in the US, and also in the Netherlands, Ireland, Zimbabwe, Nicaragua, Dominican Republic and we’re looking at starting one in Canada.”

One place that has not seen a MSC “start-up” is Trinidad and Tobago.

The reason, said Monsignor Ramkissoon, is its wealth relative to other places. “We’ve been asked, but others places are in greater need. In Cuba, for example, despite the popular conception of the government’s reach and its institutions to care for the population, there is an unbelievable childhood poverty problem. We’re about to set up a house in Havana. In Guatemala as well, the poverty is so great, some people take disabled children and have left them in the mountains to die. The same can be said for Malawi in terms of the existing conditions for children.”

Despite some challenges establishing the MSC Zimbabwe in its early years, MSC has done very well there. It now has five homes in Zimbabwe, operates three early-childhood schools, runs a community training centre for young people and manages a nutrition program distributing meals to 500 children every day.  At the request of Church bishops, MSC is poised to venture into Malawi and Ghana.

Another priest, Fr Garvin Augustine (also from Trinidad) was responsible for setting up various programs in Zimbabwe and now oversees its current operations. His responsibilities also include managing all MSC operations outside of Jamaica.

The situation in Africa, said Monsignor Ramkissoon, has been exacerbated by the current state of the world economy. Money from the Middle East has shrunk or disappeared with the fall in oil prices. China is now a dominant presence in the continent but as a lender, not a donor.

The MSC has clearly been a success, yet, it continues to evolve, responding to the social needs of the communities. The next step, said its founder, is the provision of a trained corps to organize and carry out MSC projects. This is already a reality in Jamaica, where the community is setting up a training facility to supply its own needs there and abroad.

In this, the Monsignor welcomes the participation of Trinidad and Tobago and elsewhere – what is needed more than anything is dedicated, motivated recruits to carry the mission forward. ”We want to build a property in Jamaica to train young people to go into countries as ‘vision carriers’” he said. “We are especially interested in the millennials, who seem particularly attuned to our mission. We are just embarking on a new five-year development plan, and we need an international team. Our goal in the near future is the deepening of the mission, rather than the broadening.”