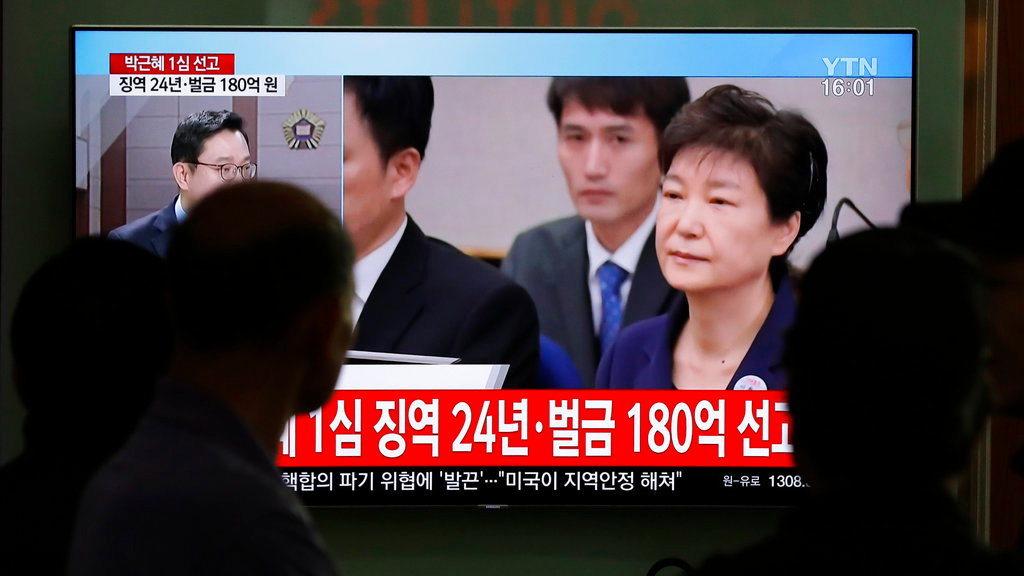 North Korea on Saturday called disgraced former South Korean President Park Geun-hye a "traitor" responsible for "extra-large hideous corruption," in its first reaction to the sentencing of Park to 24 years in prison on corruption charges.

The insults carried by the North's official Korean Central News Agency came a day after the Seoul Central District Court found Park guilty on a variety of charges, including abusing her power and taking tens and millions of dollars from companies in bribes and through extortion. She had been under arrest since March last year.

The relations between the Koreas were terrible while the conservative Park was in office as she took a hard line after the North accelerated its nuclear weapons and missile tests in 2016.

For years, North Korea's state media used extremely violent and sexist language to criticize Park, calling her a "prostitute" for the United States and a "murderous demon" destined to meet "a sudden and violent death." In June last year, North Korea vowed to execute Park and her spy chief, accusing them of planning to assassinate the North's supreme leadership, an allegation the South's National Intelligence Service denied.

Millions of South Koreans protested for Park's ouster before an opposition-controlled parliament voted to impeach her in December 2016. Park was formally removed from office and arrested in March last year. She called her trial political revenge and declined to attend court sessions.

Park still has her supporters — most of them in their 50s, 60s and 70s — who spent the past year passionately rallying for her release. Thousands of pro-Park supporters angrily but peacefully marched near Seoul's presidential palace on Saturday, swinging South Korean and U.S. flags and denouncing the court's verdict as "judicial murder."