Narrow escape for elderly couple after landslide crashes into house 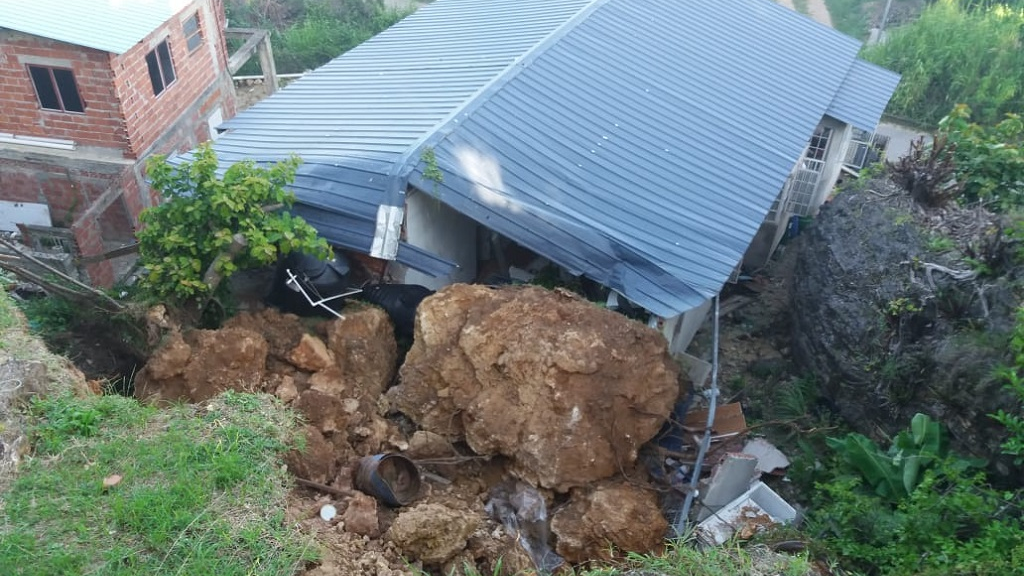 Photo: Joyle Morris and his wife had a narrow escape after a huge landslide crashed into their home on Sunday afternoon.

An elderly Laventille couple could have been crushed to death in their own kitchen after a landslide fell on top of their home on Sunday.

Joyle Morris, 69, said to LoopTT that his wife, 67, who is a cancer patient, was in the kitchen only moments before the giant rock crashed into their house, almost killing her.

Morris said there were some small stones which fell from above last Tuesday after the 6.9 earthquake. But he said it was just minor damage.

However, on Sunday morning they never expected the giant land mass to break away and tumble directly onto their house.

“We were in the kitchen, my wife is a cancer patient, and I heard something fall on the galvanise, and I thought it was gravel.”

Morris said when they moved to investigate the sound, they heard and saw the mass of earth smash into their kitchen, exactly where they stood only moments earlier. 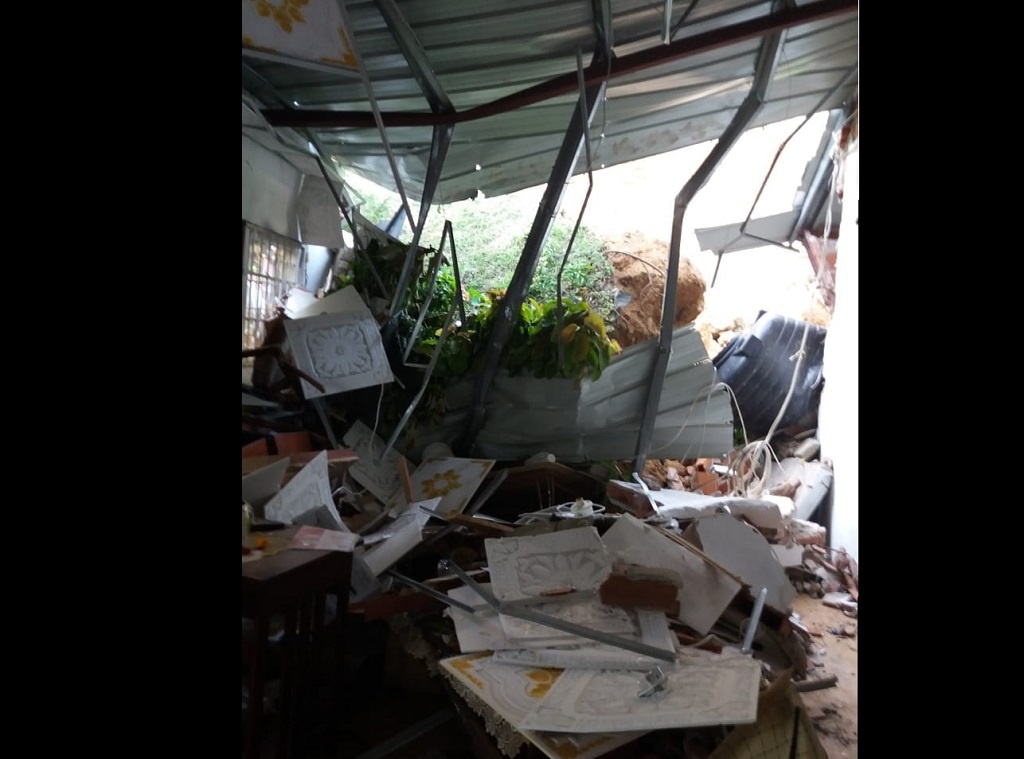 “When we move out from the corner we saw this thing come crashing into the kitchen. Stove, fridge, washing machine, dryer, everything smash-up.

“Where my wife was standing, the stone stopped right there, which means it would have crushed her to powder, she started to bawl, everybody was frightened,” he said.

The couple now has nowhere to stay and is wondering how they will recover from this terrible incident.

“It’s frightening, the house is destroyed, it’s devastating,” he said.

Morris said they also need extra materials to cover their house as the rains may fall and destroy whatever belongings they have left.

“Tonight we don’t know where we will sleep, but God is good, we will find a way,” he said.

Morris and his wife are currently using disposable plates and cups and troubled as to how they will be able to repair their home.

He said the councillor for the area visited their house on Monday along with officers from the Office of Disaster Preparedness and Management (ODPM) and said engineers and others would assess the damage in order to render assistance.

“Thank God we’re alive, we will survive somehow, I have faith,” he said.

Persons wishing to help Morris and his wife can contact him on his mobile phone at 321-9184.