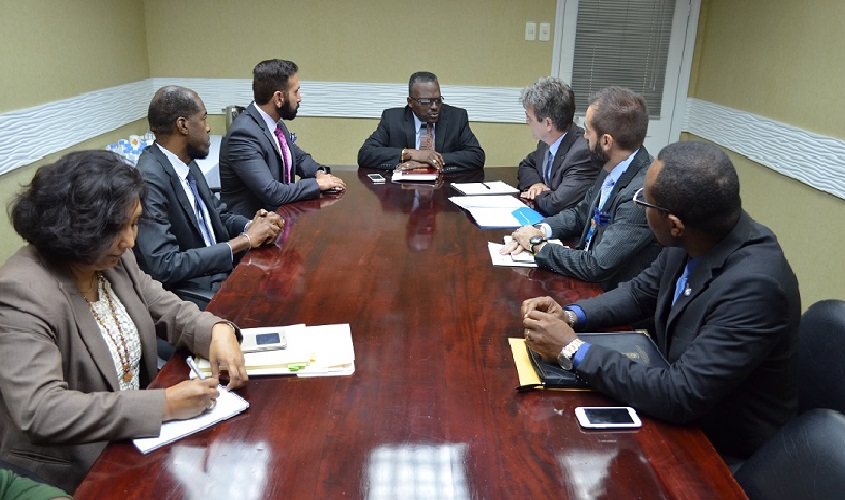 National Security Minister Edmund Dillon and Attorney General Faris Al-Rawi held a meeting on Tuesday with some of the biggest critics of the repatriation of 82 Venezuelan nationals over the weekend.

They met with the United Nations Resident Coordinator Richard Blewitt and Protection Officer of the United Nations High Commissioner of Refugees (UNHCR) Ruben Barbado at the Ministry of National Security in Port-of-Spain around 10:30 am.

A statement from the Ministry noted that the purpose of the meeting was to correct the "misinformation" in the public domain about the repatriation exercise.

Dillon and Al-Rawi reportedly reiterated that the exercise was strictly carried out on a voluntary basis, in collaboration with the Ambassador of Venezuela to Trinidad and Tobago, Coromoto Godoy Calderón.

They also expressed Government’s commitment to treating all persons humanely and fairly and to upholding its international obligations.

Describing the meeting as "cordial", the Ministry said both parties agreed to continue the ethos of collaboration and cooperation.

It said the Government respects the human rights of any person who seeks asylum in Trinidad and Tobago as well as the rights of any foreign national to voluntarily return to their country of nationality.

According to the release, the Government remains cognizant of its responsibility to look after the national security interests of its citizens.

Vox Pop: How do you feel about the Venezuelan refugee issue?