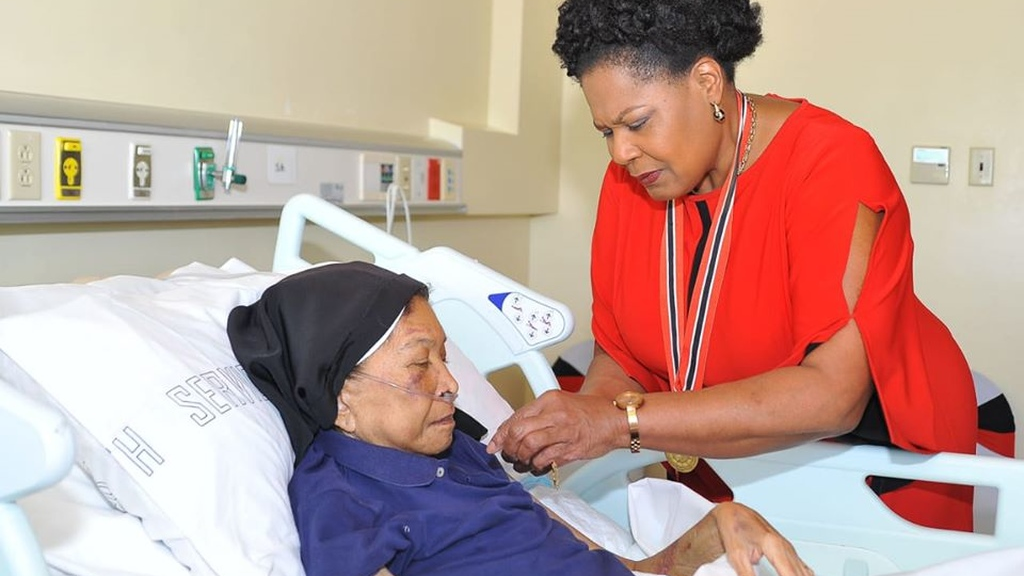 Just over a month after receiving her national award Sister Phyllis Wharfe has died.

Sister Phyllis passed away this morning at a hospital in Tobago where she was receiving dialysis treatment for some time. She was diagnosed with end-stage renal failure in 2006.

President Paula Mae Weekes presented Sister Phyllis with the Medal of Merit at her bedside in Tobago in September following the national awards ceremony on Republic Day.

The award was in recognition of her decades of service in education and the empowerment of women.

Sister Phyllis was the former Principal of St Joseph's Convent, San Fernando where she served for over a decade.

She went on to teach at various schools in Trinidad and Tobago.

A fluent French speaker, Sister Phyllis was known for her tough, no-nonsense approach to education.

At the time of her passing, past students of St Joseph's Convent, San Fernando were engaged in fundraising efforts to pay for her dialysis treatment.