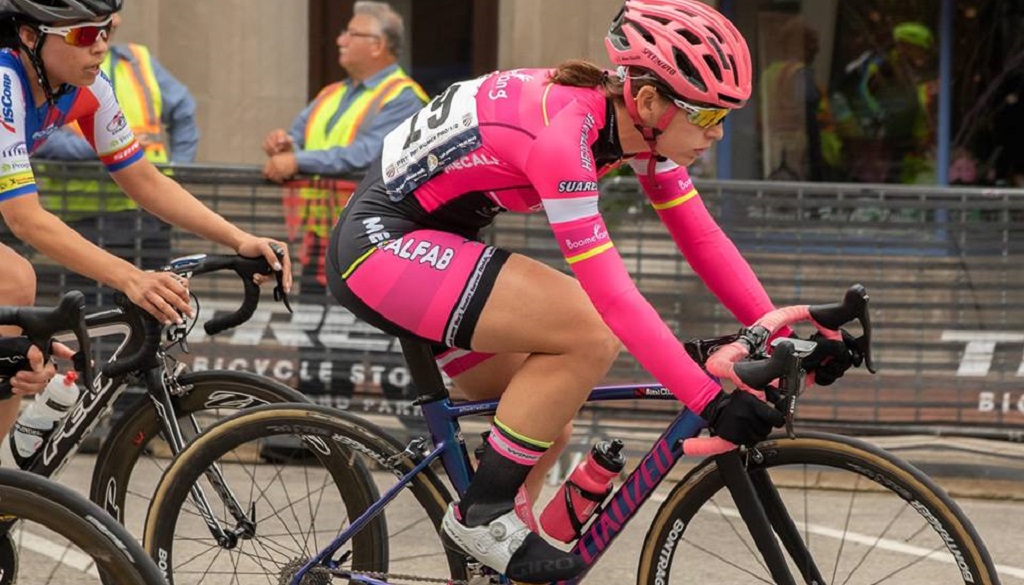 National cyclist Alexi Costa said the tragic deaths of British nationals Joe Brown and Joanna Banks, who were killed while cycling along the Uriah Butler Highway on Saturday morning, are proof that more respect is needed for cyclists on the nation's roadways.

Brown, who was head chef of Jaffa Restaurant, and Banks, who was a manager at bpTT, were cycling with their group Slipstream Cycling Club, along with a police escort, when a driver lost control of his car and slammed into the group.

Costa said in a social media post on Saturday that as a cyclist, she is despondent at the comments made by citizens after the accident.

"This morning has truly been an emotional one. Everyday we are on these roads training, and still cannot get the respect we deserve from drivers on the road. When is the population of T&T going to educate themselves on the laws of the roads concerning cyclist?"

"Does it take very tragic deaths for people to actually take us seriously? How much of us is it going to take before something is done?"

"I have read many comments from some uneducated people saying things like " why are we riding on the road" and " we should just go train somewhere else."

"THE ONLY ROAD THAT WE ARE NOT ALLOWED TO RIDE ON IS THE SOUTH HIGHWAY! People of T&T when are you going to respect all users of the road, not only cyclists but other drivers and pedestrians!"

"The disrespect that we get from some of these drivers on a daily basis has begun to make me hate training in the country that I love to represent."

Costa called for citizens to join local road safety group Arrive Alive, which is hosting a day of remembrance in honour of road traffic victims at the Queen's Park Savannah on November 17, 2018.

"RIP to those that have lost their lives to the sport that we love due to lack of concern from drivers on the road," she said.

The Slipstream Cycling Club also expressed condolences on the deaths of their club members and thanked citizens for their messages of condolence and support, including residents of Beetham Gardens, who rushed to the aid of the cyclists after the accident.

"It is with tremendous sadness that we formally announce that our beloved Chef Joe Brown was killed yesterday when a car crashed into our peloton which was proceeding in an easterly direction along the Beetham highway. Joanna Banks, a UK national living in Trindad and working with BPTT, who was one of our newer members, was also killed. Joanna wore the SS colors with pride and has represented SS in triatholons, as well as never missing our Saturday rides since she joined the Club. She embodied everything that is Slipstream. Our prayers are with the families and loved ones of Joe and Joanna."

"Adelino Perriera (Dino), a former Slipstream Race Director and former racing cyclist himself, was also struck by the vehicle, but is thankfully stable and in good spirits. Dino is expected to be discharged from hospital shortly. Dr. Ajit Kuruvilla was also injured. Despite his injuries in true SS fashion, Ajit rendered emergency assistance to those at the accident site, until he was taken away to hospital. Ajit has been discharged and is resting comfortably."

"Today we would like to thank all of those who rendered assistance in this our darkest hour. The residents of Beetham Gardens, Slippies, our sponsors who reached out as soon as they heard the terrible news, the police and fire services. We also thank the other members and clubs in the cycling fraternity who have reached out to us and sent their love and support to us at this time."

"We also say thank you for the lives of our other ten cyclists who were in the peloton yesterday. We are relieved that these members, although traumatized by yesterday's horrific events, returned to us and their families safe and sound."

The Trinidad and Tobago Cycle Federation also issued condolences to the families and friends of the victims.

"The TTCF & the Caribbean Cycling Community would like to extend deepest condolences to the family members of Joanna Banks & Joe Brown who were fatal victims of a tragic accident which took place on the East Bound Lane of the Churchill Roosevelt Highway in the vicinity of the Beetham Gardens this morning Saturday 10th November approximately 6.45am.

These cyclists were members of the Slipstream Cycle Club who were on a Saturday morning training ride, heading east on the highway, where a vehicle plunged into these cyclists which caused this tragedy. We understand there were other cyclists who sustained injuries and are currently being treated at the POS General and Mt Hope hospitals. We are awaiting further details on the condition of these cyclists. With regards to the actual accident we would not wish to comment further, as this will be investigated by the TTPS.

We at the TTCF continue to support the initiative of the organizations “Share the Road” and “Arrive Alive” who promote safe traffic practices amongst all road users, since several cyclists have lost their lives on the road. We urge citizens also to support these organizations.

Once again our thoughts and prayers are with all the families of the Slip Stream Cycle Club in this most difficult time."