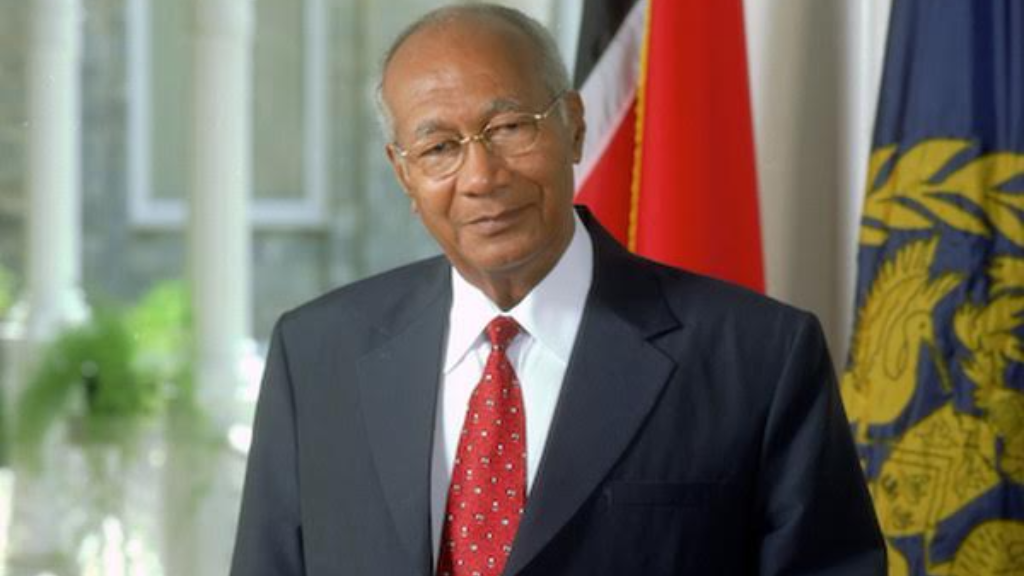 Professor Richards passed away Monday evening. Richards was the country’s fourth President whose time in office spanned 2003 to 2013. A chemical engineer by training, Prof. Richards was Principal of the St. Augustine Campus of the University of the West Indies in Trinidad from 1984 to 1996.

He previously worked for Shell Trinidad Ltd. before joining the University of the West Indies in 1965. Known by most citizens as “Max” Richards, he was born in San Fernando in 1931.

The flag should be flown today as well as on the day of his funeral.

The National Flag should be flown at half-mast or half-staff lowering the flag by its own depth from its normal position at the peak of the staff when the nation is in mourning.

Other flags on the same stand of poles should also be at half-mast or should not be flown at all when the National Flag is at half-mast.

Flags of foreign nations should not be flown at half-mast unless their country is also observing mourning.