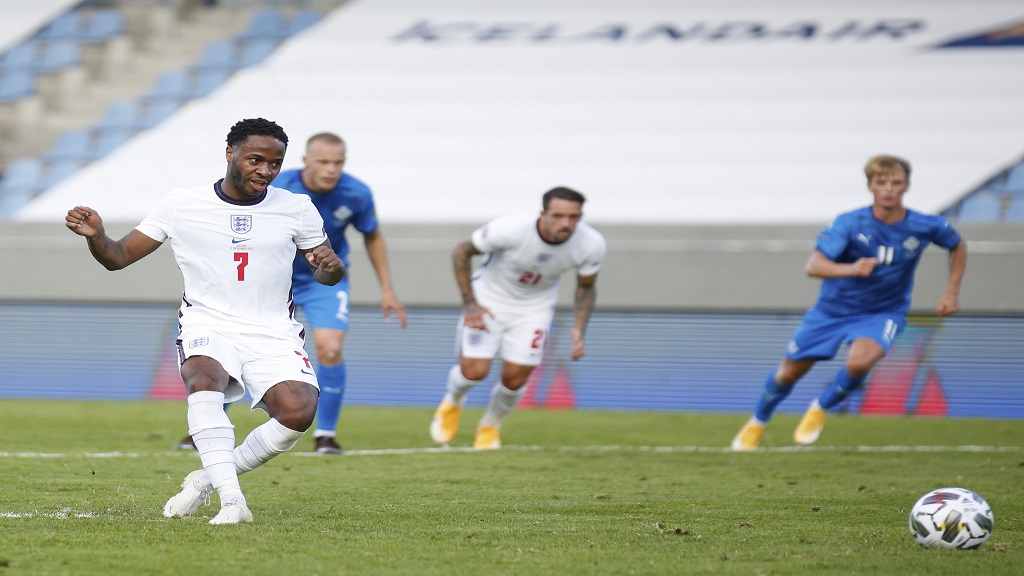 Four years later, England have gained a measure of revenge for one of the most embarrassing results in their history.

Yet, there was still time for Iceland — a Nordic nation with a population of 330,000 — to earn a penalty of their own seconds after the restart.

Birkir Bjarnason missed the target, though, allowing England’s players to breathe a sigh of relief after the first game of 2020 for both teams.

“We leave with a win that is really important but a bit flat,” England manager Gareth Southgate said, “because it feels like we got away with it.”

In 2016, England were humiliated by losing 2-1 to Iceland in the last 16 of the European Championship, a score line the country which invented the game still struggles to live down.

With England’s players severely short of match sharpness for this match, failing to beat Iceland wouldn’t have come close on the shock levels of four years ago but the visitors were still heavily favored to win in an empty stadium in Reykjavik.

Aside from a seventh-minute goal from Harry Kane that was incorrectly ruled out for offside — VAR was not being used at the game — England didn’t really come close to scoring until Sterling had a shot blocked by the arm of Sverrir Ingi Ingason, who was handed a second yellow card and sent off.

That evened up the team numbers, with Kyle Walker having been sent off in the 70th minute for a second yellow card after diving into a recovery tackle.

Sterling scored from the spot, only for Joe Gomez to give away a foul in England’s area after grappling for a high ball into the area straight after the restart.

Bjarnason sidefooted the penalty over the crossbar.

“The lack of match sharpness showed in our creative play,” he said.

Walker, the Manchester City defender, became the first England player to be red-carded in a competitive fixture in eight years. He was making his 49th international appearance and has only just regained his place in the squad, with England awash with top-quality right backs.

“To make a rash challenge like that is not acceptable,” Walker said. “I don’t blame the pressure, I am a seasoned professional and I should know how to manage a game.”

Pakistan sign off tour of England with series-tying T20 win