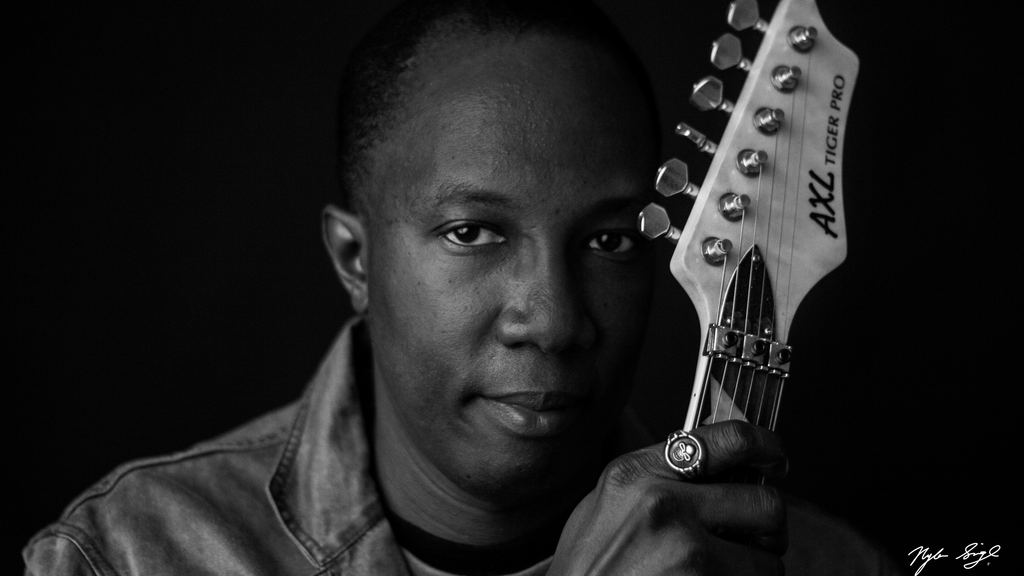 In a country where music producers are a dime a dozen, Navid Lancaster has found a way to stand out.

The 46-year-old is fast carving out a niche as the go-to film composer in Trinidad and Tobago and he has his ambitions set on a global market.

Since 2012, Lancaster has been racking up an impressive set of achievements for his work in film.

Lancaster also worked as the Technical Assistant for the Award-winning full-length feature docudrama ‘Pan – Our Music Odyssey’ which was the Official Selection for multiple Film Festivals around the globe and was broadcasted on PBS. 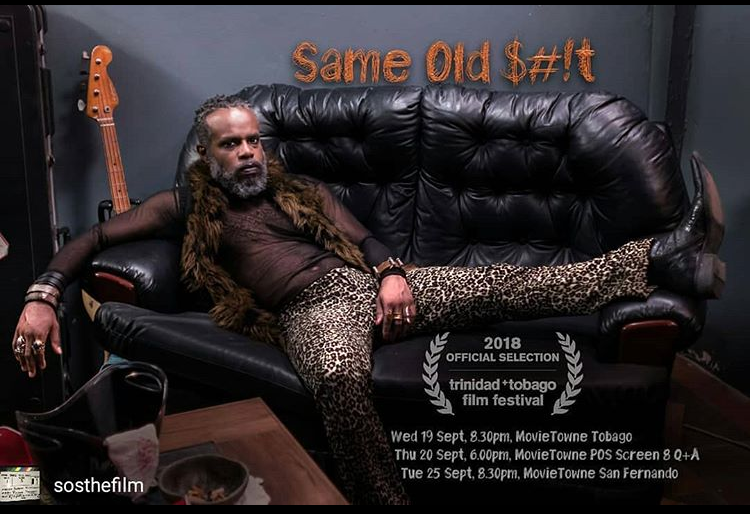 “I tell people if you want your film to win an award, it has to pass through my hands,” Lancaster told Loop during an interview.

For the 2018 Trinidad and Tobago Film Festival, Lancaster is hoping his magic works on “Same Old Shit”, a short movie starring actors Conrad Parris and Cecilia Salazar, for which he did the score.  The movie was produced by Pixel Play Studios, formerly MacFarlane Films.

Long before he discovered the world of film, Lancaster started off his musical journey in typical fashion.

At 19, he picked up his sister’s guitar and taught himself to play much to her chagrin.  A focused individual, he spent close to 20 hours a day perfecting the instrument.

A member of the Baha’i Faith, he travelled to Guyana for a teaching campaign and fell in love with the country. His initial three weeks stretched to four months. While there, he met a fellow Baha’i, JB Eckl, a Canadian songwriter, recording artist and producer who played with 1870s funk band War and Carlos Santana.

“He and I were talking and I told him I wanted to get into music. He told me to follow my calling so when I came back home I got into music seriously after my A ‘levels,” Lancaster recalled.

Over the course of the next few years, Lancaster played in bands such as a soca, reggae, back in times band called AK47 and switched to doing rock and heavy metal with Broken Mirroz, a band formed with his friend Sheldon Manoo. 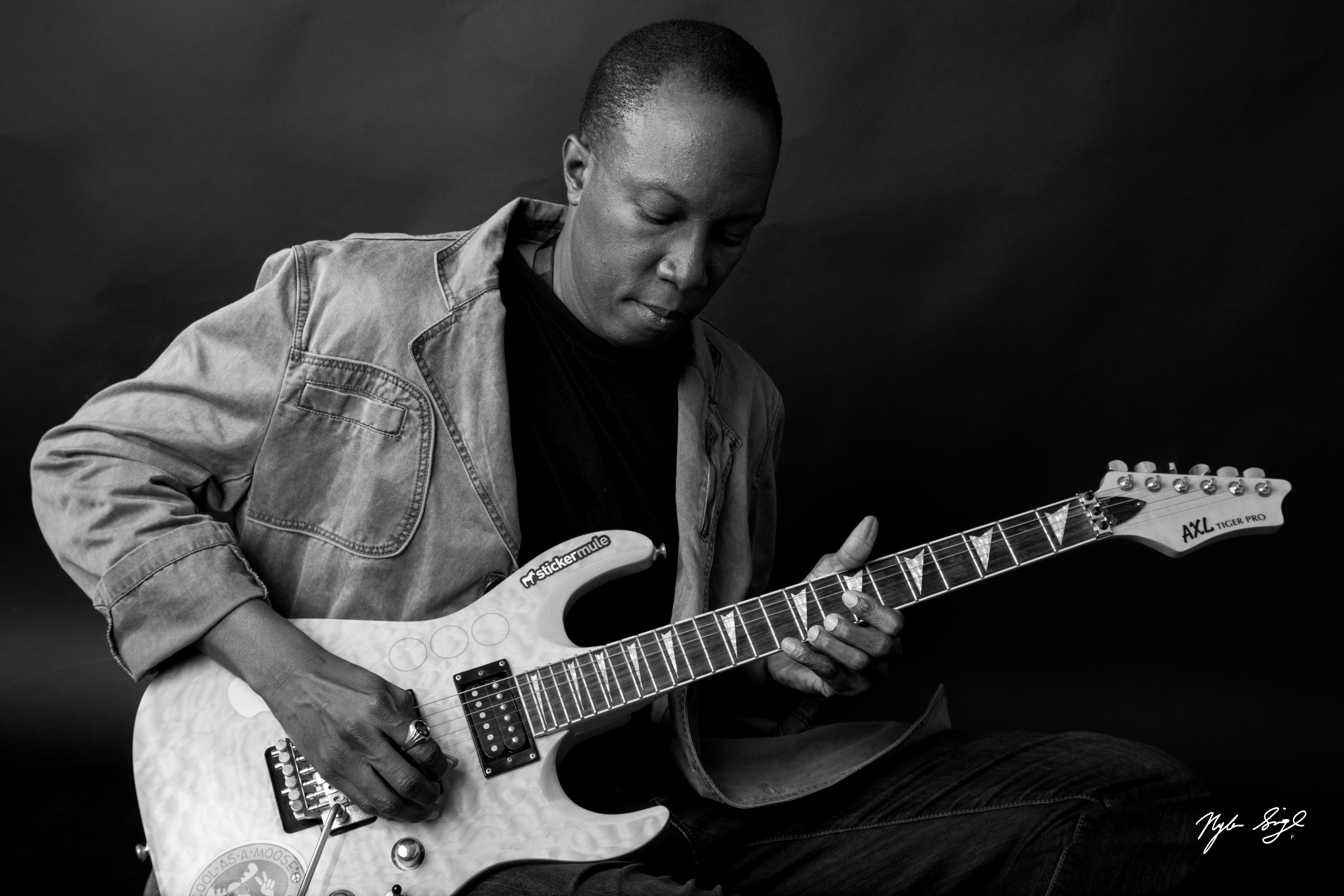 But it was while working as a secretary at the National Baha’i Centre that Lancaster saw something that would change the trajectory of his musical career.

“I called him and he said yeah if you really want to learn this thing you have to leave your job. I left and he said he will have me for three months to learn what I could. He taught me the way he was trained, he threw me into Studio B with two paying clients, a Macintosh computer and the clock ticking and these people waiting,” he said with a laugh.

“I was the gopher. I did it the old school way, the military way. There was an engineer’s chair, I couldn’t sit in it. I had to fetch coffee and stuff. It was brutal. It was on the cusp of the Carnival period and I could say looking back that was the best training because I had to learn and learn fast.”

Following his intense training, Lancaster worked for advertising agencies as a music producer and followed that up with a gig at Spektakula Promotions, recording calypsonians and producing ads.

After Spektakula, he co-managed the music technology lab at the University of Trinidad and Tobago at the National Academy for the Performing Arts (NAPA) where they trained producers, engineers and data management among other things.

“In 2012 I was helping out on a live show and I saw a guy and girl filming. I introduced myself. The guy was Steven Taylor. I gave him my card and two, three months later he gave me a call and said he is doing a film called “Buck - the Man Spirit” and I am the only musician he knows. I got the script and rough cut and did the soundtrack for it. That film won Best Short at the Film Festival and from there I started marketing myself as a film composer,” he said.

Lancaster said while he has studied other film composers, namely John Williams, the most famous name in that field, he wants to be himself.

In developing a score, he said, he aims to serve the story.

“The story is the be all and end all. I usually get the script beforehand because of the relationship I have with the directors and producers.  I read the script and have a meeting with the director and I pepper them with questions. I usually ask what you want the audience to feel. We have a spotting session for the locked scenes and producer/director and I sit down and analyse every scene and I ask more questions. My job is to interpret technical talk into a musical language in my head. From there I start working on some ideas. It is a step by step process where you are creating a piece of art.”

As one of only three film composers on the island, Lancaster said a major challenge is getting filmmakers to see music as an integral part of their process.

“We have a situation, and I have experienced it more than once, that sound is like an afterthought and they treat composers as though they are easily disposable which is why I push so hard to get a level of respectability in sound design in terms of having proper music composition and sound design because without it the experience is diminished,” he said.

Always keen to push the boundaries of his skills, Lancaster has been working with fellow Trinidadian Anthony Phills, a visual storyteller and designer who lives in the US.

Lancaster has also composed music for and is featured in Phill’s projects, among them “CARICOMM”, the first interactive Caribbean business magazine app for iPad and was the music editor for the “I’m Glassing” magazine mobile app (BETA) created for Google Glass. He is also the music composer/sound designer for the first ever Material Design (Google Design Standard) mobile book for iOS and Android, ‘Thirty Stories 30 Days’. His work with Phills, he said, is opening doors in the film and gaming industries.

In addition to film, Lancaster is also working a few albums and through his company Lancast Ltd, he does audiobook creation, music for mobile and websites and radio and television commercials.

“I literally want to win a few Grammys but not necessarily in music production, and I am planning to move around to places like Japan and Africa. I haven’t scratched the surface yet,” he said.