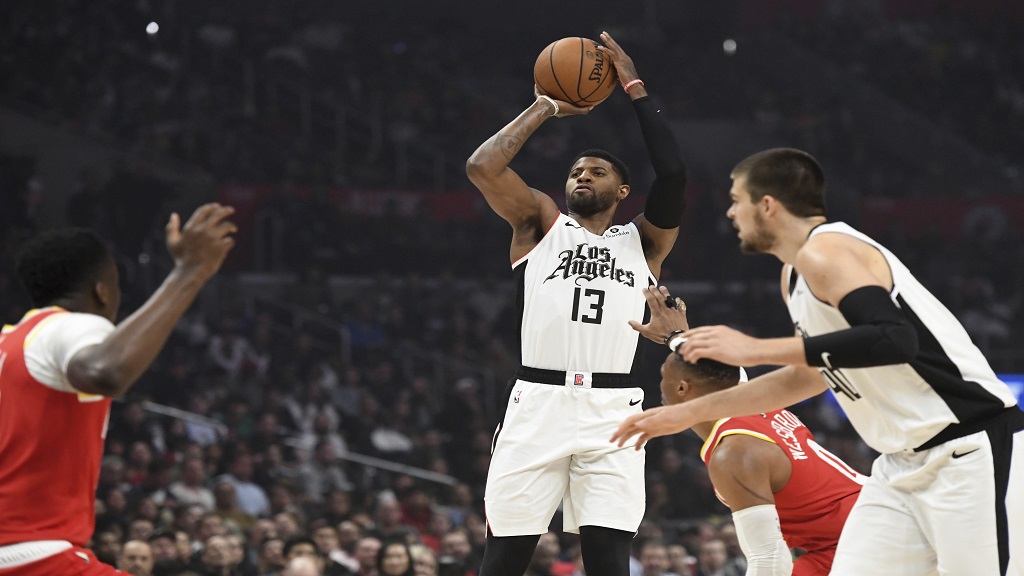 The Los Angeles Clippers handed the Houston Rockets another loss, while the Lakers' run continued in the NBA on Friday.

A 42-point fourth quarter helped the Clippers edge the Rockets 122-119 at the Staples Center.

The Rockets suffered a second straight loss despite 37 points and 12 assists from James Harden and a 22-point haul from Russell Westbrook.

The Lakers extended their winning streak to six games by overcoming the Oklahoma City Thunder 130-127.

Once again, it was Anthony Davis (33 points and 11 rebounds) and LeBron James (23 points and 14 assists) leading the Lakers.

Luka Doncic continued his fine form. The Mavericks star had 30 points, 14 assists and seven rebounds in Dallas' 143-101 demolition of the Cleveland Cavaliers.

Andre Drummond stepped up for the Detroit Pistons, finishing with 23 points and 15 rebounds in a 128-103 win over the Atlanta Hawks.

Facing one of his former teams, Jimmy Butler had 27 points and seven assists for the Miami Heat in a 116-108 victory against the Chicago Bulls.

The Cavaliers slumped to a sixth straight loss and it was an embarrassing 42-point defeat to the Mavericks.

Leonard hit the key shot for the Clippers with 15.4 seconds remaining before a couple of late George free throws.

Can Memphis end the Lakers' run? The Grizzlies have struggled to a 5-9 record and lost their past two ahead of Saturday's game against the 13-2 Lakers.