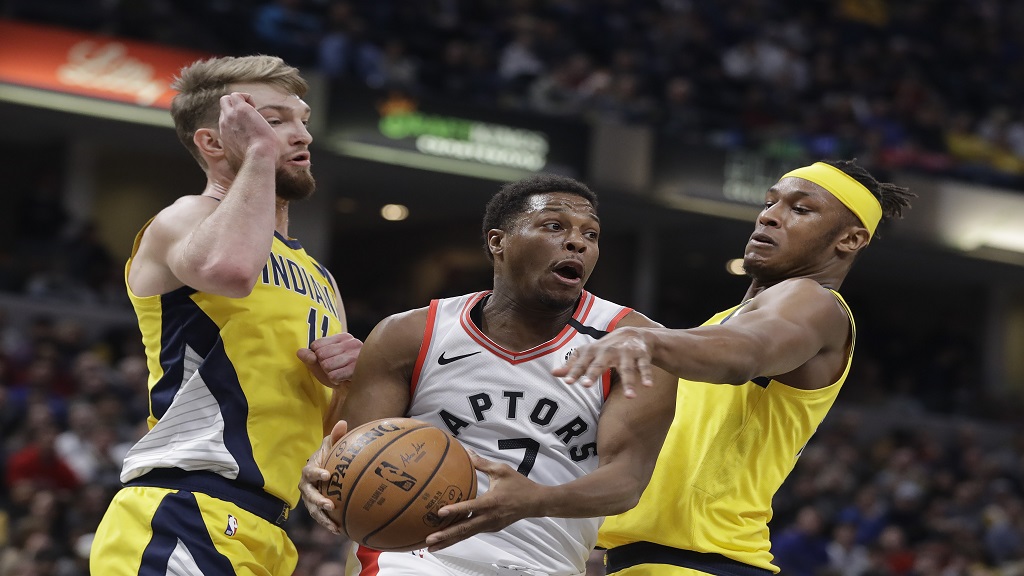 Reigning NBA champions the Toronto Raptors extended their winning streak to 13 games, while the Philadelphia 76ers claimed a crucial victory over the Memphis Grizzlies.

The Raptors (38-14) stayed hot with a 115-106 win away to the Indiana Pacers on Saturday – a franchise record 10th straight road victory.

Eastern Conference rivals the 76ers snapped a four-game losing streak by beating the Grizzlies 119-107 in Philadelphia.

Struggling on the road, the 76ers impressed again at Wells Fargo Center thanks to 22 points and 10 assists from Ben Simmons.

A stiff neck limited Joel Embiid to 10 points and 10 rebounds in 16 minutes.

Forget about Simmons, Embiid and Tobias Harris, it was the Furkan Korkmaz show in Philadelphia. Korkmaz had a career-high 34 points. The Turkish import made 13 of 17 shots, including seven of nine three-pointers.

All-Star Jayson Tatum posted 32 points to lead the Boston Celtics past the Atlanta Hawks 112-107. John Collins had 30 points for the visiting Hawks.

The post-Andre Drummond error started with a loss for the Detroit Pistons and starter Bruce Brown was among those to struggle in the 108-101 loss at the Oklahoma City Thunder. Brown was one of nine from the field for just four points in 33 minutes.

Russell Westbrook sat out and the Houston had a night to forget. While James Harden recorded 32 points, his Rockets team-mates struggled. Houston only made 29 of 85 shots at 34.1 per cent.

Beal with the game-winner!

Bradley Beal was the hero for the Washington Wizards, who stunned the Dallas Mavericks 119-118 at the buzzer.

The NBA-leading Milwaukee Bucks, Los Angeles Clippers and in-form Raptors are in action on Saturday, however, all eyes will be on the Los Angeles Lakers. After being upstaged by the Rockets at Staples Center, LeBron James and the Lakers (38-12) travel to the lowly Golden State Warriors (12-40).