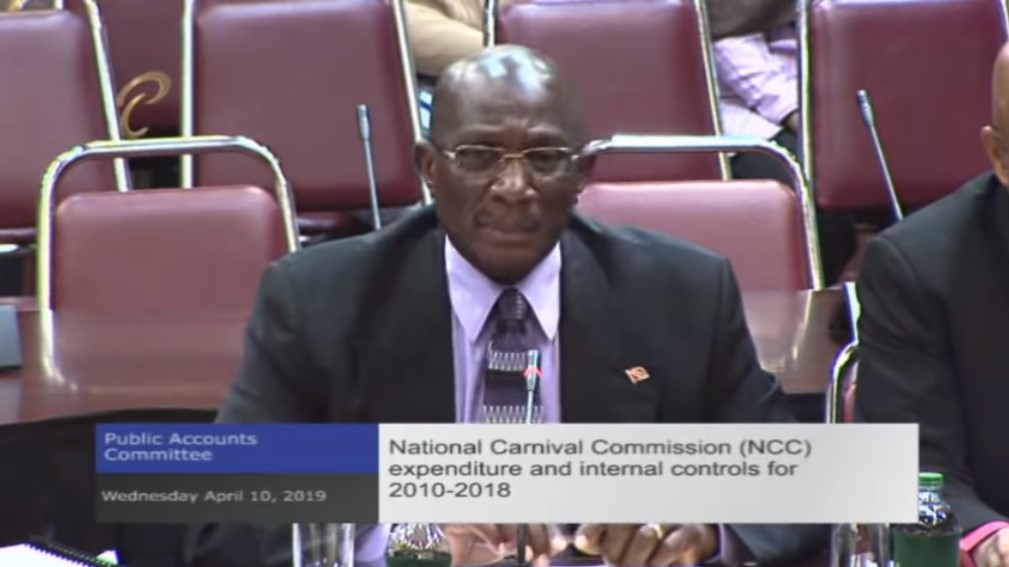 The National Carnival Commission (NCC) owes everyone but the man on the Quaker Oats box.

That was the declaration of NCC Chairman Winston ‘Gypsy’ Peters as he laid out the financial woes of the Carnival body.

Speaking before the Public Accounts Committee on Wednesday to review the state board’s financial statements for 2010 to 2018, Peters said each year the NCC gets its subvention late which results in a recurring backlog of expenditure.

Addressing the late payment of their subvention, Peters said it makes it harder to do the things they want to.

“If you get the money just before Carnival, it encumbers you to do the things you have to do…we rely on the generosity of people and providers to give us the service even long before the money. Half of that debt is owed to providers, people who provide us from year to year and they have to wait until next year to get this year money and they are waiting through the years to get this money. you can do the things you have to do. That is why we have the same providers every year because they are the ones who can withstand giving you the service and waiting on their money,” Peters said.

He said the debt limits their capacity to make Carnival a better product especially when it comes to promoting the festival.

He said the NCC does not get money until December which makes any promotion a waste of time.

Asked what would be enough money for the NCC on a debt-free portfolio, Peters said we are behind the eight ball.

“We start off with a deficit in terms of monetary allocation. Most things people have to pay for is done in foreign currency. Say we getting $140 million to run Trinidad and Tobago’s Carnival, woefully inadequate in terms of running a proper Carnival because when you think about the exchange on a $140 million to run our Carnival if you really go to advertise…just to get Carnival in Times Square for a month will cost US$50,000. On the trains is a next US$25,000 or US$30,000 for a two week period.

Peters said the NCC is taking the initiative to generate its own revenue by investing in products such as the International Soca Monarch (ISM) and Chutney Soca Monarch (CSM). He said the ISM was given $6 million while CSM received $4 million this year.

He defended the investment stating that these shows are institutions and over time there will be returns. He stated too that the NCC should also be invested in promoting events such as Point Fortin Borough Day which will redound to the benefit to the country.

Peters also revealed that the NCC is looking into the establishment of a souvenir shop in the Queen’s Park Savannah which will also assist in generating revenue.

NCC Chief Executive Office (CEO) Colin Lucas revealed that apart from the Government subvention, NCC received $5 million in earned revenue from rentals of its facilities and $2 million in sponsorship.

In addressing the organisation’s audits Shivan Sawh, the Assistant Auditor General expressed concern that the price listing for tickets and reconciliation statement for tickets printed and sold were not provided for any year. He said that should not be taken lightly and urged NCC to read the management letters sent which outlines everything that is required for audits.