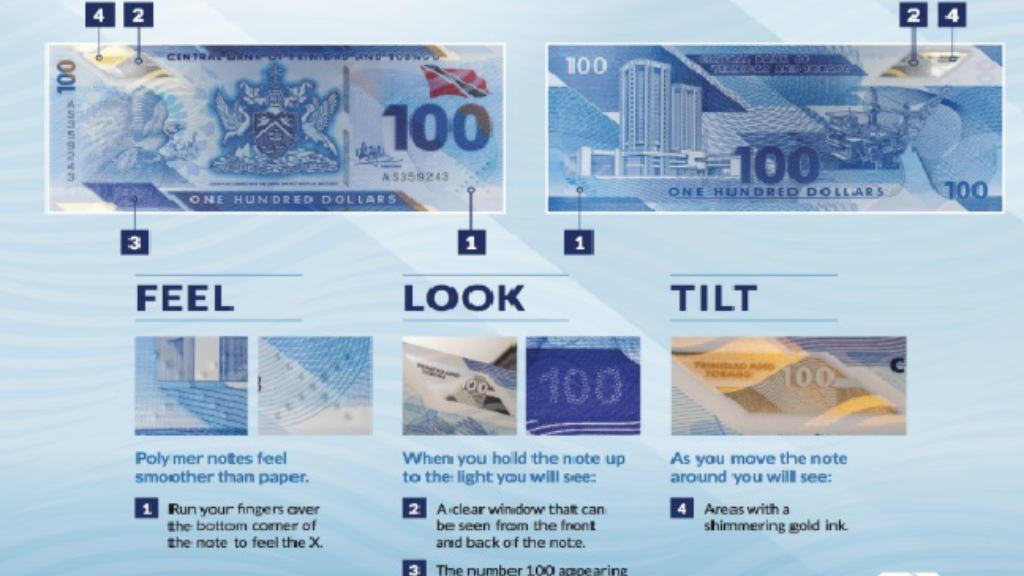 Trinidad and Tobago’s new $100 bill has been unveiled.

Following an announcement made by the Minister of National Security, the Central Bank of Trinidad and Tobago gave citizens a look at what the new bill is set to look like.

The bill, which will be printed on polymer paper, now features several new things.

Printed on a similar colour to the current one, the front of the bill now has an image of the national flag. It also features a much larger image of the coat of arms, with ‘100’ emblazoned on the top left and centre right of the bill. 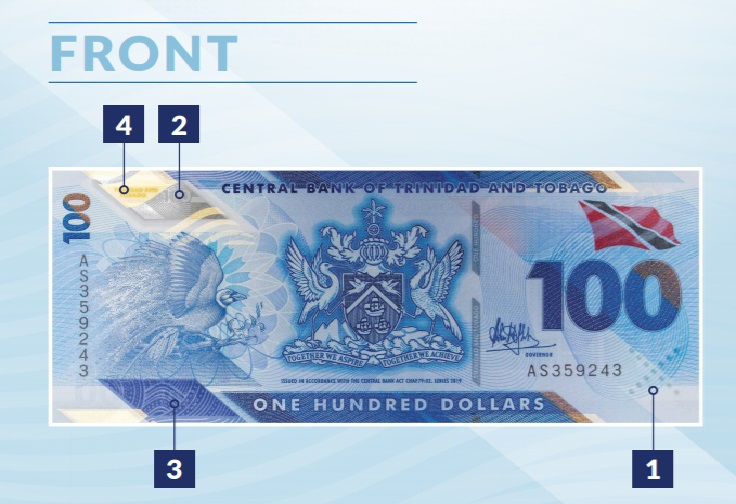 The back of the bill now has shimmering gold ink on the top right corner, as well as an image of the Central Bank Twin Towers on the left side. 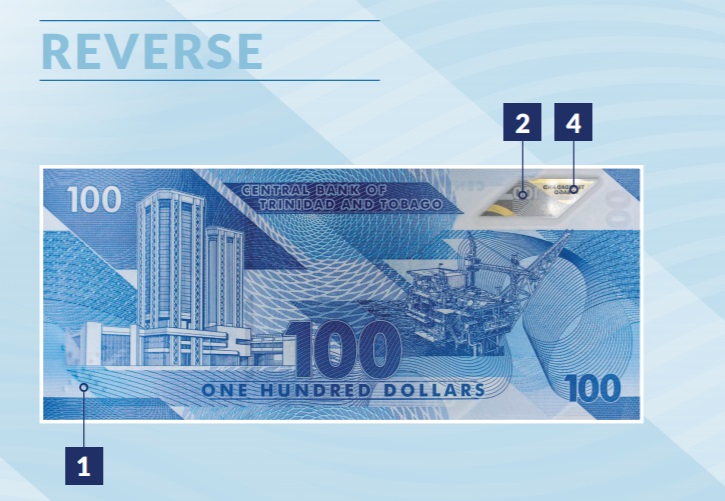 The Central Bank also explained the features of the bill that could help citizens properly identify the real ones from possible counterfeits.

The bill is set to come on stream once Senate passes an amendment to the Central Bank Act, which will allow for bills to be replaced in a minimum of 14 days instead of the current three-month stipulation.