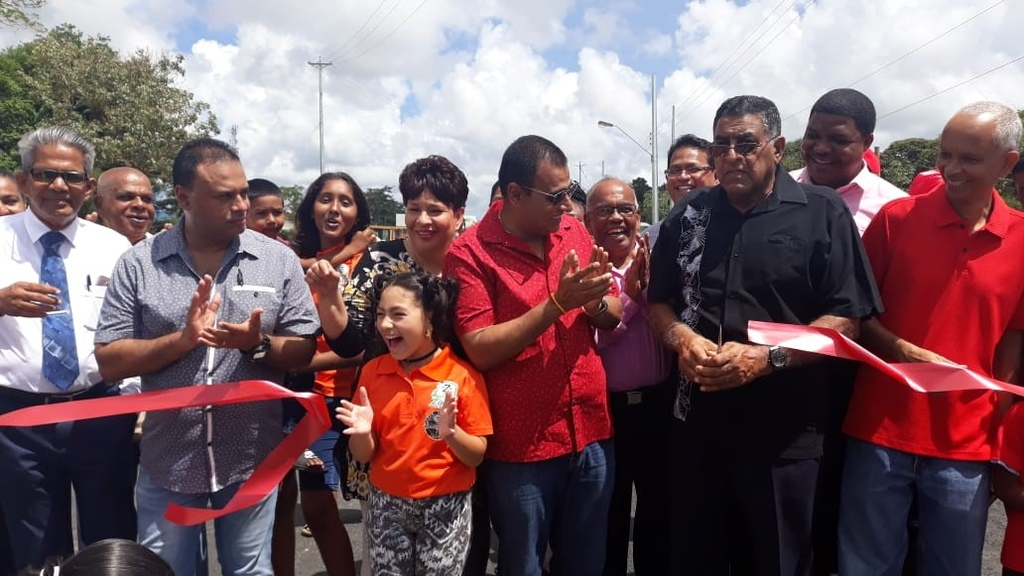 The new Cuanapo Bridge in Sangre Grande is now open.

The Ministry of Works and Transport officially opened the bridge on the Cunapo Southern Road, Sangre Grande today.

Over the past decade, the Ministry of Works and Transport received numerous requests from the business community, residents, and SWAHA Hindu College indicating that the Cunapo Bridge was unsafe to traverse. 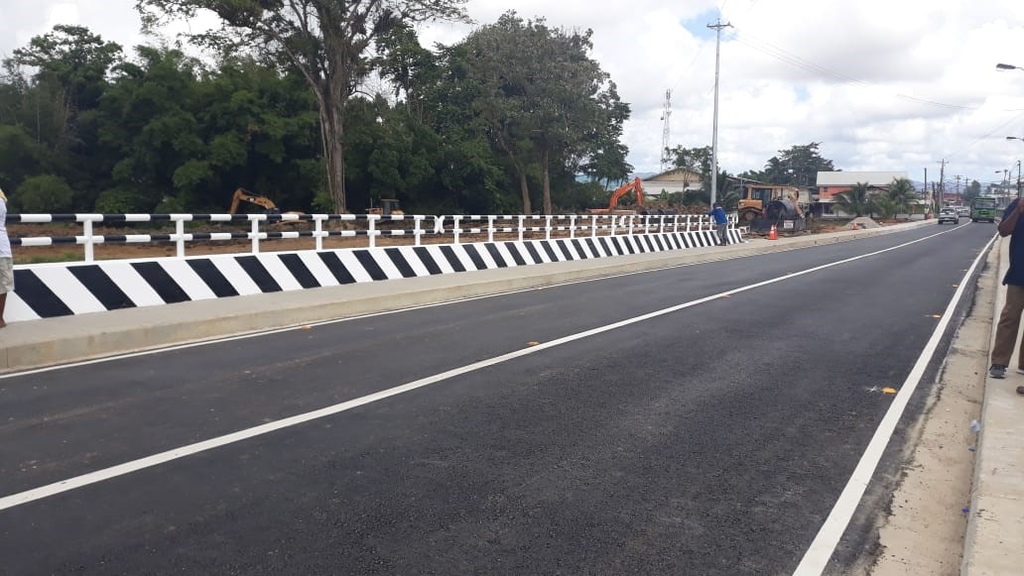 Main concerns included a lack of pedestrian access along the bridge particularly for children attending SWAHA, reduced traffic flow along the Cunapo  Southern Main Road as the bridge could only accommodate single lane traffic, the continued dilapidation of the existing bridge and perennial flooding in the area, the Ministry said in a release.

After consultation with the relevant stakeholders, the Ministry along with the Drainage Division, the Environmental, Health and Safety Unit, Chief Traffic Engineer and members of the fence line community agreed that the best strategy would be to realign the river channel with the new bridge being constructed south of the existing structure.

This option, the Ministry said, would have best treated with drainage issues in the area and the challenge of providing a feasible detour road during the reconstruction of the new bridge.

The Cunapo Bridge Project was executed under Phase 2 of the Bridge Reconstruction programme and construction  began in April 2018.