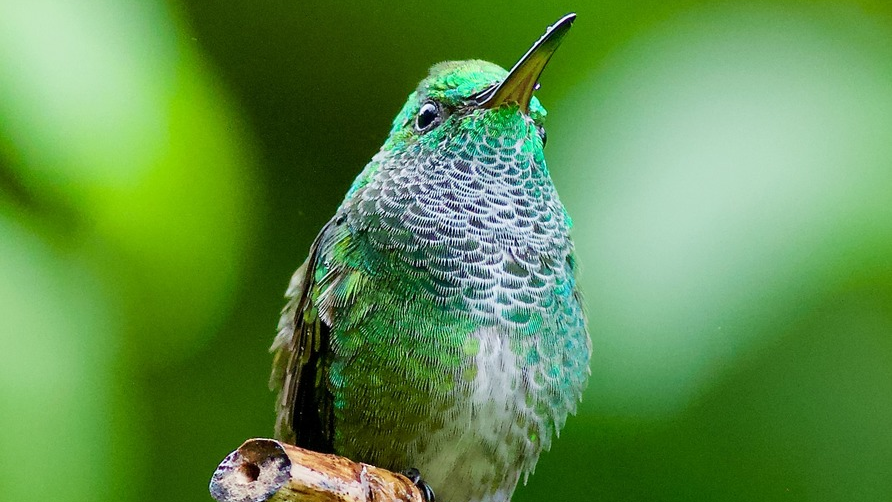 The glittering-throated Emerald Hummingbird was discovered on Oct 8.

Trinidad and Tobago's Hummingbird population just expanded by one with the recent addition of a new species.

The glittering-throated Emerald, Amazilia Fimbriata, was discovered on October 8 at Yerrete, a Hummingbird attraction in the Maracas Valley, in the Northern Range of Trinidad.

Theodore Ferguson, who owns the facility with his wife, Gloria, said the bird just appeared in his garden one day.

“I was photographing him and discovered he was not one of the regular birds I know, he was different,” Ferguson told Loop.

“The closest bird to it is the white chested Emerald. This one has a glittering greenish leaf green throat and chest, it is very beautiful,” he said.

Ferguson said he sent a photo of the bird to a bird expert in the United States who confirmed that it was from the Amazon region.

Ferguson speculated that it could have strayed like some birds do or left that region due to climate issues.

With the addition of the new bird, T&T now has 19 species of Hummingbirds.

Guyanese passenger deported after smuggling birds to US in curlers