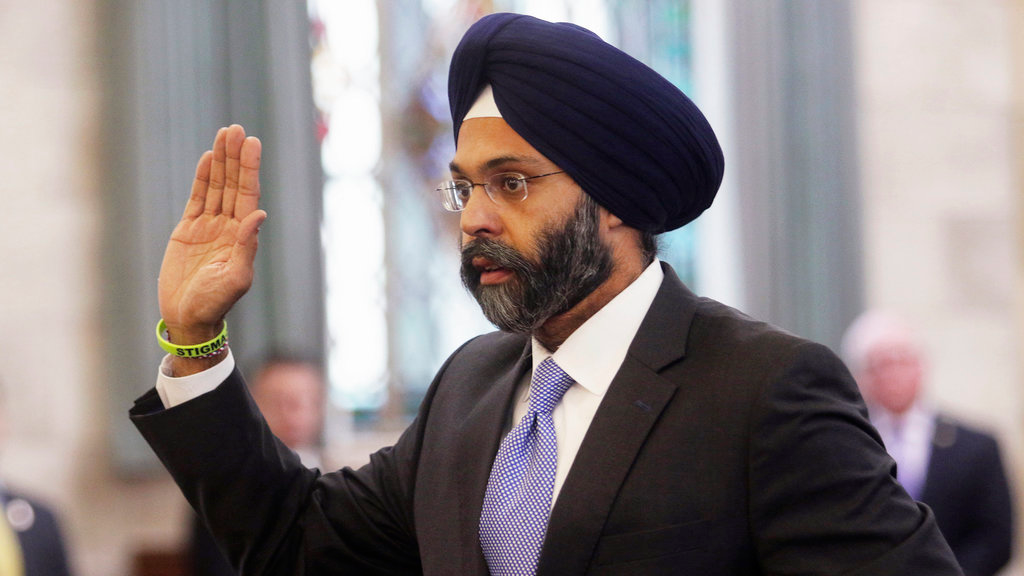 In this Jan. 16, 2018, file photo, Gurbir Grewal is sworn in before testifying in front of the senate judiciary committee in Trenton, N.J. WKXW-FM radio hosts Dennis Malloy and Judi Franco are receiving heavy criticism for repeatedly referring to Grewal, the state's attorney general, as "turban man" on air, Wednesday, July 25, The Record reports. (Chris Pedota/The Record via AP, File)

Gurbir Grewal tweeted Thursday morning that he's the 61st attorney general of New Jersey. He wrote: "I'm a Sikh American. I have 3 daughters. And yesterday, I told them to turn off the radio."

WKXW-FM hosts Dennis Malloy and Judi Franco made the comments Wednesday while discussing Grewal's recent order to suspend marijuana prosecutions in the state. Malloy said he couldn't remember Grewal's name and he told Franco: "I'm just going to say the guy with the turban."

The pair continued to call Grewal "Turban Man" throughout the segment.

Malloy and Franco acknowledged their words might be offensive, but Malloy said "if that offends you then don't wear the turban and maybe I'll remember your name."

The station, known as New Jersey 101.5, tweeted: "We have taken immediate action and have taken them off the air until further notice.  We are investigating the matter and will have further comment shortly."

The American Civil Liberties Union and Gov. Phil Murphy have denounced the hosts' statements, with the Democratic governor saying hate speech "does not belong on our airwaves."