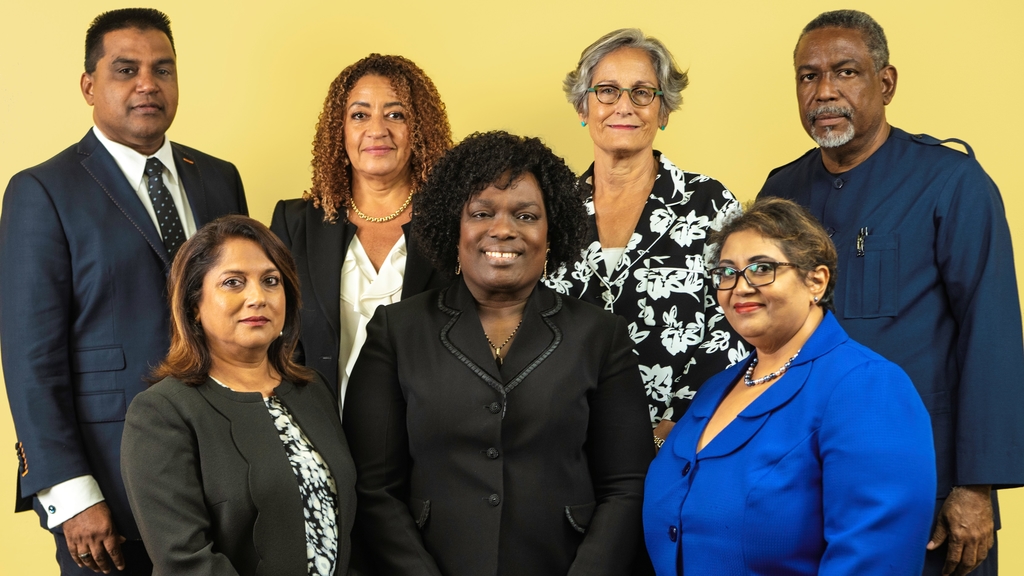 Six members have been appointed to the Industrial Court of Trinidad and Tobago.

They were also greeted by the Chairman of the Essential Services Division, His Honour Lawrence Achong who was reappointed as Chairman and the Court’s executive.

The new members of the Court are:

1. Her Honour Wendy Ali, an attorney-at-law who brings to the Court 25 years of corporate law and senior management experience. Prior to joining the Court, she was CEO at the North West Regional Health Authority. She has served on the executive of several state bodies including the National Insurance Property Development Company Limited (NIPDEC) and the National Insurance Board of Trinidad and Tobago (NIBTT).

Ali will preside as a judge in the Essential Services Division.

2. Her Honour Indra Rampersad-Suite, an attorney-at-law and a chartered accountant. She has served as State Counsel II in the Ministry of Finance, Inland Revenue Division since 2012 and has held several leadership positions over her 24-year career at the Ministry.

Rampersad-Suite will preside as a judge in the General Services Division.

3. Her Honour Angela Hamel-Smith has over 35 years experience in the field of human resources and industrial relations. She was the Group Manager, Human Resource at Massy Limited for 2 years and was also a member of the Industrial Relations Committee of the Trinidad and Tobago Chamber of Industry and Commerce. She served on several boards including the Trinidad and Tobago Electricity Commission, the Statutory Service Commission and the Government Human Resources Services Company.

Hamel-Smith will preside as a judge in the General Services Division.

4. Her Honour Elizabeth Solomon is a certified mediator. She brings a wealth of experience in mediation and negotiations through her advisory and management work with international and regional organisations. Prior to joining the Industrial Court, she served as the Executive Director at the Dispute Resolution Centre. She is a member of the board of the Mediation Board of Trinidad and Tobago, a Trinidad and Tobago representative for the Network of Women Mediators Across the Commonwealth and a member of the Unyoke Foundation for South Africa Peace Mediators Network.

Solomon will preside as a judge in the General Services Division.

Cabrera will preside as a judge in the General Services Division.

6. His Honour Nizam Khan, an attorney-at-law, who served as a Magistrate in the Magistracy/ Judiciary of Trinidad and Tobago. He has been reappointed to serve for another term.

Tit for tat between T&T Chamber and Industrial Court continues