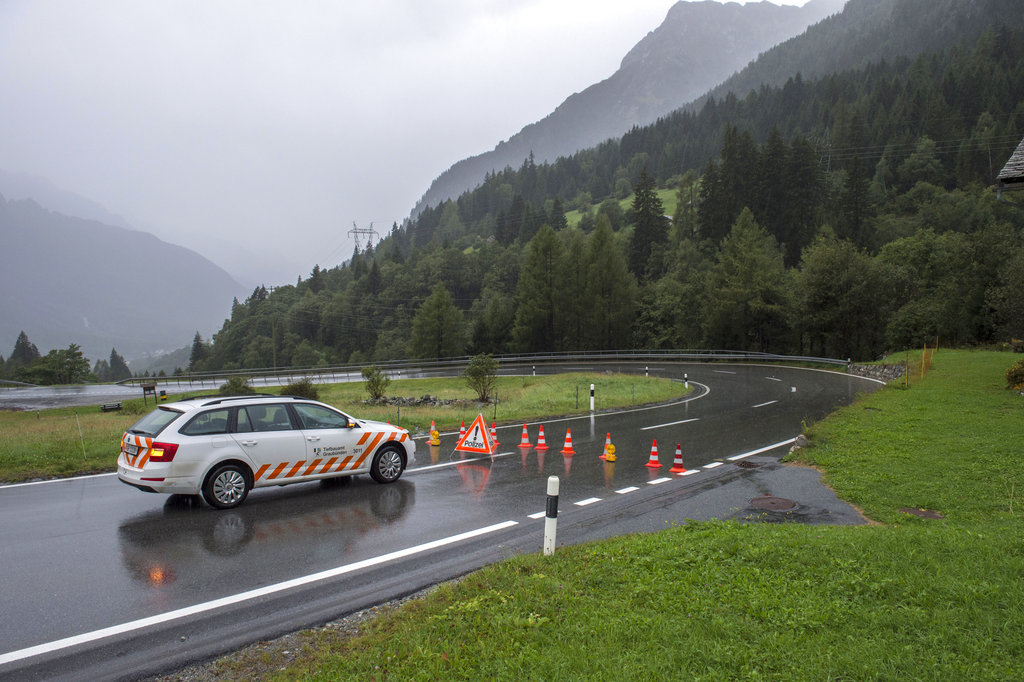 The mudslide demolished several houses in Bondo, the most-hit village from the recent slides where cleanup crews had already been working, and neighboring Promontogno and Spino. No injuries were initially reported. Officials said about a dozen people were evacuated, and the main roadway linking the region to Italy was covered over with mud and left impassable in two places.

Officials blocked off access to the roads, which were said to be the main risk, and warning that more mudslides could come in the area about 130 kilometers (80 miles) north of Milan.

"There is an imminent danger of further rock falls on the mountain, and further mudslides in the valley," said spokesman Christian Gartmann of the nearby town of Bregaglia. "The concerns are real."

Gartmann said flooding in the early morning hours had taken place further north on the regional highway along the Maloja pass, between the villages of Vicosoprano and Casaccia. He was correcting an earlier town statement that said a second mudslide had happened there.

Authorities had already been warning about the possibility that forecasts indicated heavy rainfall on Thursday and Friday could unleash new mudslides following a huge, rocky mudslide on Aug. 23.

That slide was triggered when a rock face broke off the nearby Pizzo Cengalo peak, spilling what authorities said was about 4 million cubic meters (140 million cubic feet) of rocks and mud toward Bondo in the valley. They said the impact was equivalent to 3.0 on the Richter scale.

Over the weekend, rescue teams stopped searching for two Austrians, two Swiss and four Germans who had gone missing following that first disaster.