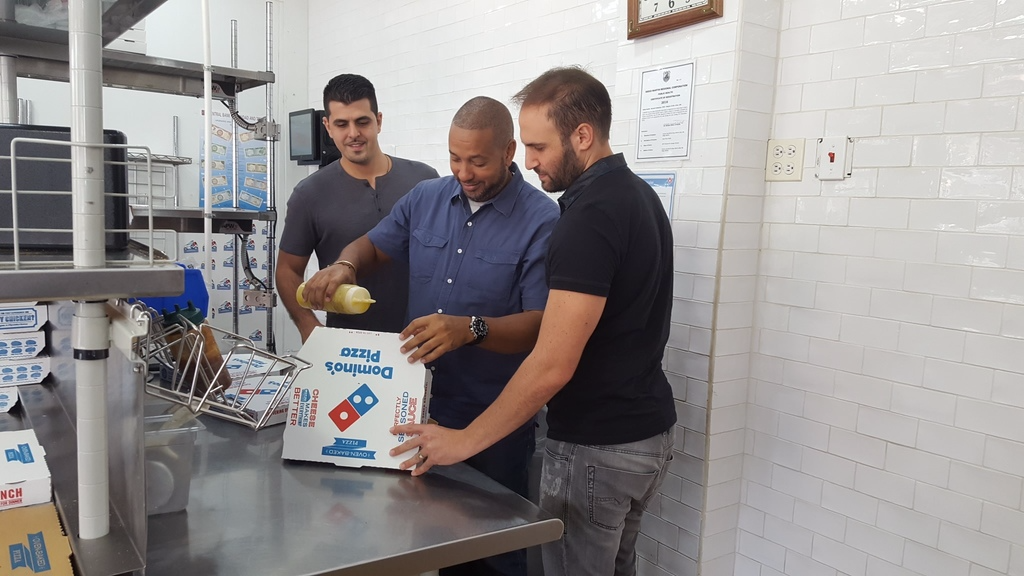 Change is coming to Domino's pizzeria.

The local franchise now has new owners who have big plans for the franchise.

"Being current owners of another successful franchise, Pita Pit, we know that the model works. When a franchise fails to work, more times than not, it's because of ownership.You need to be involved, carefully manage every aspect of the business to ensure each customer gets what they expect!'' said Daniel Fakoory, one of the two entrepreneurs who now own the franchise.

Fakoory and Omar Hadeed, on May 31, signed a deal that would have them assume the ownership of the Domino's franchise here in Trinidad, which currently has three locations locally, Diego Martin, Ariapita Avenue and Chaguanas.

When asked what can customers expect to see differently from Domino's, the duo listed some of their immediate focus points for improvement.

Among them is ensuring product quality by importing through the Domino's approved supply chain only instead of using substitutes.

"We are 100 percent committed to this. We will ensure that when you taste our pizza, it will be the very same taste as any other Domino's pizza worldwide. This is of paramount importance to us. Expect new recipes and ingredients being used in every pizza to ensure high quality and great tasting products," they said.

They also promise great value deals. "We are known internationally and locally for our Two for One Tuesday specials, we are looking to build upon value combos like this and possibly add other promotions to the lineup as we continue to search for additional locations nationwide to eventually serve the entire nation," he said.

Acknowledging that labour and forex shortages are major issues in Trinidad, causing some other franchises to close their doors, the duo believes that all problems have a solution and they are intent on making Domino's a fun place where employees will want to work.

Hadeed also explained that "The franchisor is also very committed to our success and has been making accommodations for us, understanding the shortage of USD currency. We expect to rely heavily on their support to further guarantee the success of the brand here in Trinidad."

Domino's pizza has over 14,000 locations worldwide and has been the fastest growing pizza franchise over the last decade. A lot of their success came from their complete overhaul of the product in 2010, as well as investments in technology, which has left the competition in the dust. Domino's online ordering platform makes ordering a pizza from your phone, tablet or computer, so easy and fun. The technology behind their online platform has won awards internationally and has been recognised as the best in the market.

The question of when online ordering would be made available to customers here in Trinidad, both smirked and exclaimed, "It's already on the way, standby!''

Fakoory added, "Going forward, customers can expect to get a top quality, great tasting pizza when they order from Domino's, and further, they can expect to get this pizza delivered to them faster than anyone else. We are known internationally as the pizza delivery experts and now it's about time for Trinidad to know why. ''

Franchises holding on despite forex challenges