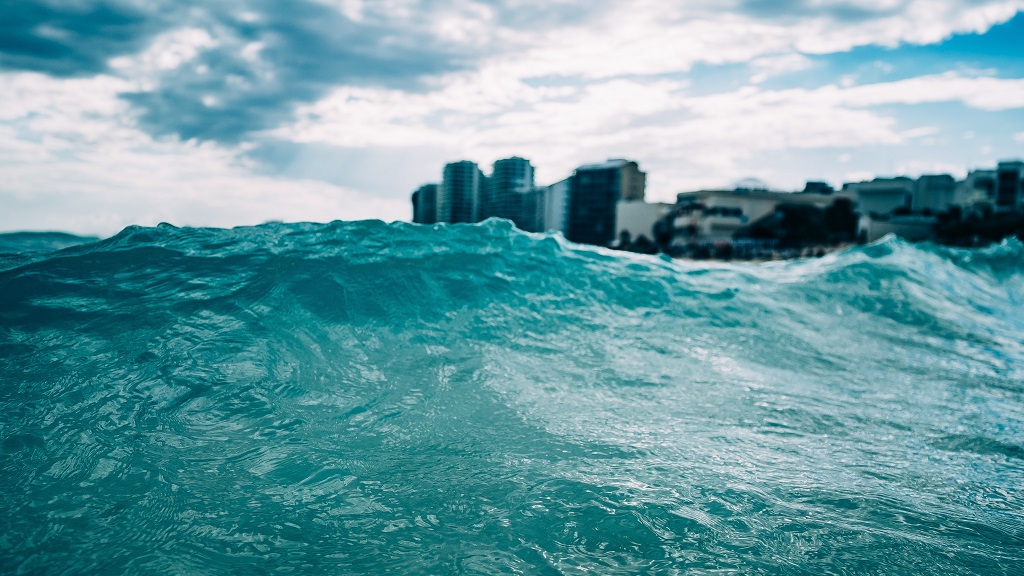 New scientific projections released Wednesday predict that ocean levels will rise even faster than previously forecast over the next four decades in low-lying southeastern Florida, which is already prone to frequent flooding even on sunny days.

Compared with estimates made in 2015, the new prediction is for about 5 inches (12 centimetres) in additional sea-level rise under a moderate outlook by 2060. The projection was released as part of a meeting of the Southeast Florida Climate Leadership Summit, which covers densely populated Miami-Dade, Broward, Palm Beach and Monroe counties.

About 3 inches (7 centimetres) of rising seas have already occurred between 1992 and 2019 in the region, according to the new study. It's become common at high tides — especially the most robust king tides — to flood roads, parks, yards and structures as the water continues to creep upward. Sometimes the water pushes up through inland stormwater systems.

"This is what gets people freaking out," said Gus Zambrano, assistant manager for the City of Hollywood. "It's a wake-up call."

The previous overall estimate for sea level rise affecting the region called for about 2 feet (60 centimeters) higher in 2060 than water levels generally were in 2000. Now, the forecast calls for almost 2.5 feet (73 centimeters) of encroaching water over that time span.

Jayantha Obeysekera, director of the Sea Level Solutions Center at Florida International University and one scientist involved in the new projections, said the key variable will be whether an increasingly warming planet undergoing climate change will cause ice sheets in Greenland and Antarctica to melt more rapidly than previously thought. Other factors are rising ocean temperatures and changes in currents such as a slowing Gulf Stream.

"This is the latest, best available science," Obeysekera said in an interview at the climate summit in Key West. "We have multiple scenarios based on the melting of ice.'"

The projection included input from about a dozen scientists, local government staff experts and officials from the National Oceanic and Atmospheric Administration.

Although the latest projected increase may seem minimal, already governments in the South Florida region are spending hundreds of millions of dollars — with much more to come — on everything from giant water pumps to new sea walls to raising roadways to more innovative approaches such as creating living shorelines that use plants and natural features to keep the water at bay.

City of Miami voters, for example, recently approved a $400 million bond issue to finance a variety of projects, including resilient affordable housing, in part to tackle the rising seas.

"This is not something that is going away in the next year or two," said Julia Nesheiwat, appointed as Florida's first Chief Resilience Officer earlier this year by Republican Gov. Ron DeSantis, who canceled plans to speak Thursday at the climate summit but has pushed environmental issues more than his GOP predecessor, Rick Scott.

"The problem of sea-level rise has come to the forefront of public consciousness," Nesheiwat added.

Roman Gastesi is the administrator for Monroe County, which encompasses the Florida Keys island chain. In the future, he said officials, property owners and businesses will face some tough choices about how to confront the water.

"We can't just raise the whole Keys. There are some places it doesn't make sense," Gastesi said. "We're going to have to retreat from some areas. And that's going to be costly."